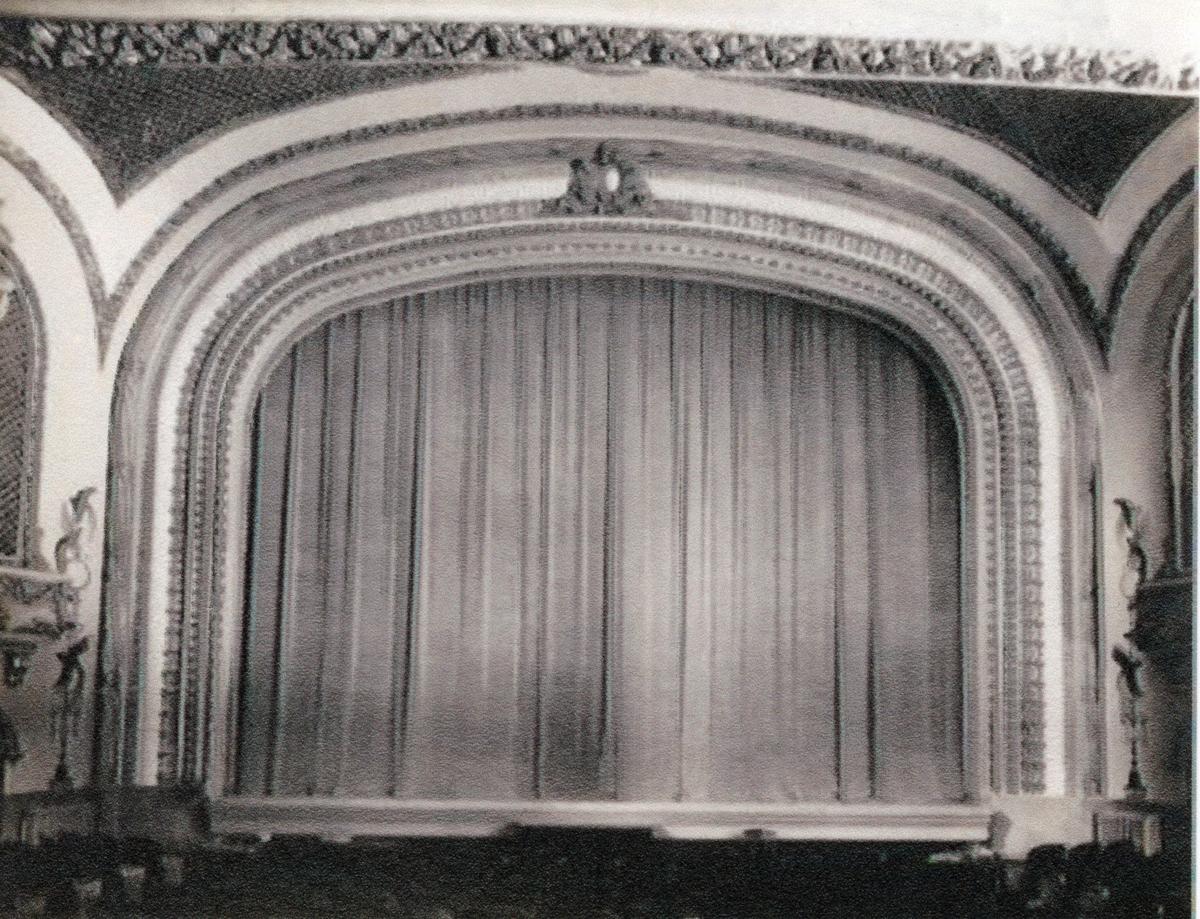 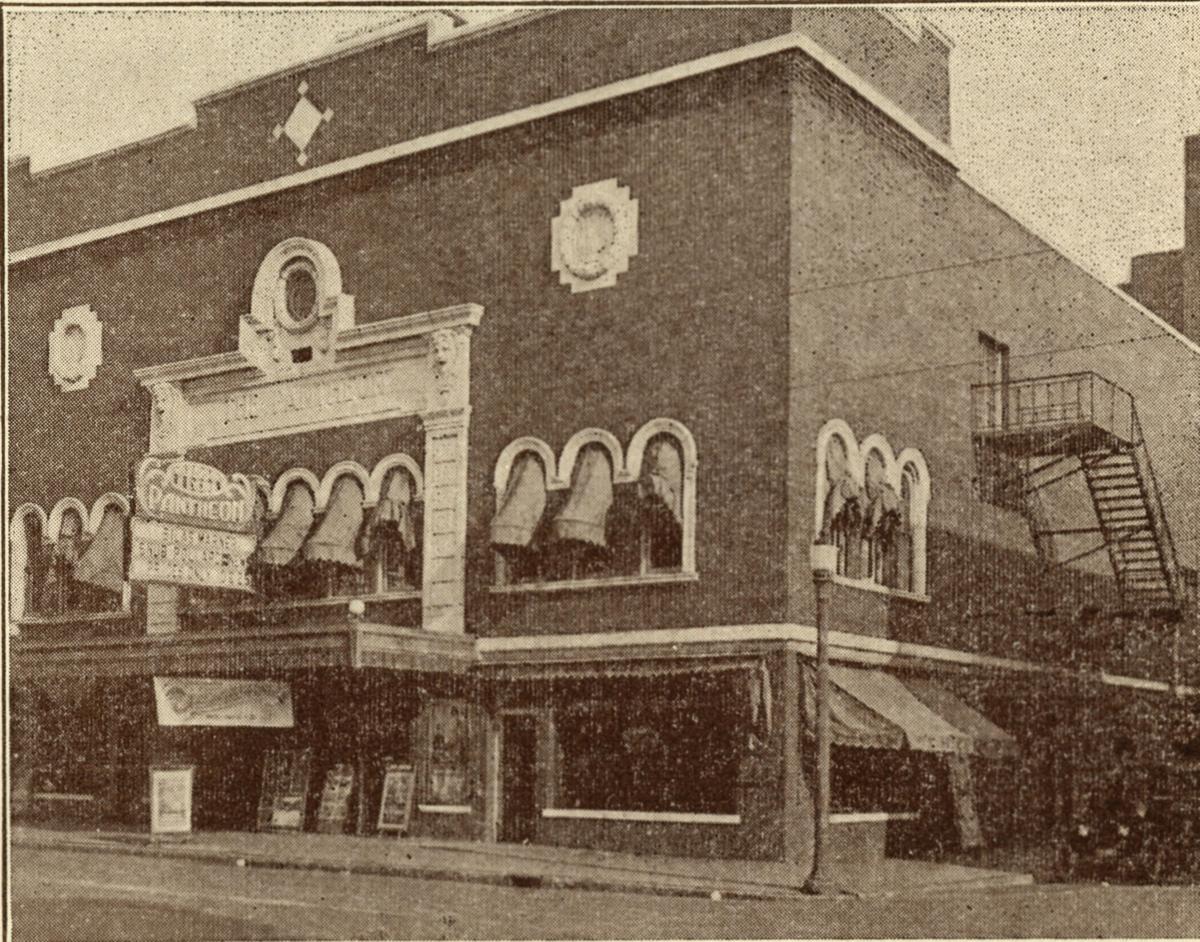 In 1919, the City of Vincennes was in need of a theatre where large productions could be staged, especially road shows that traveled the country. The Grand Opera House, at Second and Busseron streets, which accommodated 1,250 people, closed in 1918 and part of that building had been converted into a cigar factory. There were six other theatres in Vincennes at the time, which showed moving pictures or a combination of pictures and vaudeville, but none of these had the capability to stage large Broadway-type productions.

That year, two young Vincennes men, Louis Wilkerson and Adler Lyons, were back home after service in the First World War looking for new opportunities. The pair formed Wilkerson-Lyons Enterprises, the purpose of which was to own and operate theatres. At the July 22, 1919, weekly meeting of the Vincennes Rotary Club, the men announced their plans to build a large theatre on the northwest corner of Fifth and Main streets, what would become the Pantheon. The theatre would feature both motion pictures and stage shows.

That summer, Wilkerson-Lyons took the first step to acquire other Vincennes theatres. In August they purchased the Lyric Theatre on Main Street.

The company filed articles of incorporation on Oct. 14, 1919, with a capital stock of $165,000 divided into 1,650 shares of $100 each. A three-man board of directors was comprised of Wilkerson, Lyons, and D. Frank Culbertson. Their purpose, in part, as stated in the document, was “To acquire by purchase, lease or otherwise, hold, own, maintain and operate, opera houses, theatres, grounds and other places for the presentation of theatrical plays, operas, concerts, moving pictures, shows and other amusements and entertainments.”

In December 1919, the company bought the Princess Theatre, near Ninth and Main streets. Two additional transactions took place in February 1920, when Wilkerson-Lyons purchased the Alice Theatre at 1409 North Second St. and leased the Alhambra (to be renamed the Rialto) on the corner of Second Street and Swartzel Avenue.

That left two additional theatres in the city, the popular Moon, owned by Theodore Charles at 501 Main St. and the Strand at 605 Main St.

The original investment in the Pantheon was to have been $150,000, but board members later decided to increase that amount by $75,000 for a total of $225,000 (well over $3 million in today’s money) in order to give the Pantheon the best of everything.

Local architect John B. Bayard drew plans for the theatre in the Renaissance Revival style, and on March 23, 1920, T. Frank Willis won the construction contract. Willis had constructed many prominent buildings in Vincennes, among them the Vincennes YMCA, the Clark Junior High School, the Oliphant Building, and the Vincennes Public Library. Victor C. Knauth got the plumbing and heating contract, and Cannon & Fields did the electrical work. Local painter William Okey had the contract for the interior painting.

On Nov. 15, 1919, Wilkerson-Lyons signed a 50-year lease for the lot at Fifth and Main streets. The cost was $2,000 a year for the first 25 years, and 5% of the value of the real estate without improvements for the next 25 years. That deal was made with longtime owner’s Mary and William Ewing. The only thing then occupying the site was some unattractive billboards.

Ground for the Pantheon was broken on March 29. By early July, the foundation was finished, and work had started on the exterior walls, the latter to be of face brick with terra cotta trim. The roof was started that October.

In September 1920, with Pantheon construction well underway, Wilkerson-Lyons Enterprises was thriving with four successful theatres. Wilkerson served as president of the company, Lyons as secretary, and Joseph Bayard, Jr. as treasurer. The board of directors was then made up of Joseph L. Bayard, Sr. (President of the First National Bank); Lucius R. Henley; and Merlin R. Moser.

Work on the Pantheon’s interior continued through the winter and spring months of 1921. There were hopes of a mid-March opening, but various delays made that impossible. In January, plastering was underway. James W. Spain, of Evansville was in charge of ornamental plaster work. In April, interior decorators were at work, overseen by “Jimmie” Reeve, of Mandel Brothers in Chicago, one of the most sought-after decorators in the country. The color scheme was Harding blue and orange. Decorations included freehand paintings of Birds of Paradise.

At the end of April, the grey leather seats were being installed. The theatre would seat 1,200 people.

The Pantheon boasted a Typhoon Cooling System, made by a New York company, that circulated air, and scenery and curtains from a Minneapolis company. Music would be provided by a $16,000 Wurlitzer Unit Orchestra organ.

Finally, over a year after ground was broken, the announcement was made that the Pantheon would have its highly anticipated grand opening on Monday, May 16, a century ago this month.

Brian Spangle can be reached at brianrspangle60@outlook.com. His latest book. “Hidden History of Vincennes & Knox County,” published last year by The History Press, is available for purchase at the Knox County Public Library and on Amazon.