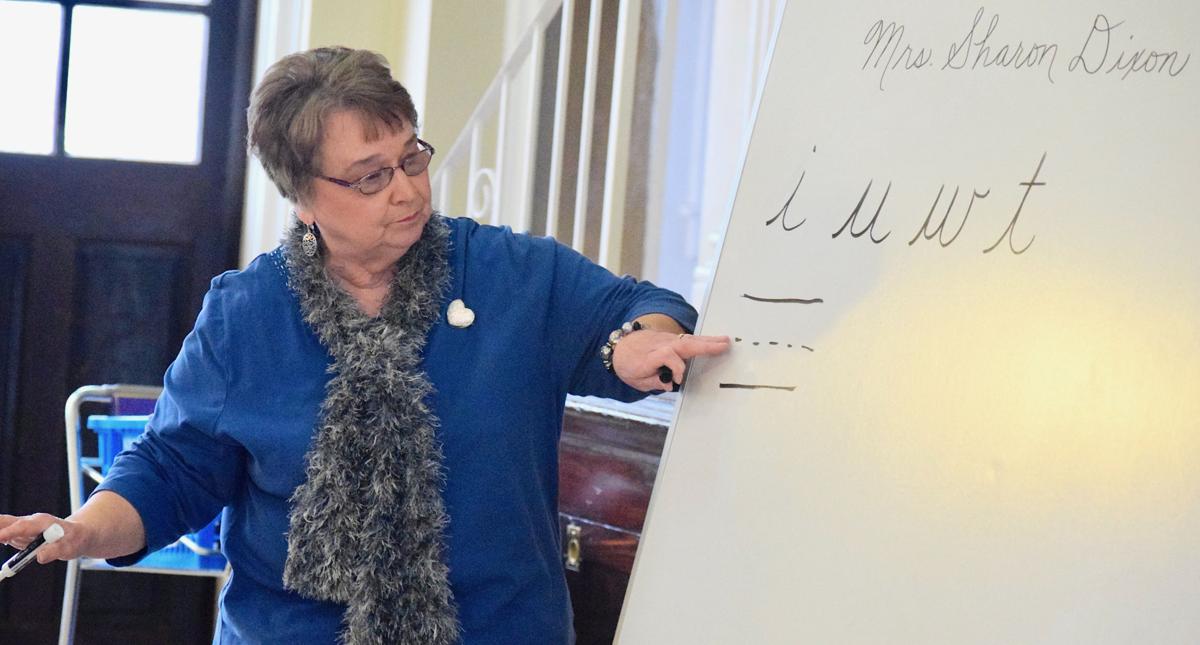 Retired teacher Sharon Dixon speaks to a group at the Vinennes Fortnightly Clubhouse on Saturday morning at a cursive writing workshop sponsored by the Knox County Public Library. The workshop, the first of five, drew about 25 people, both young and old. 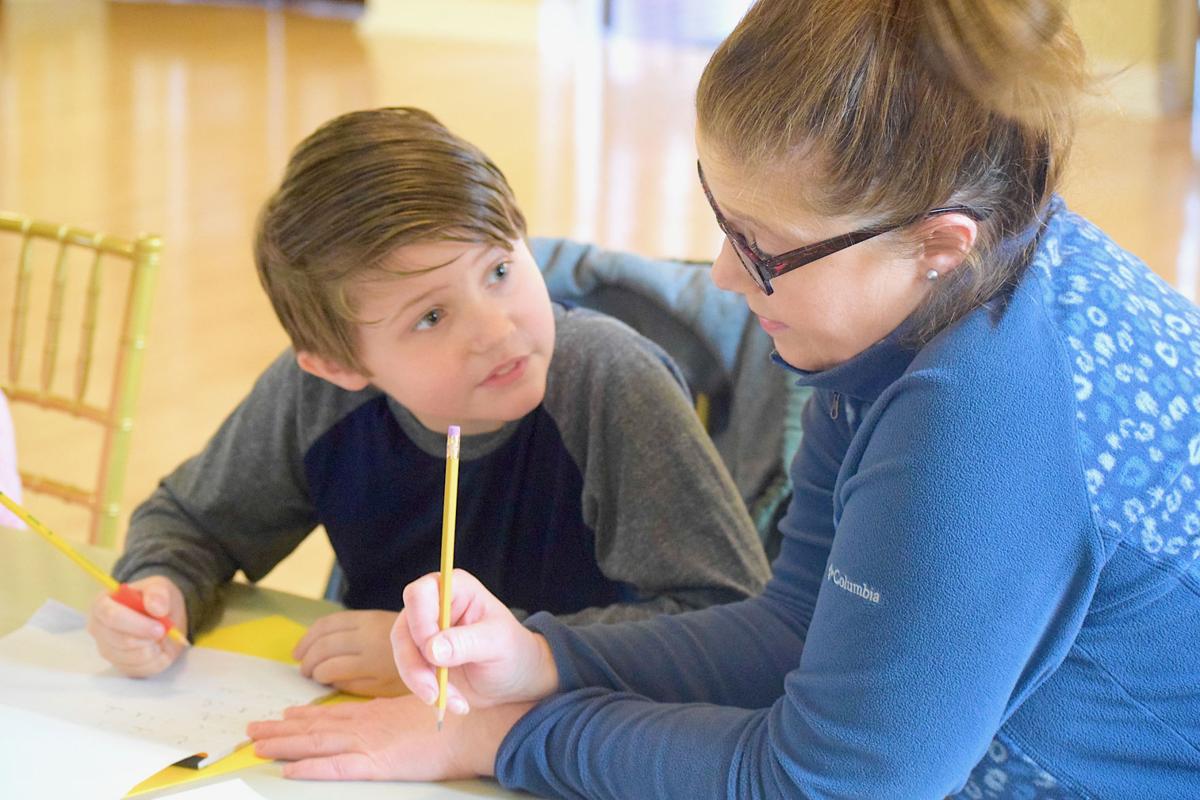 Jacob Carie, 9, asks his mother, Michelle Carie, a question during a cursive writing workshop held at the Vincennes Fortnightly Clubhouse on Saturday morning.

Retired teacher Sharon Dixon speaks to a group at the Vinennes Fortnightly Clubhouse on Saturday morning at a cursive writing workshop sponsored by the Knox County Public Library. The workshop, the first of five, drew about 25 people, both young and old.

Jacob Carie, 9, asks his mother, Michelle Carie, a question during a cursive writing workshop held at the Vincennes Fortnightly Clubhouse on Saturday morning.

"Students" of all ages turn out for cursive writing workshop

So her mother, Becky Blande, thought a trip out east to see the Declaration of Independence and the U.S. Constitution in order.

There was just one minor problem: kids aren’t taught to read or write in cursive in public schools anymore.

So when Becky saw that the Knox County Public Library was sponsoring a free cursive writing workshop, she signed them both up.

“I knew she hadn’t learned enough in school, so I thought this would be a good opportunity before our trip,” she said. “I want her to be able to read the Declaration, the Constitution, and she agreed (to the workshop) if I would do it with her.”

“I wanted to do it, honestly,” Maggie piped up. “I remember learning to write my name (in cursive) in second grade. It was easy, fun.

“So I’m excited to learn more.”

Retired school teacher Sharon Dixon and library staff member Janet Kitchin are leading the workshop, which began Saturday and will run for five consecutive Saturdays from 11 a.m. to noon.

The first workshop drew about 25 people of all ages — all pre-registrants — and Dixon, for one, was thrilled.

“I think it went very well,” she said as the group of writing students gathered their belongings and left out the front doors of the Vincennes Fortnightly Clubhouse, 421 N. Sixth St. “The had questions and seemed excited to learn, excited especially to make some words.”

They began the class by practicing simple letters, ones at the center of many words in the English language, letters like “i” “u” “t” and “w.”

Each student then took turns practicing the strokes, first in the air with their index fingers and then on pre-lined pages provided by Dixon.

By the end of the class, they were writing words using the letters they’d learned and even challenging themselves to try the ones they hadn’t.

Dixon, too, was encouraged to see a mix of ages, from third-graders, the youngest allowed, to high school age students and even a few elderly.

Donna Ross, for instance, a 78-year-old Vincennes woman, decided to sign up for the class, not because she didn’t already now how to write in cursive — she knows full-well, she will tell you — but because a recent stroke left some of her fluid movements difficult.

“I’ve lost some mobility,” she said, her right hand leaning on a cane. “I lost some dexterity, and I thought this might be a great way to get it back.”

Michelle Carie brought along her son, 9-year-old Jacob Carie, because she became concerned that he wasn’t learning cursive writing in schools.

It’s a piece of curriculum that has fallen away as teachers are forced to adhere more closely to ever-changing state standards in terms of math, language arts and science.

“I wish they would teach this in school,” Carie said as she watched with careful eyes her son making the new cursive strokes with his pencil and paper. “And it’s not so much the writing part — I want him to be able to read it.”

When asked if he was enjoying it, Jacob responds with a toothy grin.

Kitchin watched the first of the five workshops from the side of the room, excited, too, at the large turnout.

“We had a 25-person limit but we took more,” she said. “And it just really shows that people are interested in it. It’s a skill that really must be taught. Youth haven’t been taught to read in cursive, so what happens when they get a greeting card from grandma that says, ‘I love you,’ and they can’t read it?

“Cursive writing is everywhere you look,” she said. “And if you can’t read it, if you can’t write it, it’s like a foreign language.”

“Several years ago, she asked me to teach her how to write her name, so she can do that. We’re still working on that last name,” she said with a chuckle.

“When I told her about (the workshop), she said she was interested. And I think it’s a great idea.,” Lee said. “At this rate, it is going to be like a foreign language. And I’m honestly less interested in her being able to write in cursive as I am her being able to read in it. My mom writes in cursive all the time, so she needs to be able to read it.”