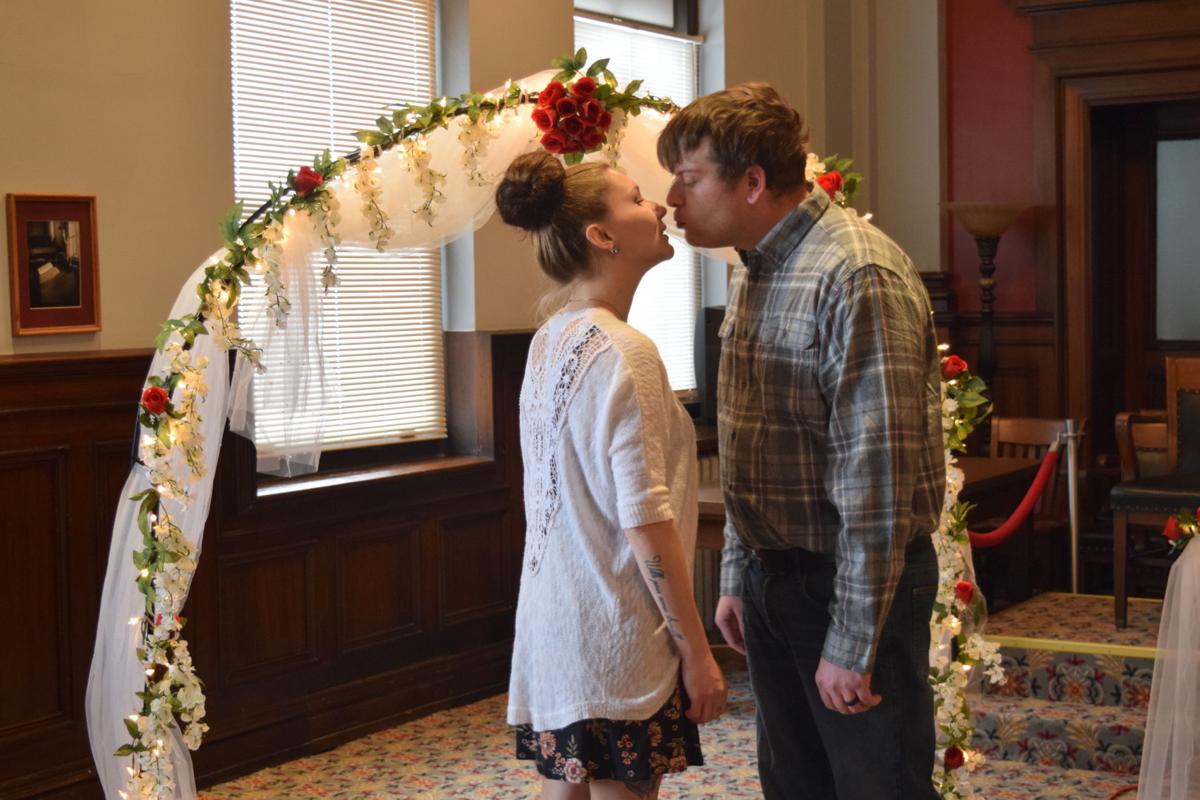 Shane and Jenna Ridge, Wheatland, got married at the Knox County Courthouse on Friday by County Clerk David Shelton as part of his inaugural Weddingpalooza in celebration of Valentine’s Day. 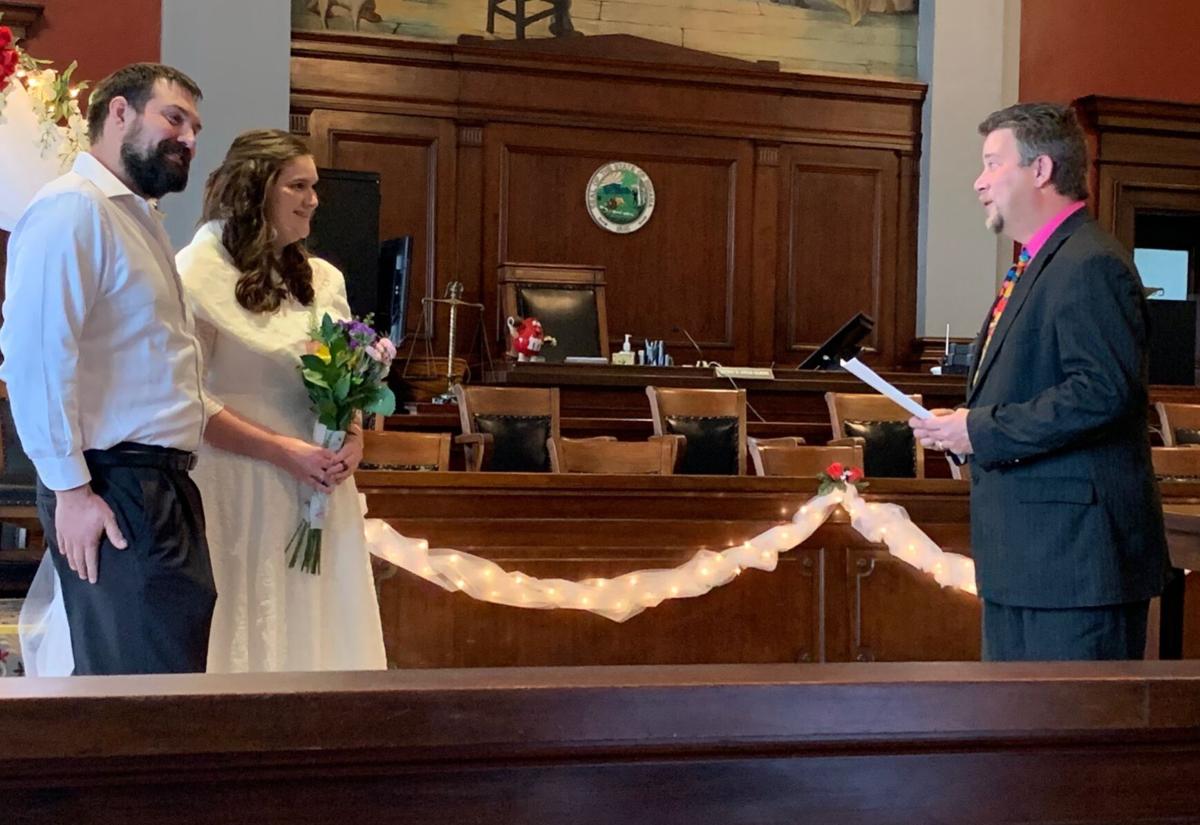 Shane and Jenna Ridge, Wheatland, got married at the Knox County Courthouse on Friday by County Clerk David Shelton as part of his inaugural Weddingpalooza in celebration of Valentine’s Day.

Jenna Ridge thought maybe she wanted a big wedding, but as she gave it more and more consideration, the reasons against it kept piling up.

“I just thought, ‘Why?’ ” she said from inside Knox County Circuit Court Friday afternoon, a twinkle light and tulle-wrapped arch illuminating the space behind her. “We’ve been together eight years. We have a child. I decided I’d rather spend the money on something else, maybe a trip later.

“That and I always had a fear of tripping as I walked down the aisle,” she said with a smirk.

Her now husband, Shane Ridge, didn’t much care either. He just wanted the date itself to have special meaning.

They finally settled on a simple ceremony at the courthouse, and when they called a month ago to schedule the date, County Clerk David Shelton had the perfect compromise — Weddingpalooza, an inaugural wedding marathon to celebrate Valentine’s Day, a day dedicated to love.

“So we figured, ‘why not?’ ” Jenna said with a shrug of her slight shoulders.

He got his first request to perform a wedding ceremony about four months into his first year.

Turns out, he loved it. So he kept doing it. Currently, he averages about two ceremonies per week; in nice weather, he performs them out on the courthouse lawn.

“I just get a kick out of it,” he said, “to be part of someone’s joyous occasion, a small part, at least.”

Shelton said when the pandemic began in March, he started seeing an uptick in the number of requests he received.

As COVID-19 shuttered businesses and prevented any kind of large-scale affairs, couples looked to something more simple.

“A lot of people in the last year have had to put their plans on hold,” he said. “This at least gives them the opportunity to tie the knot now. And, hopefully, when the pandemic passes, they can have their big event.”

So weeks ago, as Valentine’s Day approached, Shelton thought he’d open the Friday before up to any couples interested in getting married. He reserved Circuit Court, even hung some decorations.

“I wanted to do something big,” he said, adding that he had hoped to do 25 ceremonies in one day.

In the end, he did five — which broke his previous single day record by one ceremony.“And maybe next year, I’ll do more,” he said hopefully. “Next year, Valentine’s Day will be on a Monday.