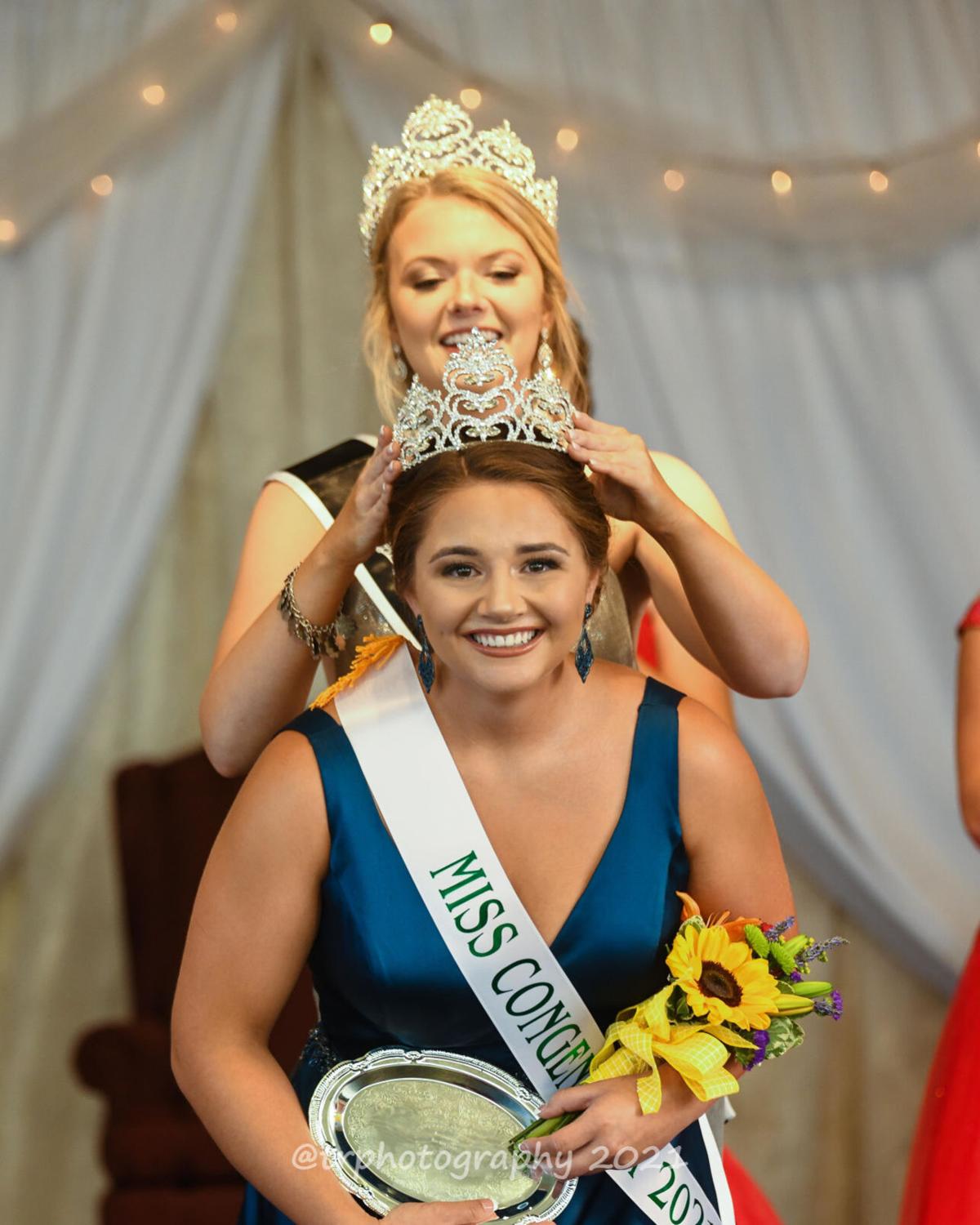 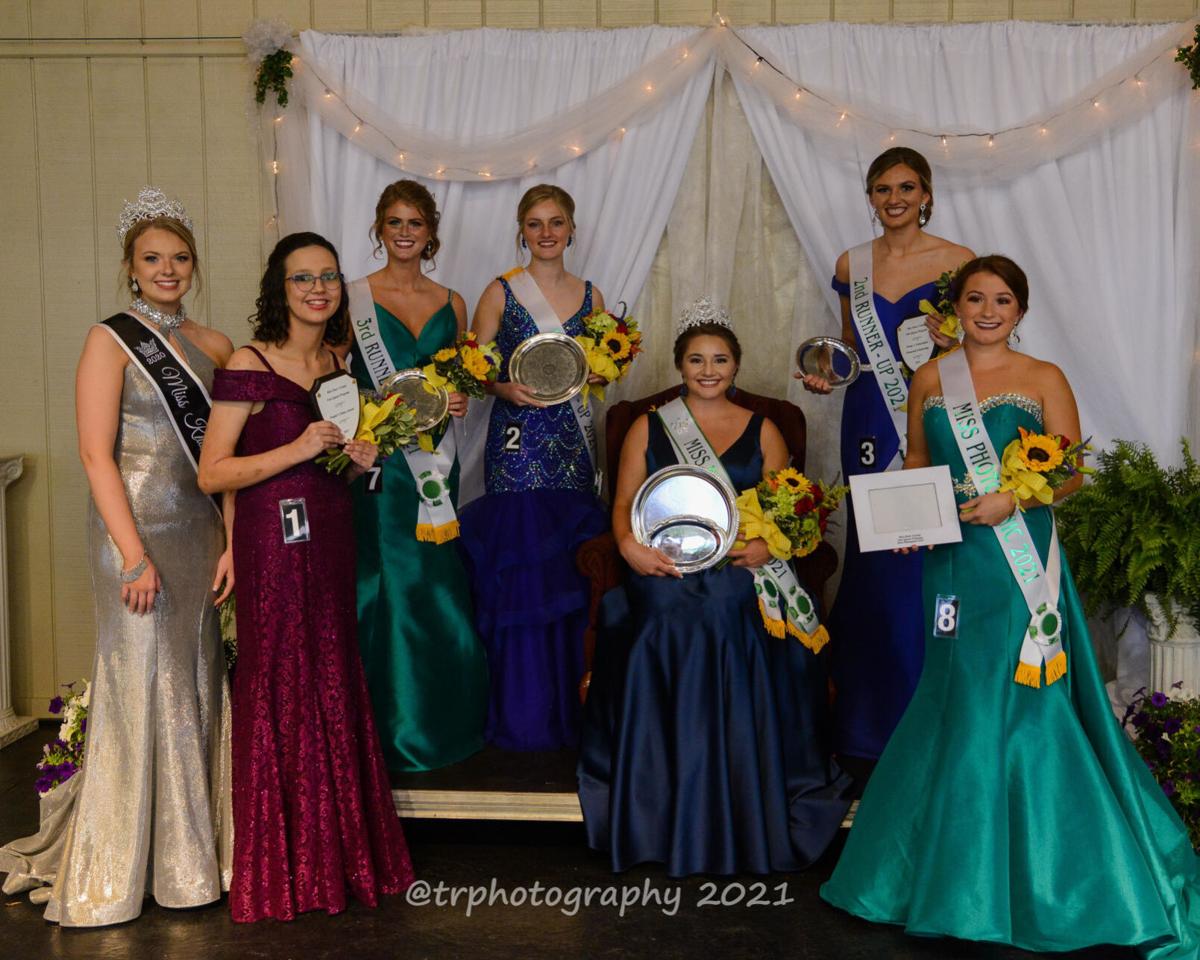 Rayne Held, the 2021 Knox County Fair Queen, her tiara sparkling in the late morning sun, hurried with overflowing arms to her mom’s vehicle parked just outside the Vincennes University Pavilion.

Having just competed in the dog obedience show Tuesday, she quickly changed clothes, donned her sashes once again, stowed away her things for safe keeping and was off, this time to help alongside her court with the cattle show underway in the livestock arena.

Such is the busy life of a fair queen.

“4-H has been in my family for generations,” she said with a wide smile. “It has always been a passion of mine, being a role model for younger kids.

“I remember, when I was young, looking up to those older kids, the girls in the pageant and the ones in the show ring. They always had smiles on their faces, would talk to me and were outgoing. I wanted to be just like them.”

And now she is embracing a chance to be a role model for others.

“I want to be the queen all the little girls look up to and the one the little boys want to grow up to respect,” she said. “I want to be a strong role model and support everyone around me.

“I think it’s amazing I’m getting this opportunity.”

She also, for the second year in a row, was named as Miss Congeniality, a title she proudly bears.

“Last year was my first year competing in the pageant, and to win Miss Congeniality was so exiting,” she said with a grin. “I just loved the girls, so of course I wanted to come back, both for those relationships and to meet the new girls.

“I was very tenacious,” she declared, “and came back to win.”

A ten-year 4H-er — and with three years prior to that participating in mini-4-H — the fairgrounds in Bicknell have been like a second, summertime home to Held.

She’s shown, she said, “a little bit of everything” over the years, including cattle, horses, dogs, poultry, and cats, as well as projects in photography, fine arts and veterinary science, among others.

See inside a tiny home built for the homeless

Her list of showmanship and championship awards is a long one, and she graduated this year from North Knox Jr. Sr High School with academic honors.

She will go on, she said, to attend Lincoln Trail College in the fall to play volleyball all while working toward an associates degree.

She then plans to transfer to Purdue University to earn a degree in animal science. And while her mind isn’t totally made up, she may pursue a career as a veterinarian.

During the competition Monday, she said she had a good feeling about the outcome.

“I just felt like I was really clicking with the judges,” she said. “I felt welcomed by them and everyone was so loving and caring.”

Her support system, too, was a large one, all of them donning T-shirts with her name and symbols of some of her most-loved livestock categories.

“All of them, my parents, I wouldn’t be here without them,” she said, casting a loving glance back at her mom. “I’d need to be taking care of my animals 24/7 and not being able to run around and do all of this.

“I had a huge support group here. It was quite the picture afterward,” she said with a chuckle.

And when her name was finally announced as the winner, she was elated.

“I thought, ‘Finally, all of this has paid off, and now I get to serve Knox County in the way I’ve always dreamed,” she said.

“I get to reward the little ones, help with all of the shows, go to all the grandstand events and represent my county.

But my favorite part is the people,” she said. “I love being with the people.”