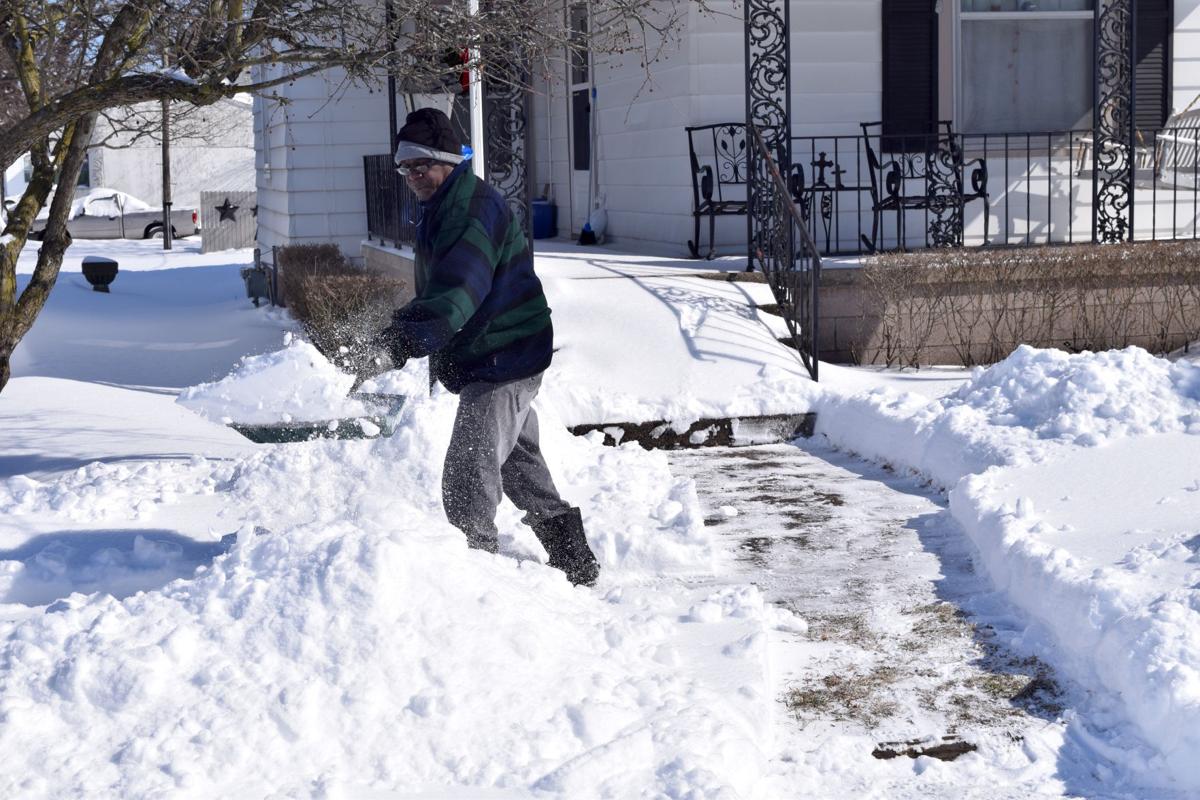 Houston Bond, a resident of the 1300 block of Church Street, shovels his walkway Tuesday morning after a winter storm dropped nearly a foot of snow Monday in Knox County. 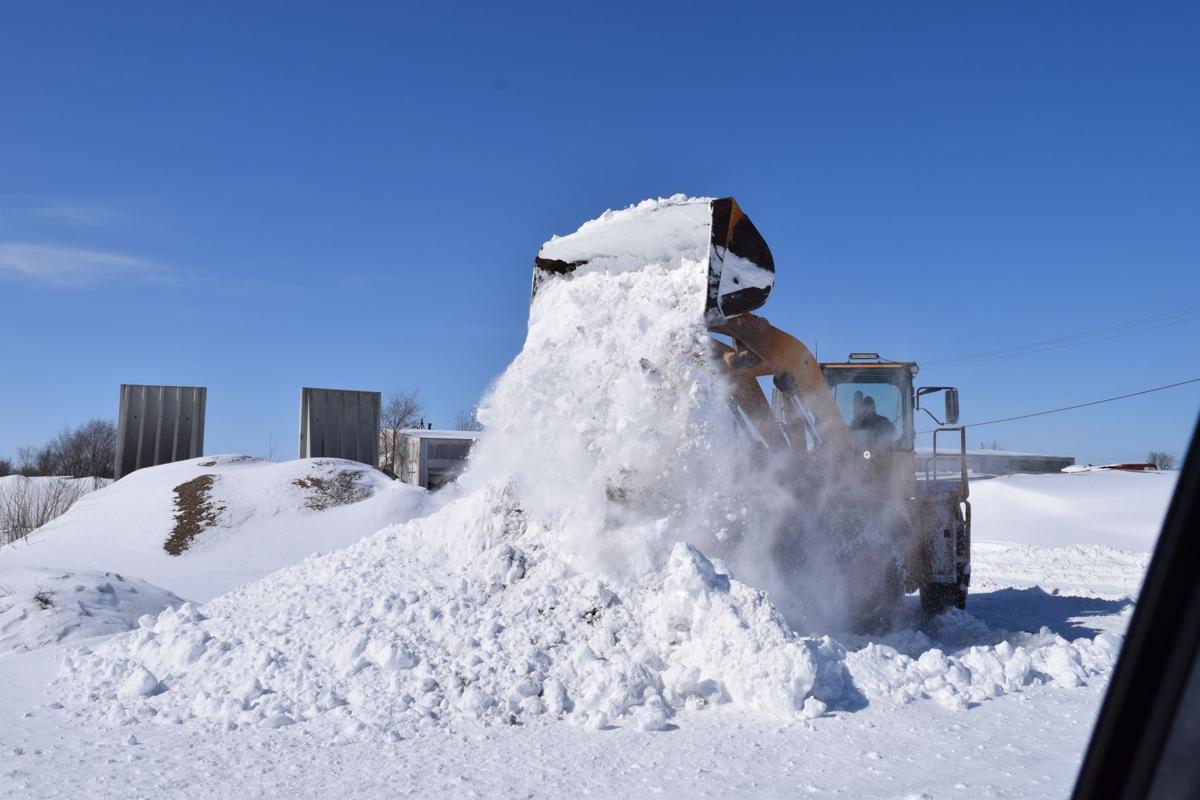 Houston Bond, a resident of the 1300 block of Church Street, shovels his walkway Tuesday morning after a winter storm dropped nearly a foot of snow Monday in Knox County.

Local residents awoke this morning to nearly a foot of snow and began the ardent task of digging out from underneath it all, even as yet another winter system bore down on Knox County.

Meteorologists with the National Weather Service in Indianapolis say most spotters in and around this area reported about ten inches of snowfall associated with a winter storm that blew across huge swaths of the U.S. Monday and Tuesday, dropping record amounts of snow and ice, stranding motorists and shuttering schools and businesses.

Winds then set in overnight, drifting the snow across county roads and driveways, leaving many rural residents unable to leave their homes.

County highway superintendent Benji Boyd said his crews attempted to fight the winter storm in its midst, but their efforts proved futile.

“They would plow a lane and by the time they turned around to do the other side, it would be drifted over,” Boyd said with a sigh. “We had four trucks stuck in ditches about 10:30 p.m.

“That’s when we decided to give it up for the night.”

The snowfall finally stopped just after about 11 p.m. Monday, and while temperatures in the single digits remained, abundant sun Tuesday did help, Boyd said.

Even still, he added, it’s going to take his three county foremen — and each with just six drivers — awhile to plow through 870 miles of county road.

“Obviously, if somebody needs something, if there’s an emergency situation, we’ll try to get there. But this is going to take us all week,” he said. “This is unprecedented for a lot of us. I’ve been trying to convince my guys that this is going to be a marathon run by a tortoise, not a sprint run by a hare.

“And if we get more snow, that’s just going to throw everything into turmoil again.”

The county commissioners did declare a state of emergency Monday night, downgrading the travel advisory to the most-severe red; all unnecessary travel was prohibited Monday night and all day Tuesday.

They did, however, lift those travel restrictions Tuesday evening, upgrading the county’s travel status to orange or “Watch,” which allows for essential travel, such as that to and from work.

Sheriff Doug Vantlin Tuesday morning said most county roads remained impassable; those that weren’t only had one drivable lane.

City police chief Bob Dunham said the city, however, fared well. Local traffic was light at the height of the storm, and officers didn’t respond to any accidents or slide-offs at all.

Bryce Anderson, superintendent of the city’s Street and Sanitation Department, said crews — working in a dozen trucks — had been plowing non-stop since the storm ran its course Monday night. By Tuesday afternoon, the city’s snow routes were mostly clear. In some areas, actual pavement was peaking through.

Most of the city’s side streets and neighborhoods, however, were not navigable without 4-wheel drive.

Anderson said crews were working on clearing a path down some of the city’s side streets, but it would likely be impossible to get to them all.

“A lot of our side roads are still a mess,” he said. “We’ll keep going, but usually a natural thawing helps before we can.”

And, fortunately, meteorologists say this next system doesn’t look to pack the punch they originally thought it might.

Another winter storm is expected to move in late today, said Andrew White, a meteorologist with the NWS in Indianapolis, but it’s likely to only drop about an inch of fresh snow.

“I think you’ll see most of that fall tonight,” he said. “And while there is still some variability with this system, I think you’re looking at about an inch.

This next system, he explained, is tracking farther to the south and east, and is gaining momentum across the Gulf states, which is robbing it of the moisture it needs to create another major snowfall.

“And I think we’ll be done with all of this by Thursday morning,” he said.

It will, however, remain cold.

Highs today and tomorrow will reach only about 20 degrees; lows will be in the single digits through Friday.

This weekend, however, temperatures will begin to increase, reaching an anticipated 29 degrees on Saturday and a much higher 37 degrees by Sunday.

“And there is hope for even warmer temperatures next week,” White said. “We’ll be into the 40s, maybe even low 50s by midweek.”