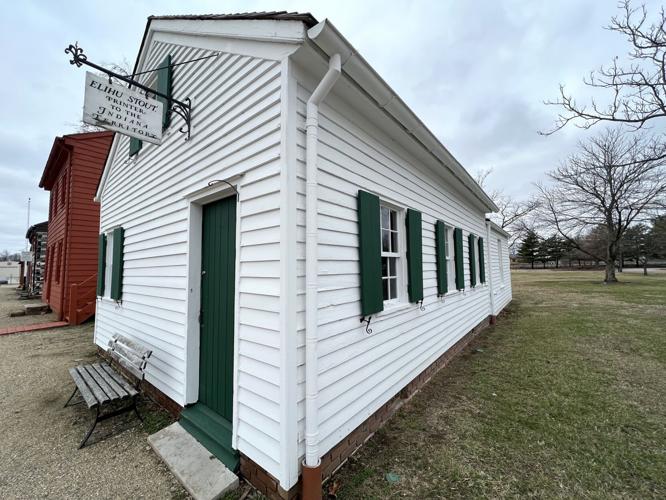 Elihu Stout’s original print shop is available for tours at State Historic Sites. Organizers of the Spirit of Vincennes Rendezvous announced this week the theme for the 46th annual event, which will shine a light on Indiana’s oldest newspaper. 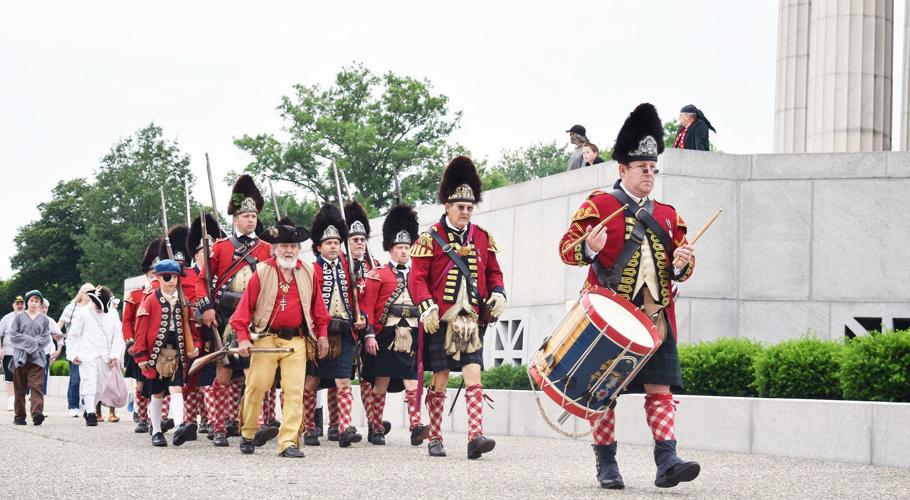 Elihu Stout’s original print shop is available for tours at State Historic Sites. Organizers of the Spirit of Vincennes Rendezvous announced this week the theme for the 46th annual event, which will shine a light on Indiana’s oldest newspaper.

Organizers of the Spirit of Vincennes Rendezvous have announced the theme for the 46th annual event, which will shine a light on Indiana’s oldest newspaper.

A press release issued this week named “Elihu Stout and the First Newspaper of the Indiana Territory” as the 2023 theme for the popular Revolutionary War reenactment event.

“When William Henry Harrison was first here in the Indiana Territory, he wanted a newspaper, so he brought Stout out of Kentucky and the first printing press of Indiana was here, which we thought was noteworthy,” said Mark Hill, longtime marketing director of the event. “We have celebrated Harrison for it in the past, but not Stout.”

It was in 1804 that a young Elihu Stout came to Vincennes. The Indiana Territory was then governed by Harrison who was seeking a printer with the ability to publish legal notices as well as territorial laws.

Stout, a 22-year-old New Jersey native and journeyman printer filled the position, settling into a room of an abandoned Fort Knox I, located on what is now known as First Street, near the Wabash River.

It was along the river that Stout’s tools and printing press — a wooden press manufactured by Adam Ramage — were delivered from Kentucky.

In the summer of 1804 the first bi-weekly issue of what was then called the Indiana Gazette was published, marking the beginning of the free press in the territory.

Hill says in exploring possible themes for the Rendezvous, committee members consider a whole host of historically significant individuals or historical moments that fit within the timeframe of the founding of Vincennes in 1732 to the War of 1812.

“Then we look for artisans and reenactors that can help us highlight that theme,” he said.

This year, for instance, he says artisans such as bookbinders will be spotlighted to draw attention back to the significance of print materials and information.

Too, said Hill, attendees can expect marketing materials to look a little different this year as a way to harken back to Stout and the early days of printing in Vincennes.

When Schools Ask Students About Suicide, Those At Risk Get Help Sooner

“Instead of having a shiny program, we’ll likely have something that resembles the paper of that time period, and on our posters and buttons used for entry, you will see a printing theme, likely using colors such as black and tan that seem more period appropriate,” he said.

The popular Revolutionary War reenactment saw record-breaking crowds of more than 25,000 attendees in 2021, and nearly as many last year, as locals and tourists filled the grounds of the French Commons.

Organizers have credited good weather and a return to some sense of normalcy after 2020 with bringing crowds in such large numbers.

Last year’s Rendezvous theme focused on sharing the story of a ship that arrived too late, the Willing, one of the lesser-known facts of Clark’s conquest.

The original plan was to have a supply ship bring weapons and food for the soldiers as they traversed across these wetlands on their way to take the fort.

“But the Wabash then was a sea, without many boundaries, so that ship took longer to get to Clark and his men,” Hill said. “By the time the Willing got here, the fort had already been captured.”

The Willing was, however, still useful in that it transferred prisoners later.

It’s those kinds of unique stories, Hill says, the committee seeks each year when selecting a theme.

This year’s Spirit of Vincennes Rendezvous is slated for May 27-28 of Memorial Day weekend.

Residents interested in volunteering with the group are encouraged to visit www.spiritofvincennes.org to sign up on the volunteer tab, or attend the organizational meetings, held at 6:30 p.m. on the second Tuesday of each month at Old Town Players, 432 Broadway St.

Add an entry as anonymous