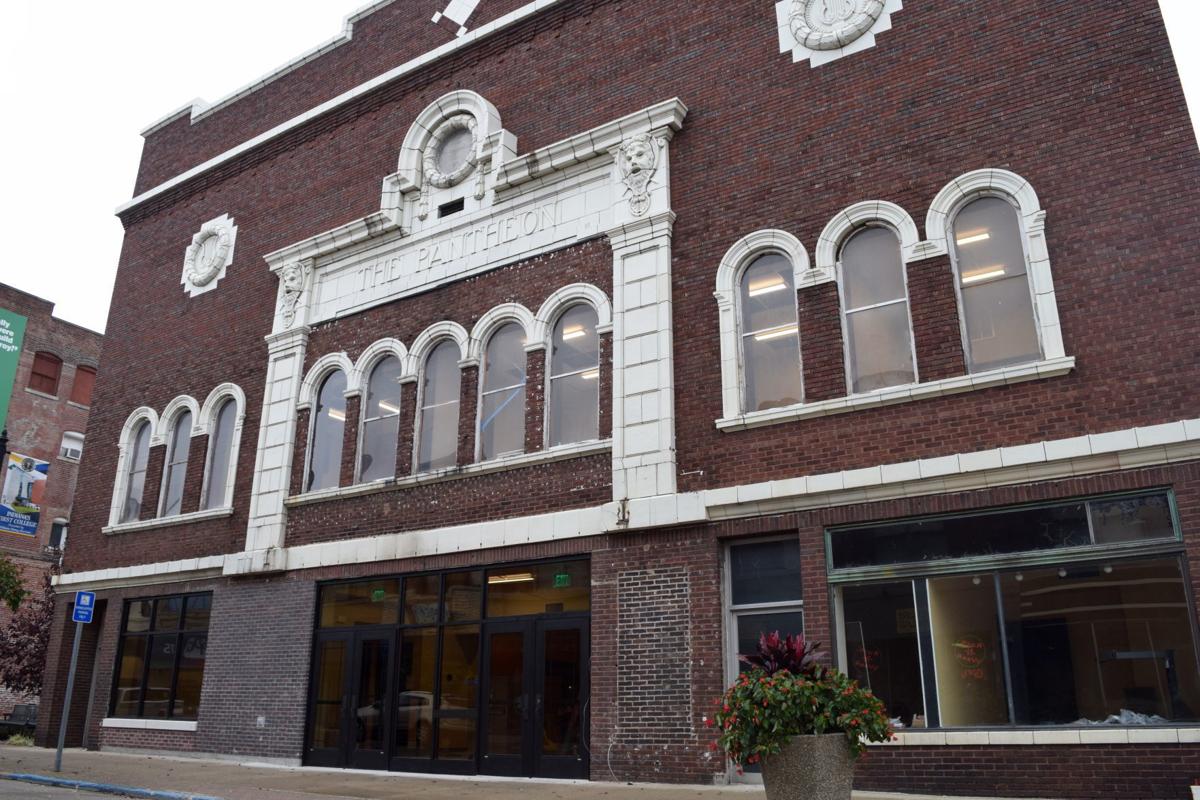 The exterior of the Pantheon: A Business and Innovation

Theatre at 428 Main St. is set for a major upgrade. 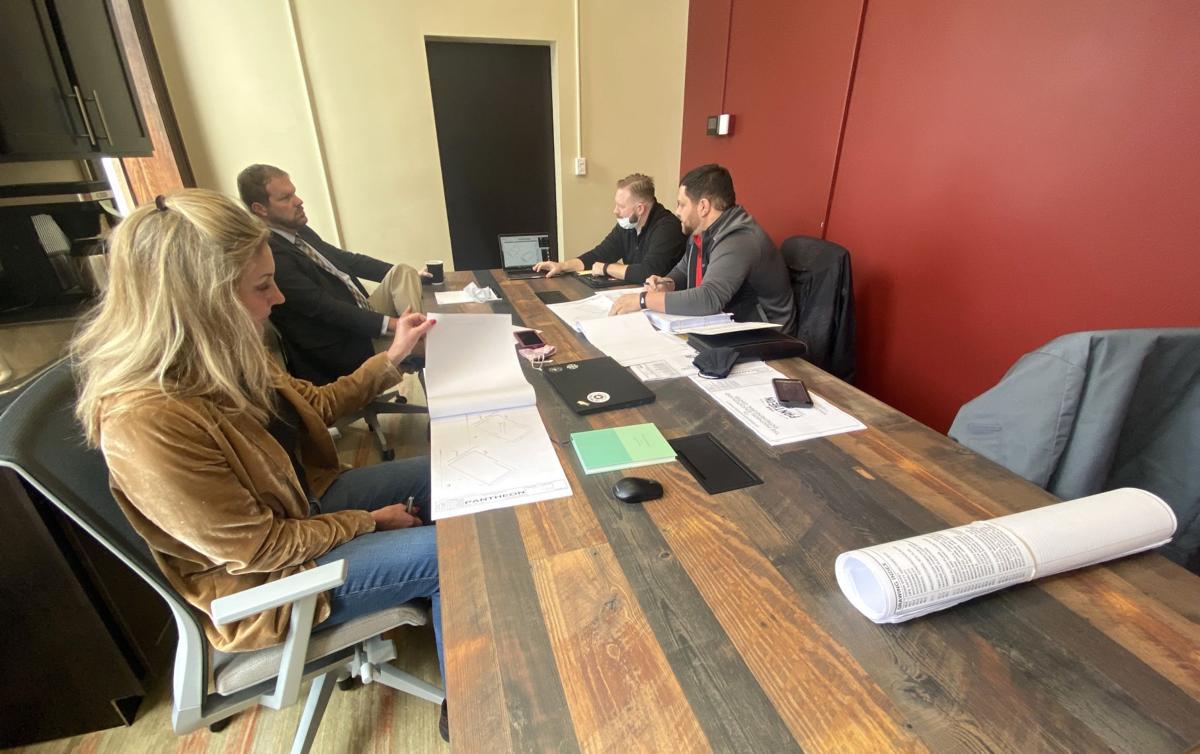 Nichole Like, executive director of the Pantheon, and county attorney Andrew Porter (both left) meet with members of the Pantheon Board virtually as well as Alan Knepp and Callahan Jordan, both architects with Myszak and Partners Architecture and Development, regarding exterior improvements planned for the co-working space at 428 Main St.

The exterior of the Pantheon: A Business and Innovation

Theatre at 428 Main St. is set for a major upgrade.

Nichole Like, executive director of the Pantheon, and county attorney Andrew Porter (both left) meet with members of the Pantheon Board virtually as well as Alan Knepp and Callahan Jordan, both architects with Myszak and Partners Architecture and Development, regarding exterior improvements planned for the co-working space at 428 Main St.

Members of the Pantheon Board on Thursday gave their stamp of approval to a preliminary design for exterior improvements set for the Pantheon: A Business and Innovation Theatre.

The city this fall secured a more than $730,000 federal grant to help pay for an exterior restoration of the historic theatre-turned-co-working space at 428 Main St.

Architects with Myszak and Partners Architecture and Development, Vincennes, have been working to outline exactly what all that work will entail — everything from new windows and doors to much-needed tuck-pointing and terra cotta restoration — and now with the Pantheon Board’s blessing, the design will be sent to the Economic Development Administration for final approval.

Alan Knepp with Myszak and Partners said while they can’t be certain when the EDA will offer a go-ahead — or of what questions officials there may have — architects do have a timeline they’d like to try to stick to.

Knepp told the Pantheon Board — a 5-member group comprised of appointments made by city and county elected officials — that they hope to have EDA approval in as little as three weeks, which would allow them to bid the project in mid-March.

They’d like to receive bids, he said, about a month later and award the contract in May.

Sticking to that timeline, however tight, he said, would allow them to issue a notice to proceed to a contractor as early as June 1.

That would then give the contractor until Dec. 31 to finish. Any later and Knepp is worried about winter weather causing delays.

“If this (timeline) gets pushed back too much, you can see the weather we’re having,” he said, nodding toward one of the Pantheon’s large second-floor windows to the near foot of snow that has fallen in the last week.

“If that happens, I worry (completion) wouldn’t then be until the spring of 2022.”

Included in the exterior restoration is several new windows on the second floor as well as a restoration of the storefront windows on its Fifth Street corner.

The building, too, will get other, new exterior doors — the main entry doors have already been replaced — as well as tuck-pointing to about 90% of the building’s brick exterior, including the restoration of the wall leading back to the restrooms in the adjacent pocket park.

Shaq explains why he paid off customer's engagement ring

The grant will also pay for the restoration of some of architectural terra cotta details on the building’s facade as well as new gutters and downspouts to protect everything once it’s done.

Likely the most visible change will be the addition of a historic-inspired marquee, one that will reach out about 6 feet over the sidewalk and 32 feet across the front.

While there is a conceptual design, some of the marquee’s most intricate details are still to be decided, Knepp explained.

Improvements aren’t, however, limited to just the outside.

Inside the co-working space, the grant is expected to pay for some equipment for a maker’s space, things like laser cutters and 3-D printers, and Myszak and Partners also included alternate projects — ones that will be bid separately — like a stage curtain that would help with both privacy and acoustics as well as some possible room dividers or sound panels that could be used in the balcony.

“Doing it that way just protects our budget,” Knepp explained. “If something comes in too high, we can adjust as we need to.”

Pantheon executive director Nichole Like said despite those being alternate projects, they will likely be of the utmost priority.

Concerns have mounted as groups, mainly governing bodies, have met in the building’s balcony in recent weeks. The acoustics aren’t ideal, she said, and it can be difficult to hear, especially with people co-working below.

“It’s going to be important to have some kind of area we can close off in the co-working space or do something different on the balcony,” she said.

The co-working space and small business incubator, which has direct ties to Purdue University, opened in early December.

The building itself is jointly owned by city and county elected officials, who split the cost of the interior $2.4 million transformation.

Day-to-day operations are governed by a separate, larger operating board.