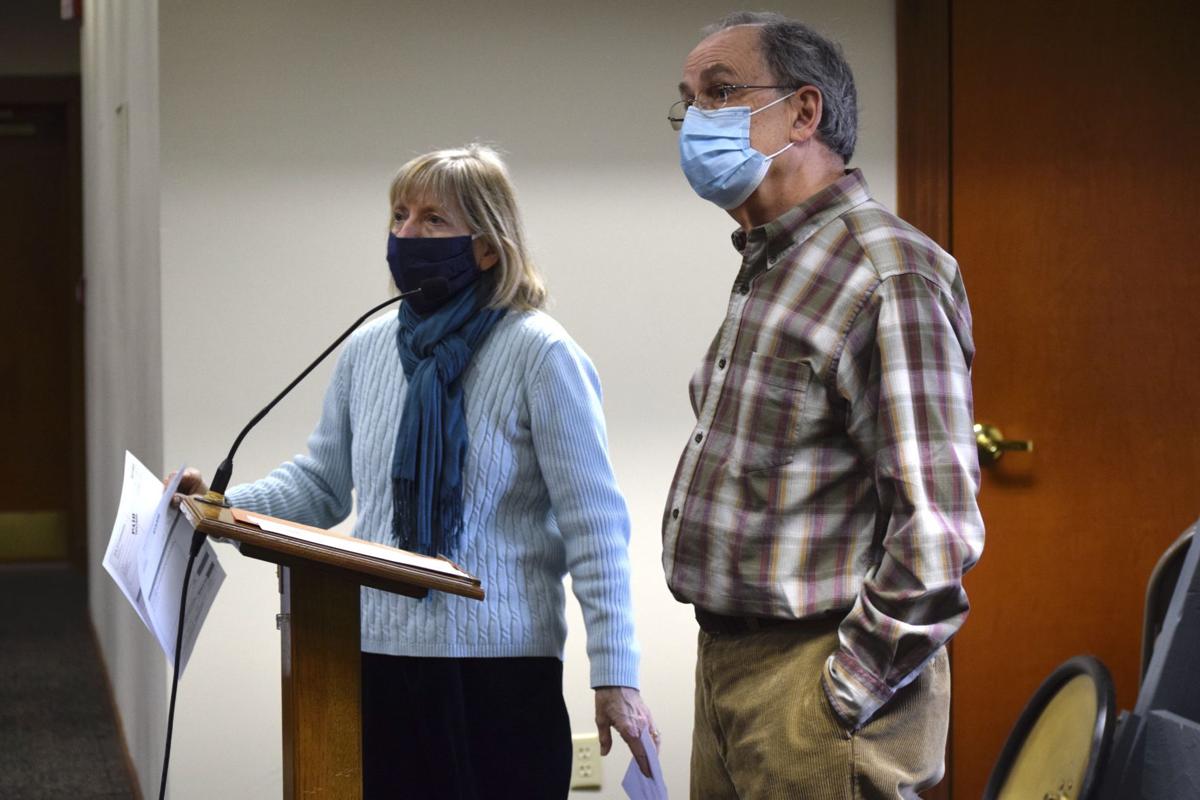 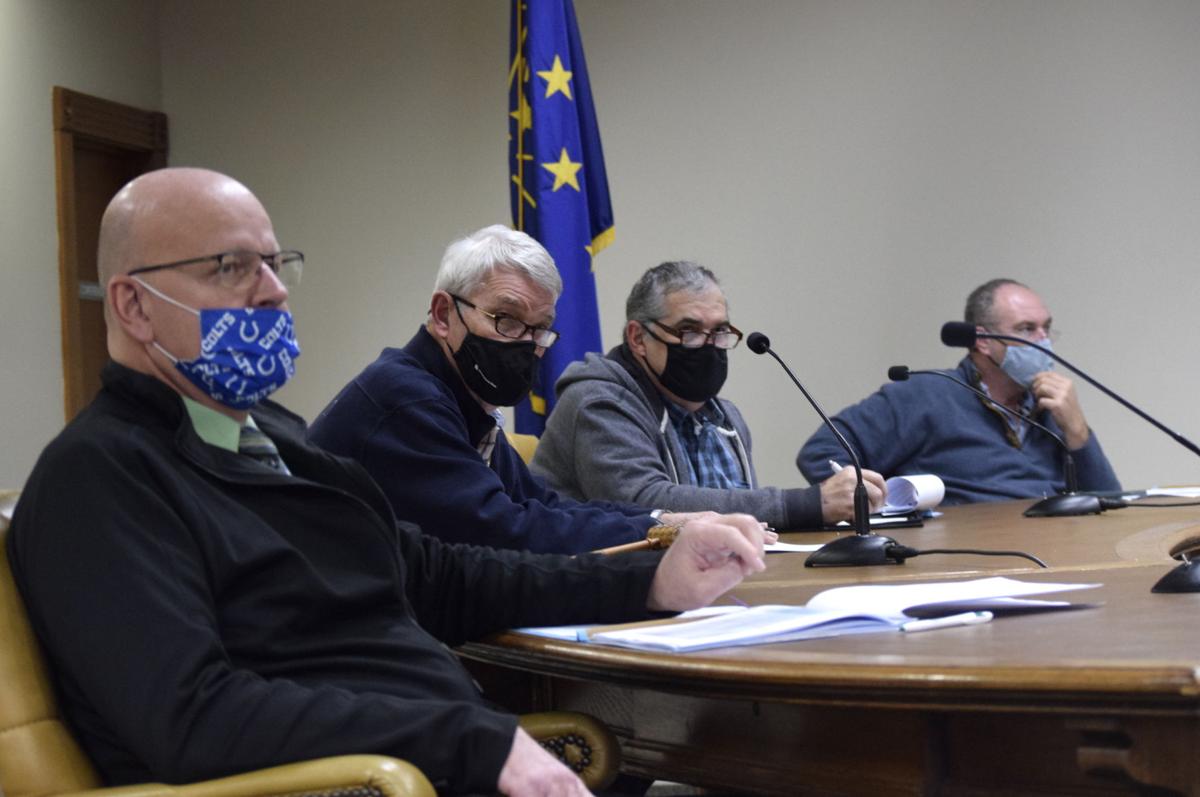 The city’s Urban Enterprise Association on Tuesday gave away nearly $20,000 to business and home owners living within its zone for various external upgrades and repairs.

Church Street residents Tom and Jane Minderman kicked things off by applying to the UEA’s still relatively new Upgrade Vincennes program, an initiative by which the board can award $5,000 mini-grants to homeowners living within the Urban Enterprise Zone for exterior improvements.

The couple made application back in October for a new roof, but the UEA, largely due to COVID-19, hasn’t met in months.

The Mindermans eventually opted to move ahead with the project, hiring local contractor B&D Construction to do the work.

And while the UEA typically likes to see two local estimates before awarding funds, they understood why the couple went ahead with the project before winter and voted to award them the full $5,000.

Also applying for an Upgrade Vincennes mini-grant were JoEllen and Graham Horne, who own a home in the 500 block of South Third Street.

They, too, made application in the midst of the COVID-19 pandemic but ended up moving ahead with the work, which included several new windows and new siding.

The UEA, which up until then had awarded solely businesses funds for exterior improvements, launched its Upgrade Vincennes program in the spring of 2018.

UEA member Aaron Bauer, owner of Bauer Jewelers and Geologists, 330 Main St., originally proposed the mini-grant program to provide reimbursements to property owners who made visible improvements to their homes, such as paint, or new windows.

He saw it as a way to offer a helping hand to residents living within the UEA zone wanting to fix up their homes but without the funds to do it, all in the hope that one improvement would lead to another — and then to another and another — until an entire neighborhood was transformed.

The program has had a number of applicants in the two years since.

In other business, Chris Haddix, the owner of Olde Thyme Diner, 331 Main St., looked to the UEA for help in replacing about four upper-floor windows on the fourth street side of his downtown eatery.

It’s a project, he told the association, “years overdue.”

He sought two local bids on the project, and after little discussion, the UEA opted to award him half the lowest estimate, or $1,700.

The UEA also on Tuesday awarded $8,000 to Tom Haflich, who owns the building at 314 Main St., which houses the Paw Spa, a business owned and operated by his step-daughter.

He’s embarking on a full overhaul of the building’s facade, including some tuck-pointing, new paint and some additional stone work.

Bauer was initially disappointed with what he said was a “lack of local bidders,” but Alan Knepp, an architect with Vincennes’ Myszak and Partners Architecture and Development (formerly Myszak and Palmer), said he tried.

“I begged and I pleaded and I begged,” he told UEA members. “I can reach out for more — I’m not opposed to that — but contractors are really busy, and it’s been hard to pull any numbers at all.

“I’ve found that with other projects, too, not just this one.”

UEA members understood his plight and went ahead and agreed to award Haflich $8,000 for the work — or half the combined lowest estimates.

UEA members did, however, send away yet again Brett and Lara Dawson, who have been asking for a year for help in their renovations of the former Body Tanning building at 402 N. Seventh St..

The couple bought the building in early 2020 and went before the UEA for the first time in January of that year, that time armed with estimates — everything from new windows to tuck-pointing and paint — totaling nearly $90,000.

At the time, the UEA was low on funds, so the Dawsons were sent away.

But the Dawsons returned on Tuesday with a new, local bid reflecting very similar projects but for a slightly higher $108,000. The only work done so far includes the replacement of its largest windows.

The UEA opted to table their request once again, however, as they had questions about how the bids from a year ago compare to the bid presented on Tuesday.

Bauer, too, wanted to know when work would start.

And since the UEA’s typical format is to hear from all applicants then discuss how much it can award to whom later, the Dawsons weren’t there to answer their questions.

Board members, recognizing that the delay is largely their fault, directed executive director Dan Ravellette to reach out to the couple for more information.

Established in 2002, the Urban Enterprise Zone provides tax breaks — such as income tax deductions and credits for job growth, capital investment and income creation — to businesses located within its boundaries.

The UEA, in turn, gets 24% of any savings realized by participating businesses to spend fixing up other properties within the zone which, theoretically, will increase the tax base.

The zone previously consisted of about 2 square miles, including the Willow Street corridor, much of downtown Main Street, and Second Street leading to the north-side neighborhoods of the Bowman Terrace and Chicago Park.

UEA members expanded the zone in 2019 to increase it by roughly a third.

The UEA meets again on March 13.

For more information about Upgrade Vincennes or the UEA’s business grants, contact Ravellette via email at vinuea@vincennes.org or call City Hall at 812-882-7285.