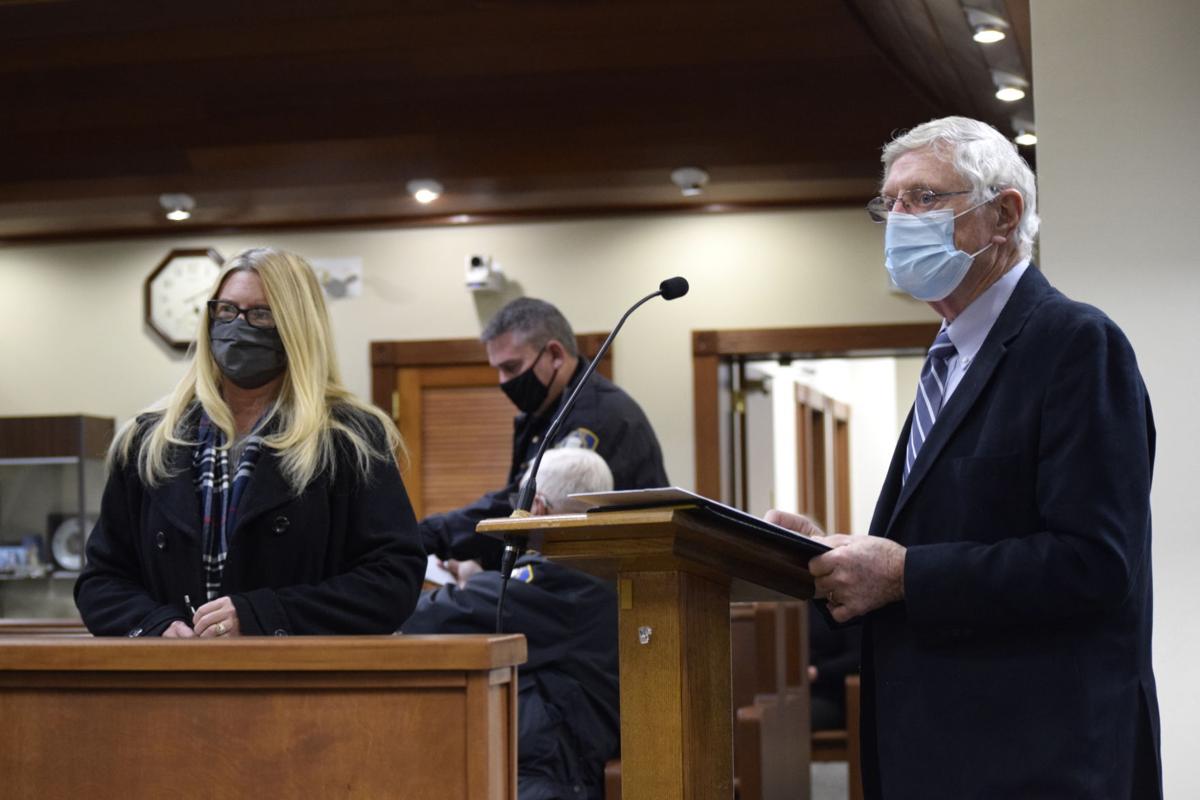 Local architect Larry Donovan and Michelle Carrico, a program manager with Loogootee-based Southern Indiana Development Commission, speak to members of the city’s Board of Works on Monday about a bid for the second phase of a major window restoration project at the historic Vincennes Police Department headquarters, 501 Busseron St. 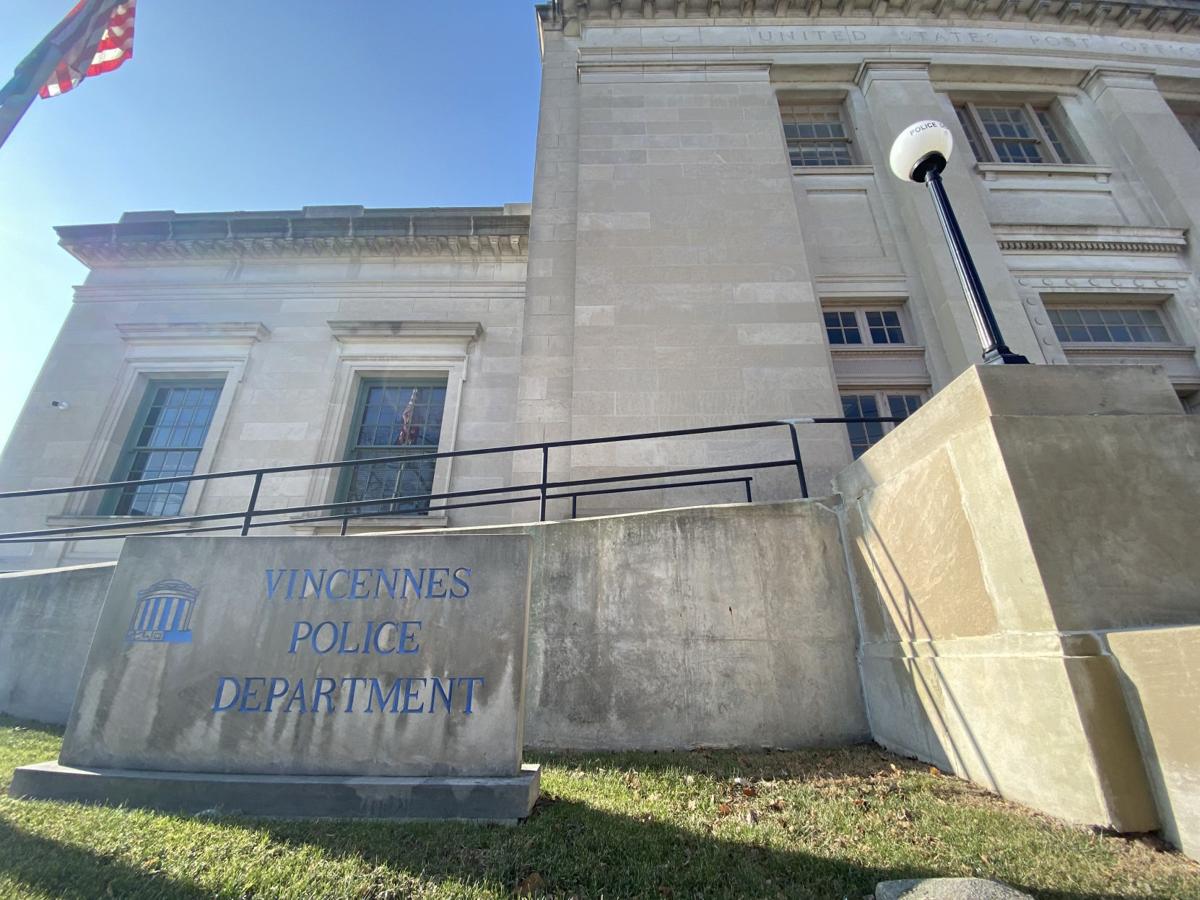 The second phase of a window restoration project at Vincennes Police Department headquarters at 501 Busseron St. will soon get underway.

Local architect Larry Donovan and Michelle Carrico, a program manager with Loogootee-based Southern Indiana Development Commission, speak to members of the city’s Board of Works on Monday about a bid for the second phase of a major window restoration project at the historic Vincennes Police Department headquarters, 501 Busseron St.

The second phase of a window restoration project at Vincennes Police Department headquarters at 501 Busseron St. will soon get underway.

City officials on Monday received a single bid for the second phase of a window restoration project at the historic, century-old downtown headquarters of the Vincennes Police Department.

Local architect Larry Donovan, who has been working with city officials on the restoration at 501 Busseron St., said as many as five contractors initially expressed interest in the project, but only one returned an actual bid.

The bidder, however, was Mominee Studios in Evansville, the same company that did the first phase of the window restoration in 2017, and local officials said they were pleased with the work.

The city learned last spring that it had been successful yet again —the third time in five years — in securing a state historic preservation grant, one administered through the Department of Natural Resources.

The city received the first grant, enough to do 15 of the building’s largest wood windows, in 2016. This new money will go toward restoring another 20 windows; the oldest will be restored, others will be replaced with new, vinyl windows.

Donovan structured the bid in such a way that the city would have options on what exactly it wanted to do, depending on the bid amount.

He sought a base bid, which was to do only the larger, most historic windows; there are about 20 left to do.

But there were a handful of alternates, things like other, smaller basement widows and even exterior doors and fresh paint, Donovan explained.

The base bid alone, however, came in higher than what city officials and those with grant administrator Southern Indiana Development Commission, Loogootee, had anticipated.

Michelle Carrico, a program manager with SIDC, months ago told city officials to expect the project cost to be around $121,000.

The city must put up at least half per the grant guidelines, but officials had expected to do more, possibly as much as $70,000.

He previously indicated he would take the city’s share from its allocation of Economic Development Income Tax dollars.

Donovan said he and Carrico now plan to go through the bid — and all of its various alternates — to piecemeal together the best project at the best cost.

Members of the city’s Board of Works gave Donovan the authority to award the contract as he saw fit, but he plans to report back when the board meets again later this month.

“We’ll need to look at this, compare options and talk to the city about what it wants to do,” Donovan said following the meeting.

Carrico, too, has said the city could always go after more historic preservation funds later to finish the overall window restoration, likely taking it out to a third phase.

The city is, however, on a tight deadline as, per grant stipulations, the project must be finished by the end of June.

The Neo-classical revival style building was first constructed in 1907, in part with Indiana limestone, and was purchased by the city in 2000. It’s one of just a few in Vincennes that is on the National Register of Historic Places.

It also previously served as a U.S. Post Office.

This marks the third time the city has received these particular state historic preservation funds.

Last year, the city used this same funding source to do a more than $100,000 restoration of the enclosed shelter house at Gregg Park — a Works Progress Administration-era Project — that included restored windows, tuck-pointing, interior improvements and a new roof.

The DNR grant program assists publicly owned or private not-for-profit properties that are listed in the National Register of Historic Places with grant money to undertake preservation and rehabilitation activities, according to a press release.

The purpose of these projects is to identify, document, and evaluate cultural resources, and to repair, preserve, and rehabilitate historic properties in ways that are historically appropriate and sensitive, and that maintain or enhance the viability and integrity of the resource.

Sorry, there are no recent results for popular images.