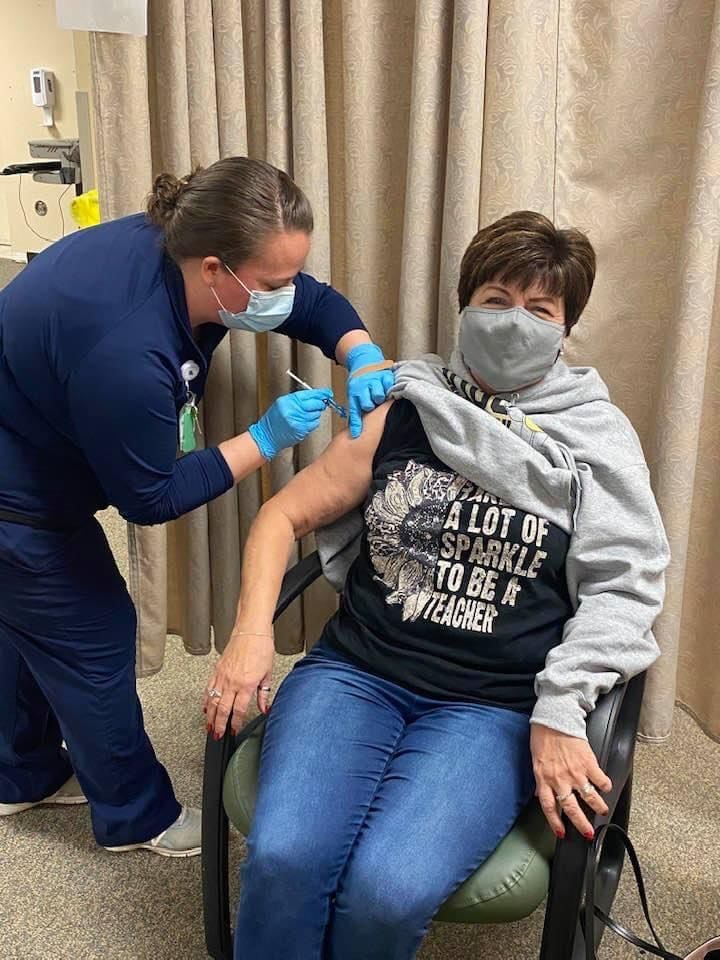 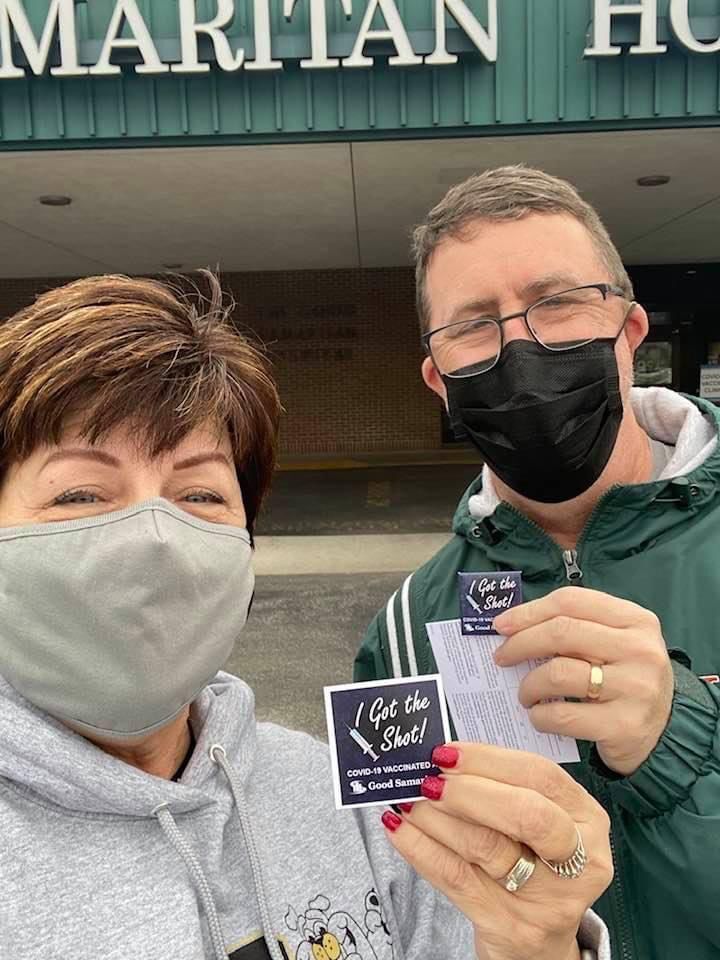 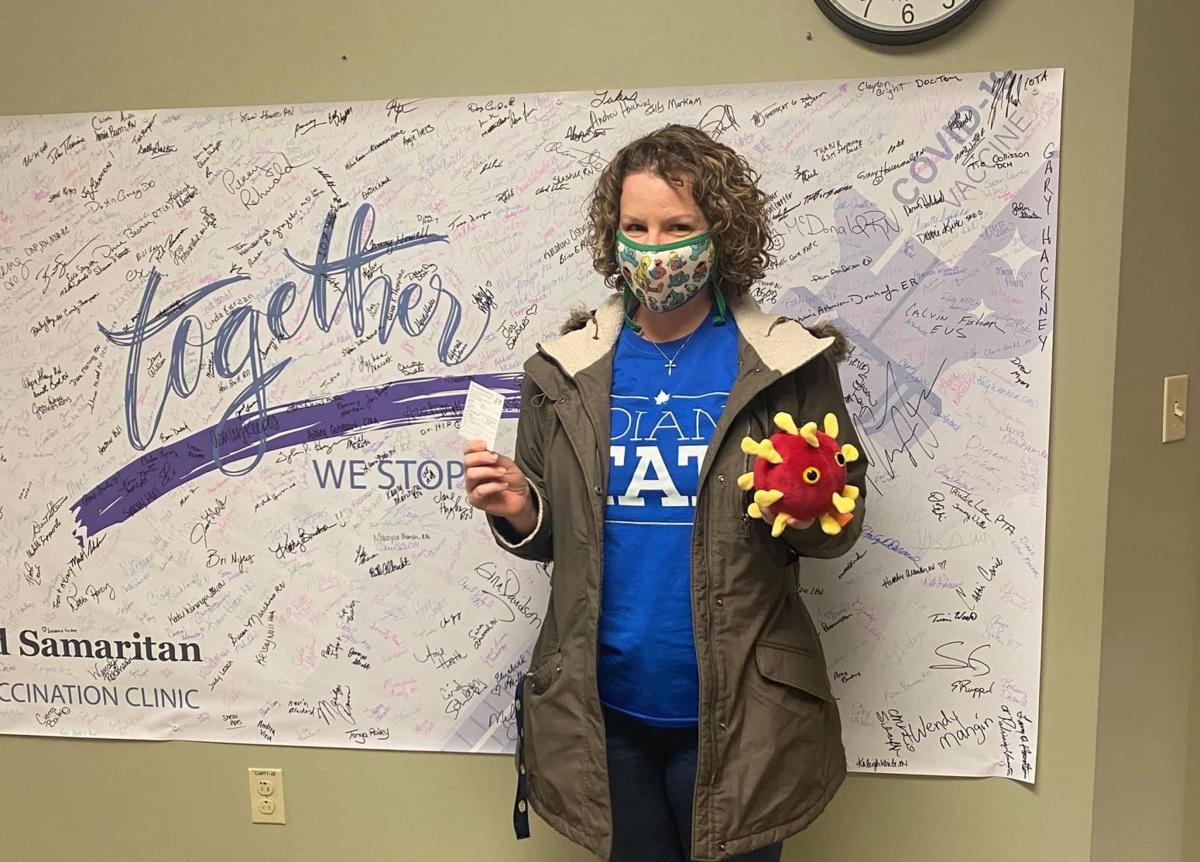 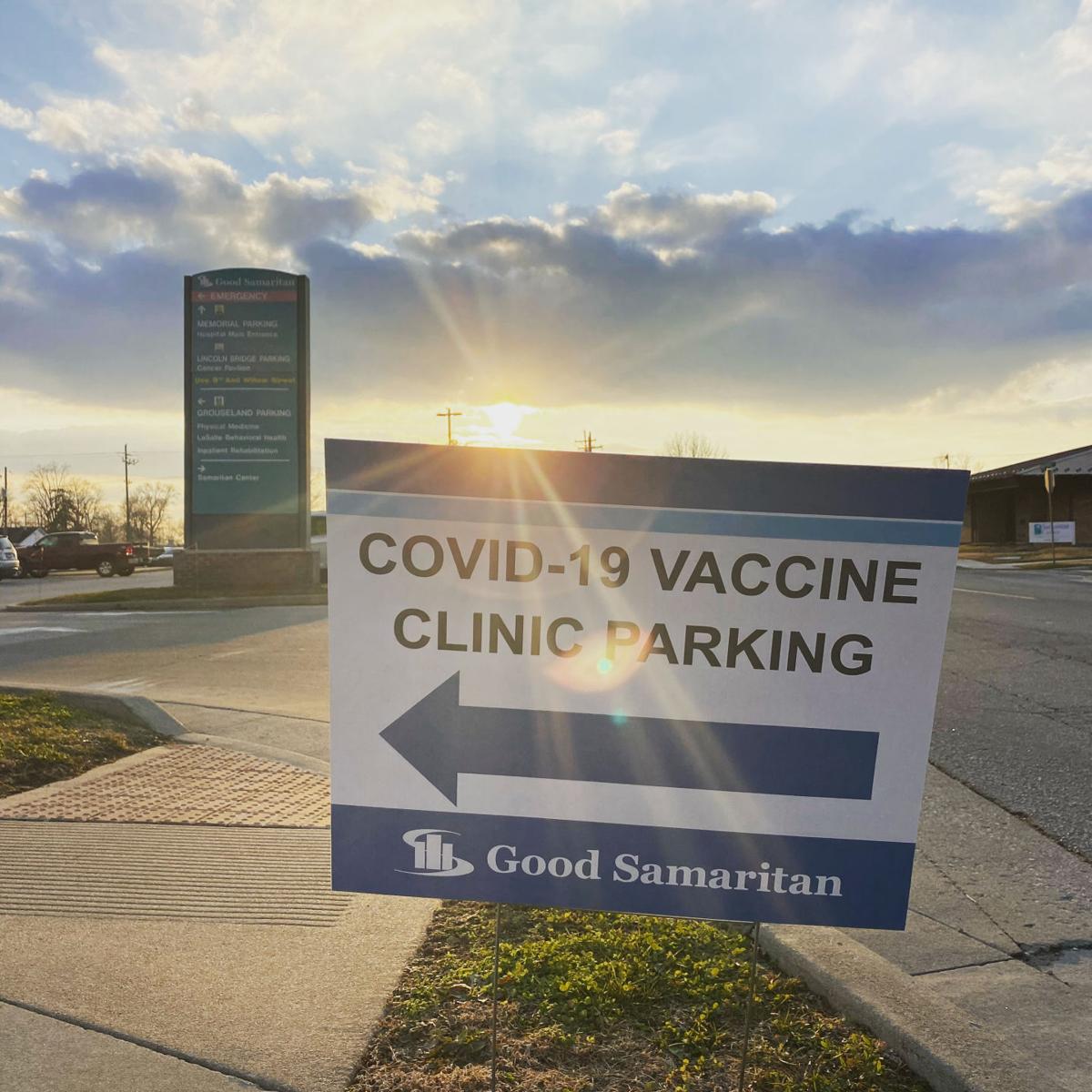 Though the COVID-19 vaccine distribution is still in phase 1A, which prioritizes healthcare and longterm care workers, Monday afternoon many local educators took to Facebook, sharing images of themselves receiving the Pfizer vaccine at Good Samaritan, sparking confusion amongst some.

County health officer Dr. Alan Stewart explained that while the state is still in phase 1A, Knox County itself had hundreds of vaccines sitting unused, despite efforts to earmark them for healthcare workers first.

“We have an obligation to get the vaccine to all of our people who are medical providers and some first responders, and we did that,” he said.

“We made sure all of our medical offices and hospital workers had an opportunity. I personally spent a day calling dentists, optometrists, private practitioners, as well as first responders in police and fire, and yet we still had vaccine clinic appointment openings,” Stewart said.

Adam Thacker, chief operations officer of Good Samaritan, said during a weekly Facebook live video, while relatively busy, the vaccine clinic which can serve up to 200 people per day, was averaging only about 150 vaccines daily.

After discussions with the Knox County Health Department, Thacker says it was decided that “the teaching community would be an ideal group to target to get them vaccinated before returning to in-person instruction,” which for most will be on Jan. 14.

Stewart says the change meant the vaccine clinic appointments on Monday jumped from 60 to 195, and the health officer says that’s a very good thing.

“There are people who are unhappy with what we did, but we have a clinic that is functioning well and efficiently and vaccine in a freezer not being used, appointment slots not being used,” Stewart said. “Our goal is to get the vaccine into people’s arms, and that’s what we’re doing.”

Part of the rationale for vaccinating educators included both their vulnerability based on the sheer number of people they have close contact with in confined spaces, as well as the importance of keeping schools open in the coming months as the virus rages on.

Too, Stewart explained, area teachers as well as faculty at Vincennes University, could be contacted and mobilized quickly, meaning hundreds more individuals in the county who are protected from the virus themselves and are no longer a risk for carrying and spreading the virus to others.

“We need to get this vaccine to as many people as possible, and doing so protects others as well,” Stewart said.

Though there has been some public blowback about the decision, teachers and school officials are feeling immense relief as they look toward the return to school in the coming days.

Vincennes Community School Corp. superintendent Greg Parsley on Tuesday said, “when I was at the Good Samaritan vaccine clinic yesterday, ‘joy’ would certainly be a word to describe it.

It’s back: The political struggle for control of banks’ loan taps

“Some of the educators were absolutely overcome with emotion,” he said.

Though many teachers and administrators will be vaccinated before returning to classrooms and offices, Parsley says VCSC safety protocol will remain intact, including required masking, social distancing and good hand hygiene.

“We’ll be sticking to our original plan, and will keep that first week back after break as an e-learning week before we go back to in-person on January 14,” Bobe said.

And for North Knox educators who choose to be vaccinated, Bobe says he’s excited and thankful they have that opportunity sooner than anticipated.

“I’m just grateful,” he said, adding “grateful for too many people to list.” Both public school superintendents also realize it will still be months before school returns to relative normalcy.

“As I have said before, we know this journey is not over by any stretch of the imagination, but there is now a light at the end of the tunnel,” Parsley said.

Local health officials anticipate much greater demand for the vaccine when the state moves to phase 1B in the coming weeks and say getting as many essential workers vaccinated now will free up supply during the next phase.

“By allowing teachers to fill these unused appointment slots now, we are making more availability for other essential workers when phase 1B begins,” Thacker said.

But, he added, Good Samaritan is still prioritizing phase 1A access “and continues to advocate for all healthcare workers across Daviess, Pike and Knox counties to get vaccinated.”

Despite some pushback, Stewart says he stands by the decision to offer the vaccine to educators. Some police officers, too, began receiving the vaccine on Tuesday.

“There will always be people who feel we should have done something different, but our community is now safer than it was,” Stewart said.

“We had a clinic not being fully utilized. To call the state and say we were sending back unused vaccines is not an option I would consider.”