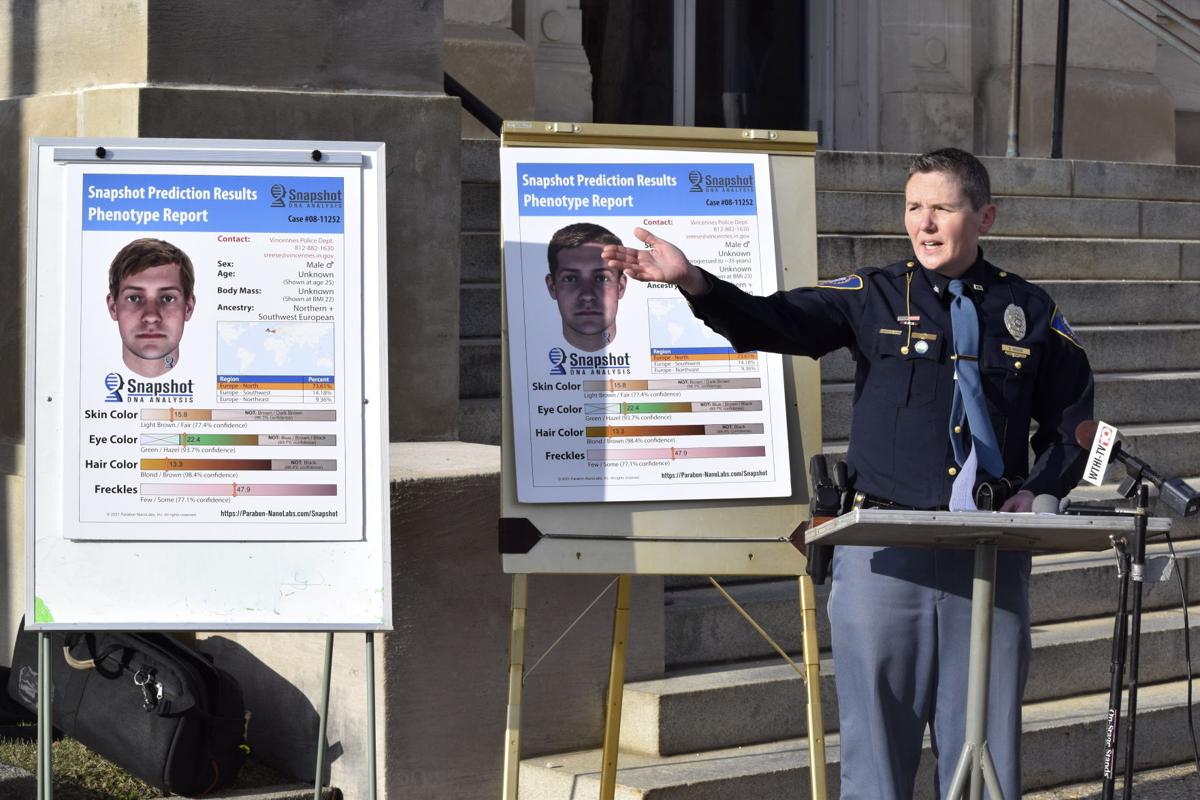 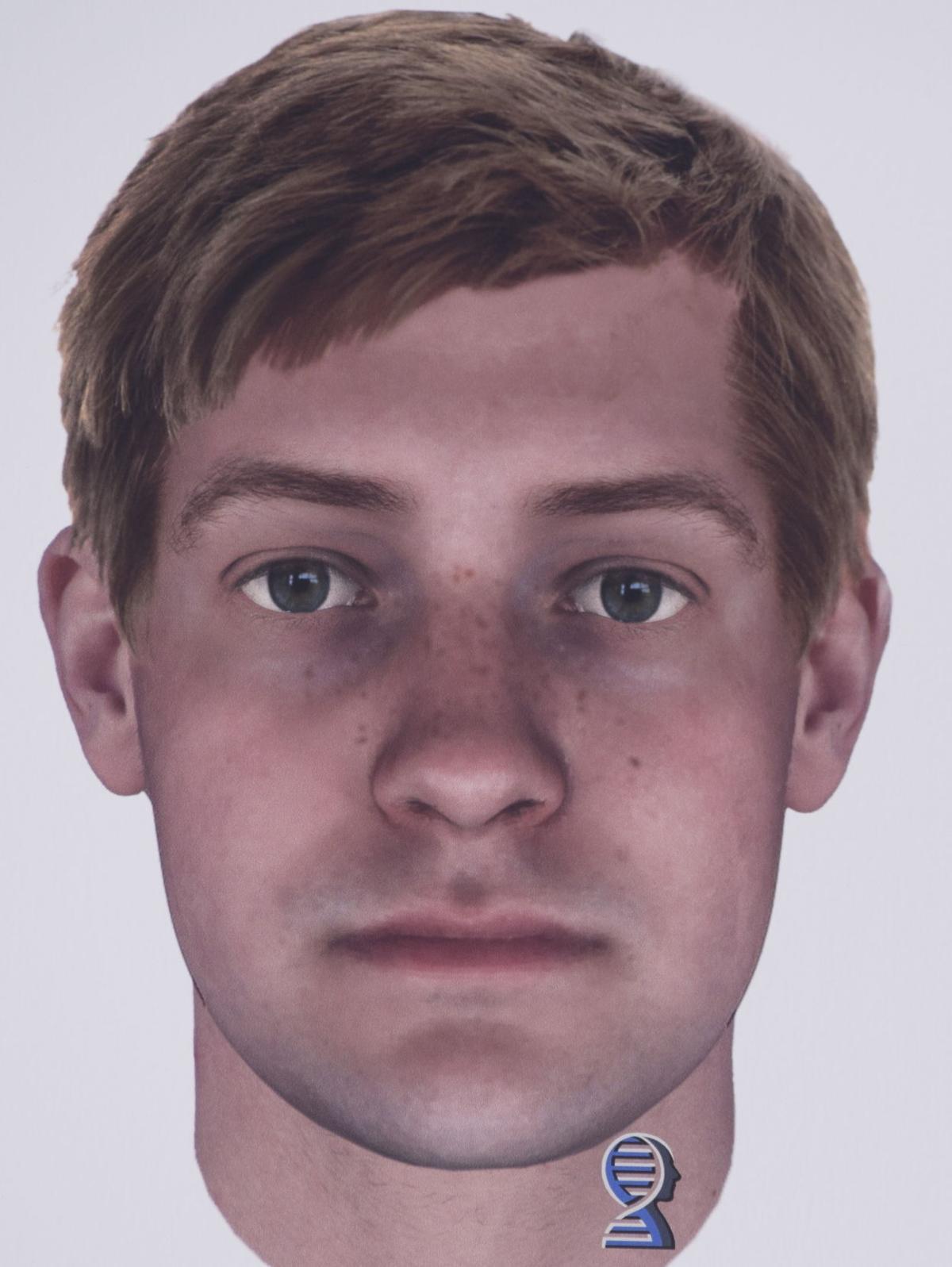 This is what local police believe the perpetrator may have looked like in 2008 at the age of 25.

This is what local police believe the perpetrator may have looked like in 2008 at the age of 25.

Vincennes police are asking for help from the public in identifying the suspect in the city’s only violent cold case.

During a Wednesday morning press conference, Det. Sgt. Stacy Reese and Chief Robert Dunham released a forensic composite sketch of the man suspected of committing a 2008 battery and sexual assault.

In the early hours of Nov. 21, 2008, officers responded to a report of a home intruder where they found the young woman residing in the apartment at 201 W. St. Clair had been raped and physically battered.

“She was a 21-year-old who had come here to further her goals in life,” Reese said of the survivor of the attack who sustained “significant physical injuries” during the assault.

DNA evidence collected years ago during the investigation was recently sent to Parabon NanoLabs — a DNA technology company headquartered in Virginia — to create a composite profile of the person of interest in the case.

Once received, it took the lab only about two weeks to create a sketch of the suspect that Dunham says will likely be “close to spot-on,” thanks to the advancements in technology.

It is, in part, the improvements in DNA forensics that led the police department to reach out to Parabon — that, and the availability of funding to cover the cost.

“When it comes to something with DNA, a lot of it is costly, and we have found the money to take the final step to get this composite,” Dunham said.

He and Reese emphasized, however, that the work of trying to solve this violent crime never ceased.

Dr. Fauci vows to be 'completely transparent' on Covid-19

“We did not stop investigating. We always have lulls in information, but it never left our minds,” said Dunham.

Though detectives will continue to work the case, the chief says he believes releasing the sketch to the public will help jog the memories of those who knew the suspect or the victim of the crime, possibly providing new leads in the case.

“If people were in our community during this time period, think about where you were and who you were with. If you personally knew the victim, think about who was around you.

“We think people knew this suspect, and we need the help of the people who were here then,” said Dunham.

The chief urges members of the public to closely look at the images of the suspect, looking for any familiarity in the face instead of just brushing it off.

“Stop. Look at it. Put it in your minds,” he said. “Think about it. Does this remind you of somebody you know?”

Members of the public who were in Vincennes around Thanksgiving of 2008 are asked to pay particularly close attention to the composites of the suspect — one of which shows what the man may have looked like at age 25 and another at age 35.

“Any lead is never too small,” Reese said, noting that the public is often helpful during investigations.

Anyone with information regarding this case is urged to contact Reese at VPD by emailing sreese@vincennes.in.gov or calling 812-882-1630.