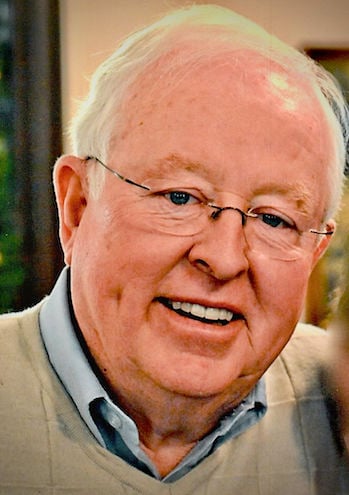 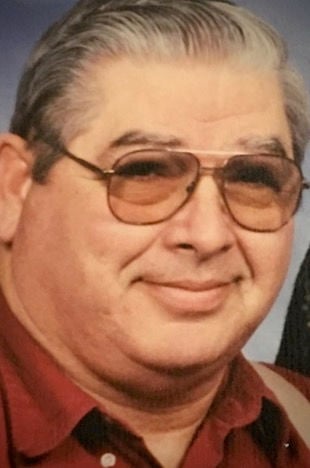 Mary Lou Collins, 79, of Vincennes, passed away on Friday, April 24, 2020 at the Good Samaritan Hospital.

Mary Lou was born on March 11, 1941 in Daviess County, the daughter of Warren and Rosella Seng Hart. She was a graduate of Washington High School and worked at Gossards in Bicknell until her retirement. She was a member of St. James Episcopal Church and was a devoted wife, mother, grandmother, great-grandmother and friend. She married Donald R. Collins on Nov. 23, 1968 and they made their life together for almost 52 years.

Mary Lou was preceded in death by her parents, a sister in infancy, Phyllis Hart, and a half brother, Bruce Hayes.

A gravesite service will be 2 p.m. Tuesday at Asbury Chapel Cemetery with Father John Gedrick and Father Dennis Latta officiating. She will be laid to rest next to her parents. Memorial contributions can be made to Welsh Diabetes Center at Good Samaritan Hospital or the Vincennes Animal Shelter. Duesterberg-Fredrick is honored to assist the Collins family during their time of loss.

Online condolences may be made at www.duesterbergfredrick.com.

He was born and raised in Freelandville and had been a home builder and real estate developer in the Brownsburg area for many years and was a long-time active member of Calvary United Methodist Church. Larry received his bachelor’s degree in industrial engineering from General Motors Institute. Larry was a faithful servant who was the guiding force and patriarch of his family and was loved by many. A man of integrity willing to help anyone in need, he loved to travel, play bridge and garden, but most of all, he loved his family.

A loving husband, father, and proud grandfather, his survivors include his wife of 57 years, Judy Dunkerly; their children, Melissa Cawi and her husband, Mark, and Tom Dunkerly and his wife, Holly; a sister, Elizabeth Telligman; and grandchildren Grace, Grant, Serena, Jillian, Carter, Lily, Austin and Olivia.

He was preceded in death by his parents, Barton and Alice Dunkerly; a son, Steven Dunkerly; and a sister Carolyn Hislip.

Due to health concerns and current COVID-19 restrictions, private family graveside services will be held at Brownsburg Cemetery, with a public celebration of life service to be held at a later date. Memorial contributions may be made to Calvary United Methodist Church, 575 W. Northfield Drive, Brownsburg, IN 46112.

Online condolences may be made at www.matthewsmortuary.com.

She had worked at Rescare.

Survivors include her parents, Steven Fox and April Levitt; a son, Victor Frye; siblings John Fox and Kayla Fox of Bicknell; and her companion Anthony McGregor.

Private graveside services will be held on Thursday at Memorial Park Cemetery. Anyone wanting to watch the service can do so on Goodwin-Sievers Funeral Home Facebook page and will be notified when it goes live.

Online memories may be shared with Ashley’s family and friends at www.goodwinsieversfh.com.

Ed was born in Benton, Illinois, on April 2, 1942 to the late George Horn and Mildred (Boyer) Horn. He was a member of Word of Life Church of Bicknell, where he and his wife enjoyed the fellowship of their church family. He was veteran of the U.S. Navy and served his country proudly. Ed was a member of the American Legion and Masonic Lodge. He was an avid outdoorsman who enjoyed hunting, fishing, and just simply being outside; he also had many other interests and hobbies. Ed was a man of many talents, he was able to do basket weaving, home renovations, and was a locksmith at one time, just to name a few of his trades. Ed was primarily employed by Amax Coal Mine then later retired from operating heavy equipment for road construction.

In addition to his parents, Ed was also preceded in death by an infant son, Jay Dean Horn.

When Covid-19 restrictions are lifted there will be a celebration of Ed’s life held at the Word of Life Church in Bicknell, 7144 Russell Drive. Please make memorial contributions to the church building fund.

Fredrick and Son McClure-Utt Funeral Homes, Bicknell Chapel is honored to serve the family of Ed Horn and would like to encourage that his friends and family show their support at this time by signing the online guestbook at www.fredrickandson.com.

Stevens, Ashley B., died March 22. A memorial service will be announced at a later date. Condolences: www.emmonsmaceysteffey.com.