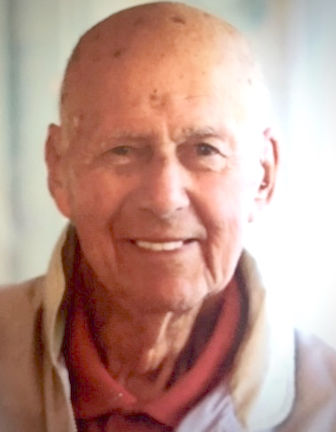 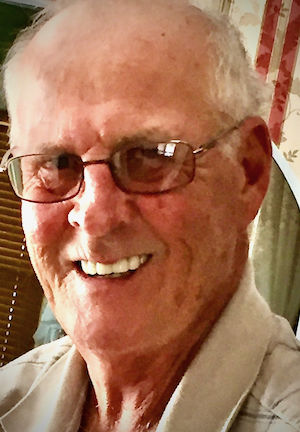 Michael A. Bootman, 66, of Vincennes, passed away on Thursday, June 25, 2020 at Union Hospital in Terre Haute.

He was born on Sept. 25, 1953 in Lawrenceville, Illinois, the son of Norton R. and Martha Jane (Moore) Bootman. Mike retired from AgReliant as a field manager. His hobbies included hunting, fishing, golfing, and music.

Preceding him in death were his parents and his daughter, Erica Bootman.

A service of remembrance will be conducted on July 3 at 1 p.m. CDT at the Emmons-Macey & Steffey Funeral Home in Lawrenceville and will be available for viewing on the Emmons-Macey & Steffey Funeral Home Burial & Cremation Services Facebook page, which may be found with the following link: https://www.facebook.com/Emmons-Macey-Steffey-Funeral-Home-Burial-Cremation-Services-241234759332208/. Burial will be in the May Chapel Cemetery. Visitation will be 11 a.m. CDT until the hour of services on July 3 at the funeral home. Memorial contributions may be made to the Lawrence County Cancer Resource Center and Wig Shoppe.

“A.J.” or “Burr” as he was known, was born in Vincennes to Joseph Arthur and Veronica Katherine (Wichman) Bowman on Aug. 3, 1929. He married Patricia Sue Baldwin on July 26, 1952 at St. John’s Catholic Church in Vincennes. He graduated from Indiana University with a degree in business where he also excelled in varsity football and baseball. After he graduated from the ROTC program he served as a lieutenant in the U.S. Air Force and was a veteran of the Korean War. Using his college degree, he eventually became the owner and proprietor of a successful business, A.J. Bowman Insurance Agency in Bridgeport, Illinois, where he worked and served his community for nearly four decades.

Burr and Sue built their home in Lawrenceville, Illinois, near the city park where they raised their young family of three children. Later they purchased a beautiful 200 acre farm west of Lawrenceville and built a new home where the family resided and enjoyed riding horses, motocross racing, and other outdoor activities. Burr enjoyed sponsoring and participating in family activities, and he was always a good athlete and enjoyed playing handball and golf.

He was a member and leader of several clubs and organizations including the Lions Club in Bridgeport, the Bi-State Authority, the Lawrence County Country Club, and the Parish Council at the St. Lawrence Catholic Church in Lawrenceville. He received many honors and accolades for his community participation and commitments. When Burr retired and relocated to Florida he became a founding member of Suntree Country Club, and he also served on the board of directors of Augusta Village.

Burr was preceded in death by his parents; his wife, Sue; an infant daughter, Karen Marie; four brothers, Arthur Louis Bowman and Charles Edward Bowman, both of Vincennes, and Thomas and Paul Francis, who died in infancy.

A memorial service will be planned for the Lawrenceville/Bridgeport area for sometime in September.

Charles Gene Riley, 88, of Vincennes, passed away at 1 p.m. on Thursday June 25, 2020 at Daviess Community Hospital in Washington.

He was born on Dec.8, 1931 in Knox County to Charles O. and Helen (Weddle) Riley. Charles was a lifelong farmer and owned and operated Riley Equipment Inc. until 2012 when he retired and sold the business at age 80.

Preceding him in death were his parents; his wife, Dorthea B. (Berry) Riley, who preceded him on Oct. 7, 2005; and a sister, Dorothy Pride.

Private graveside services will be held Monday at the Bicknell Memorial Cemetery.  Goodwin-Sievers Funeral Home is honored to serve the family of Charles Riley.

She was a farm wife and a member of the First Baptist Church in Vincennes.

Private graveside services will be conducted at the May Chapel Cemetery. Memorial contributions may be made to the American Cancer Society.

Shirley A. (Sidebottom) Young, 73, of Linton, and formerly of Vincennes, passed away on Thursday, June 25, 2020, at the Glenburn Nursing Home.

A homemaker, she was born on May 28, 1947, in Cleves, Ohio, the daughter of Smith Thomas and Leila Belle (McCorkle) Sidebottom.

Surviving are her children, Bill Goldman of Linton, Laurie Corrigan of Jefferson City, Missouri, and Dale Goldman and his wife, Pam, of Vincennes; 12 grandchildren; and 16 great-grandchildren.

Friends may visit with Shirley’s family from 11 a.m. to 1 p.m. on Monday at the Goodwin-Sievers Funeral Home, Gardner-Brockman Chapel, 505 Main St. A graveside service will be held at 1:15 p.m. at Fairview Cemetery.

Online condolences may be sent to the family at www.goodwin-sievers.com.

Shirley A. Benson, 85, of Lawrenceville, Illinois, passed away on Friday, June 26, 2020 at BridgePointe Health Campus. Arrangements are pending at the Emmons-Macey & Steffey Funeral Home in Lawrenceville.