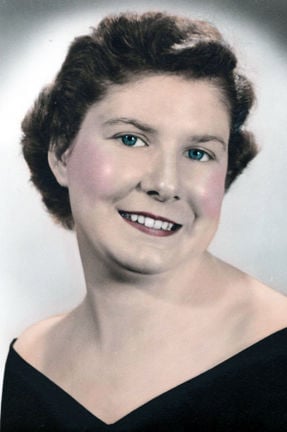 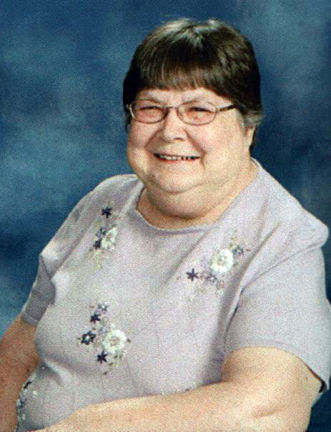 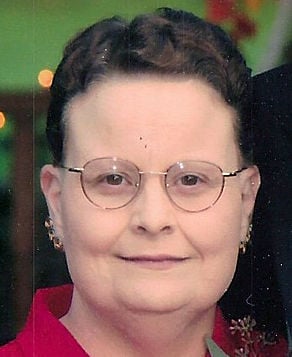 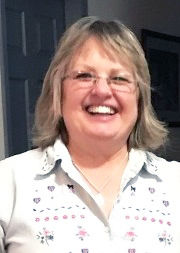 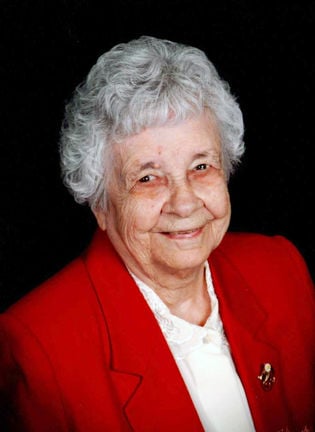 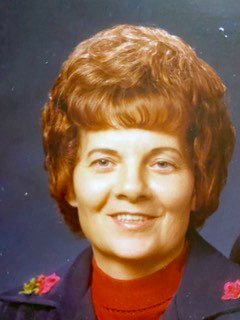 Janet was born in Decker on June 2, 1937 to Orlando and Ora Pruesner Jackson. She graduated in 1955 from Monroe City High School. She had been a flight attendant, homemaker, wife, mother, grandmother and great-grandmother.

She was preceded in death by her husband, Ace, and her sister Carolyn, Jackson Appleby.

Born on Dec. 29, 1957 in Linton, she was the daughter of Walter Steele and Betty (King) Steward. Denise had worked for several years for WR Dunn Real Estate in Bloomington in the office. She was a member of the Bloomfield First Christian Church. In recent years she resided in Vincennes to be near her grandchildren. She enjoyed walking the track at the YMCA of Vincennes and had an avid love for reading.

Denise was preceded in death by her father, Walter Steele, and her mother and step-father, Betty and Delno Steward.

Online condolences and memories can be shared at www.jenkinsfuneralhomes.com.

Sylvia Mae Heuby, 88, of Dugger, passed away on Monday, April 20, 2020 at Regional Hospital in Terre Haute.

She was born on Dec. 6, 1931 in Vincennes to Arthur and Sylvia Mae Robinson.  After losing both parents, she was adopted and raised by her maternal grandparents, Lewis and Annie V. Miller of Vincennes.

Sylvia graduated from Lincoln High School in 1950. She married Jack Heuby on Jan. 26, 1951, and they lived together in Vincennes for 24 years before relocating to Dugger. Sylvia worked as a telephone operator at Indiana Bell until her family began increasing.  She enjoyed spending time with her husband and children roller-skating at Paradise Roller Rink while living in Vincennes. Her hobbies included reading, flower gardening, and sweatshirt decorating. She and Jack enjoyed retirement years with camping, fishing, traveling and visiting casinos.

Sylvia organized and conducted a fibromyalgia support group that met at the Sullivan County Community Hospital for several years. She was instrumental in Governor Frank O’Bannon proclaiming May 12 as Fibromyalgia Awareness Day in Indiana. Sylvia was recognized in the National Fibromyalgia Association magazine for her advocacy and work to promote awareness about fibromyalgia.

In addition to her parents, she was preceded by three sisters, Edna Branch, Anne Wilson, and Georgia Beltz.

A graveside service will be 2 p.m. on Friday Memorial Park Cemetery with Pastor Bryan Sanders officiating. Memorial contributions may be made to The American Fibromyalgia Syndrome Association Inc. at afsafund.org. Arrangements were entrusted to Newkirk’s Funeral Home in Dugger.

She was born on Jan. 9, 1921, in Freelandville to Benjamin and Anna (Lichte) Mabes. Ruth became the wife of Velmer V. “Bud" Pahmeier on Nov. 29, 1942. She was a member of the Salem United Church of Christ, where she was a member of the Women’s Guild. Ruth was a homemaker, mother, and a farmer’s wife. She enjoyed quilting and crocheting.

Family left to cherish the memory of Ruth include two sons, Earl Pahmeier and his wife, Theresa, and Ken Pahmeier, both of Sandborn; two daughters, Phyllis Jackson of Pittsboro and Carolyn Dohner and her husband, Cary, of Terre Haute; nine grandchildren; and 17 great-grandchildren.

Ruth was preceded in death by her parents; her husband, Bud; one sister, Mary Lou Mabes; and two brothers, Elmer and Milton Mabes.

A private service for immediate family, to honor the life of Ruth, will be 1 p.m. on Thursday at Meng Family Funeral Homes, Anderson-Poindexter Chapel, in Linton. Visitation for immediate family will be 11 a.m. until the hour of services on Thursday at the funeral home. The family requests that memorial contributions be made to Salem United Church of Christ, 13135 N Salem Road, Westphalia, IN 47596. The Pahmeier family entrusted all arrangements to Meng Family Funeral Homes, Anderson-Poindexter Chapel.

Condolences and memories of Ruth may be shared with the family online at www.andersonpoindexter.com.

She was born on Aug.16, 1956 in Washington to Paul and Shirley (Brochin) Potter. Donetta had last worked for Vincennes University in the maintenance department. She had also worked for Lincoln High School, Perdue, Uebelhor’s and Masterbrand in Jasper. In her free time Donetta enjoyed target shooting, gardening, and spending time with her fiancé and family.

Surviving are her father, Paul Potter of Washington; her fiancé, Matthew Willis of Vincennes; her sister, Sandy Miller and her husband, Jeff, of Washington; two nieces, Shyla Miller and Shauna Cassidy; along with five great-nieces, one great-nephew, and her two puppy dogs, Sweet Pea and Sissy.

She was preceded in death by her mother.

Private graveside services will be held at a later date in New Veale Creek Cemetery. Goodwin-Sievers Funeral Home is honored to serve the Potter family.

Online memories may be shared with Donetta's family and friends at www.goodwinsieversfh.com.

She was born in Vincennes to Louis and Josephine (Cabasier) Hunkler. She was a member of the Old Cathedral Church and graduated from Saint Rose Academy.

She is survived by sons, David Prather and Doug Prather and his wife, Julia, both of Bedford, and Mike Prather of Palm Harbor; her granddaughter, Jessica George and her husband, and Donnie; a grandson “J.T.” of Chicago; a great-grandson, Blake, of Ellettsville; great-granddaughters, Maddison and Lillian, both of Ellettsville; a sister, Nancy Ditsler, of the Villages, Florida; and several nieces and nephews.

She was preceded in death by her husband of 50 years, James Robert Prather; her parents; three brothers; and eight sisters.

The arrangements were handled by the National Cremation Society. Memorial contributions may be made to the Cancer Society.

Born on Jan. 9, 1935, in Vincennes, she was the daughter of Harry E. and Aline Dovie (Hoalt) Dunham. Clara had worked at Walk’s Men Store and then Bierhaus Foods. Following some time at home to raise her daughters, she then took a job at Kmart, retiring from there as a supervisor. Clara was a member of St. John’s United Church of Christ. At home, she enjoyed doing yard work and sewing. She also liked to cook and collect recipes.

Surviving are her daughters, Pamela and Jana Wirth, both of Vincennes, and several nieces and nephews.

She was preceded in death by her parents; her husband, Roy W. Wirth, who she married on June 16, 1956, and who passed away on Jan.20, 2008; her sisters, Mae Vieke and Georgetta Yochum; and her brother, Robert Dunham.

Private graveside services will be held at Memorial Park Cemetery. Goodwin-Sievers Funeral Home is assisting with the arrangements.

Online condolences may be sent to the family through www.goodwinsieversfh.com.

Crawford, Nathaniel D., died April 18. A private funeral services will be held at 2 p.m. CDT today at the Emmons-Macey & Steffey Funeral Home. Viewing will be available on the funeral home’s Facebook page https://www.facebook.com/Emmons-Macey-Steffey-Funeral-Home-Burial-Cremation-Services-241234759332208/. Extended family and friends are invited to drive past the funeral home from noon CDT until the hour of services; approach the funeral home from South 12th Street, and you will be directed by staff to pass through under the awning. Burial: May Chapel Cemetery. Memorials: Lawrence County Resource Center and Wig Shoppe. Mail cards and/or memorial contributions to the funeral home at P.O. Box 564 Lawrenceville, IL 62439. Condolences: www.emmonsmaceysteffey.com.

Nickless, Kenneth E., died April 18. Private graveside services will be held today at Memorial Park Cemetery. Anyone wanting to watch the service can do so on Goodwin-Sievers Funeral Home Facebook page and will be notified when it goes live. Memorials: Vincennes Animal Shelter or the All-Weather Firing Squad. Condolences: www.goodwinsieversfh.com.