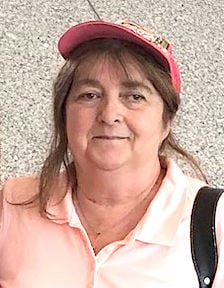 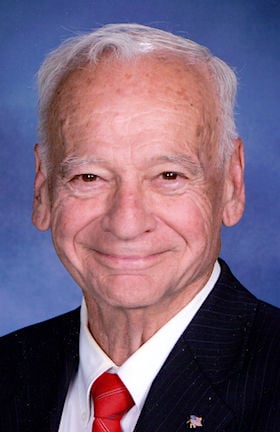 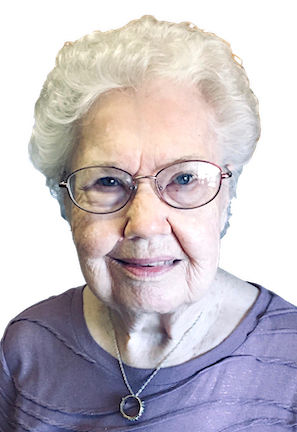 He was born on June 14, 1958 to Everett Shake and Edna Mae (Earhart) Couch. Dennis was raised and adopted by Joe Couch. On May 19, 1978, Dennis married Jane Gognat in the St. Francis Xavier Catholic Church, and she survives. Dennis was a long-time member of the St. Francis Xavier Catholic Church, worked at Packaging Corporation of America in Vincennes, and loved working out in his garage. He liked go to the garage to fabricate, problem solve, and work with his hands. He loved to work on vehicles and his John Deere tractors.

He was preceded in death by his parents, Joe and Edna Mae Couch, and Everett Shake.

A funeral service will take place at 7 p.m. CST today the Cunningham-Young Funeral Home in Lawrenceville, Illinois. Visitation will be 5 p.m. CST until the hour of services today at the funeral home. Memorial contributions can be made to the group or organization of choice.

Born and raised in Vincennes, she was a loving and caring wife and mother, and was always ready to help anyone in need.

She was preceded in death by her parents, Betty and Clarence Wright.

Funeral services will be noon on Monday at Berry Lynnhurst Funeral Home in Knoxville with Majors Tim and Kathy Wilson officiating. The interment will follow in Lynnhurst Cemetery. Visitation will be 11 a.m. until the hour of services on Monday at the funeral home.

Online condolences may be offered at www.berrylynnhurst.com

Jack was born in Vincennes on Oct. 29, 1936, the son of the late Carrol Dewey Mack and Velva Slaton Mack. He served his country in the U.S. Marine Corps and was an aircraft mechanic during his service. He was a member of the Vincennes Gun Club, Oaktown Gun Club, and French Club. He enjoyed spending time with his family and was an avid outdoorsman.

Jack is survived by his loving children, Henry Mack Gifford of Illinois, Lorrie Byrer of Vincennes, Julie Bohnert  and her husband, John, of Sebring, Florida, and Robert Nicol of Bruceville; one sister, Lynne Brough of Oaktown; nine grandchildren; and 18 great-grandchildren.

He was preceded in death by his wife, Marilyn Jo (Owens) Mack, in May of 2003;his parents; and one sister, Alice Potts.

Funeral services will be 1 p.m. on Monday at Mariah Creek Christian Church. Burial will be in Morris Chapel Cemetery. Visitation will be 11 a.m. until the hour of services on Monday at the church. Memorial contributions may be made to St. Jude Children’s Hospital, 501 St. Jude Place, Memphis, TN 38105. Funeral arrangements have been entrusted to Fredrick and Son McClure-Utt Funeral Home, Oaktown Chapel.

You may leave the family an online condolence at www.fredrickandson.com.

Gertrude V. “Trudy” Wainman, 88, of Sonora, California, and formerly of Edwardsport, passed away on Monday, Jan. 27, 2020 at her residence.

Trudy was born on March 26, 1931 in Edwardsport, the daughter of Norman and Estel Ficus Everett. She was a 1949 graduate of Edwardsport High School and then began a varied career. She married Ralph Alton in 1949 and the marriage ended in 1965. She was blessed with children from the marriage, a daughter, Peggy and a son Ralph Jr., who passed away the day after his birth. She moved to northern Indiana and returned to Edwardsport in 1966. She married John B. Wainman in 1967 and they made their life together until his death in 1995. She moved to Sonora in 2011 and then to Jamestown, California, in 2012 with her daughter, Peggy. She worked as a dental assistant, a physician’s assistant, veterinarian assistant and became executive director of Mental Health for Knox County. She also served as guardian for Karen Archer. She held memberships in the Edwardsport United Methodist Church, Edwardsport Rebekah Lodge-IOOF, American Legion Auxiliary, and the Indiana Business and Professional Women Foundation, where she served as past president. She was nominated and accepted to be in Who’s Who World Wide in 1993.

She is survived by her daughter, Peggy Florence, and her husband, Willie, of Sonora; her granddaughter, Maqueda Williams of Sonora; great-grandsons Gavin, Iain, and Colin Williams of Sonora; a brother, Don Everett and his wife, Janet, of Camby; a sister, Shirley Beaman of Monroe City; and she will be missed by several nieces, nephews, great-nieces and great-nephews, cousins and many people she considered family.

She was preceded in death by her husband, John B. Wainman; a grandson, N’gai Florence; her parents; a brother, R. Merlin Everett; and sisters Lucille Wainman, M. Mavorine Strahle and M. Maxine Yagle.

Funeral services will be 1 p.m. on Monday at the Duesterberg-Fredrick Wampler Shaw Chapel with Pastor Debbie Payne officiating. She will be laid to rest next to her husband, John B., in the Edwardsport IOOF Cemetery. The family will receive friends from 2:30-5 p.m. on Sunday and prior to the service on Monday at the funeral home. In lieu of flowers, the family request memorial contributions be made to the John B. Wainman Scholarship Fund. Duesterberg-Fredrick Wampler Shaw Chapel is honored to assist the Wainman family during their time of loss.

Jerry Washburne, 88, of Evansville, peacefully and with much anticipation passed into Heaven on Wednesday, Jan. 29, 2020 after a bout with cancer.

Raised in an age where fixing things was a way of life and an electrical engineer by training, few things gave him as much pleasure as removing a cover which said “DANGER, DO NOT REMOVE.”

An eclectic man, he excelled as a swing piano player, church pianist and layman, guppy breeder, tomato grower, Boy Scout leader, and at being grandpa the mad scientist. He will be greatly missed by many.

Jerry was born and raised in Chicago. He earned degrees from the University of Illinois and Valparaiso Institute of Technology and was a veteran of the U.S. Army. His engineering career involved work in several states and employers including Potter & Brumfield in Princeton. He held two patents. He retired from Vincennes University in 1995, where he had taught technology and engineering courses for a decade. For many years he served as the resident Ranger for Camp Arthur. He was a devoted Christian and an active member of Salem Church of Darmstadt, where he played piano at the first service until his recent illness.

He is survived by four children, Susan and her husband, David, of El Cajon, California, Jane of Antioch, Illinois, Tom and his wife, Lynne, of Evansville, and Jim and his wife, Lora, of Leesburg, Virginia; 15 grandchildren; and 11 great-grandchildren.

He was preceded in death by his wife, Donna Sue (Todd) Washburne, in 2002.

A memorial service will be 11 a.m. CST on Saturday at Salem Church of Darmstadt officiated by Rev. David Peterson. Visitation will be 9 a.m. CST until the hour of services on Saturday at the church.

Condolences may be made online at www.AlexanderNorthChapel.com.

Elizabeth J. Wheeler, 93, of Indianapolis and formerly of Vincennes, passed away on Tuesday, Jan. 28, 2020 at Robin Run Village.

She was preceded in death by her parents; her husband, Rev. James T. Wheeler; and her brothers, Marvin Mitchell, Richard Mitchell, and Walt Mitchell.

A Celebration of Elizabeth’s life will be 5 p.m. on Monday at Indiana Presbyterian Church, 2431 S. Lower Indiana Road. Friends may visit with the family from 3 p.m. until the hour of services on Monday at the church. Memorial contributions may be directed to Camp PYOCA, 886 E. CR 100 S, Brownstown, IN 47220. Goodwin Funeral Home is honored to serve the family of Elizabeth Wheeler.