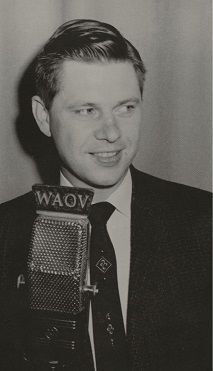 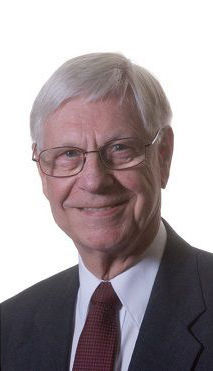 Gus Stevens was a direct descendant of the earliest settlers of Knox County, dating back some seven generations. In 1804, President Thomas Jefferson appointed his great-great-great-great-grandfather, John Badollet, as the registrar of the land office for the Indiana Territory in Vincennes, thereby establishing a personal lineage in our community that spans nearly the entire history of our country. Gus’ lifelong commitment to family and hometown, increasingly rare in modern times, is reinforced by the fact that his family still calls Vincennes home today. His passing is a watershed moment for the “Old Post” along the Wabash.

Born Robert Nelson Gaskins Jr. in Vincennes on Feb. 14, 1931, his name was changed in 1945 to Robert Reller Stevens upon his mother’s marriage to Hugh Q. Stevens, president of the Vincennes Steel Corporation.

During his high school years, Gus attended Kemper Military School in Booneville, Missouri, and then Vincennes Lincoln High School where he graduated in 1948. After a brief stint at Purdue University, he enlisted in the United States Army in 1949 and served in the Korean War in 1950-51 with the 89th Ordinance Field Maintenance Company earning the Korean Service Medal with five campaign stars. Upon discharge in 1952, he attended college on the G.I. Bill, graduating from Vincennes University in 1954, where he was the president of the Student Senate, and Indiana University in 1956.

While attending school, he supplemented the GI Bill as a disk jockey and sports “play-by-play” announcer at radio station WAOV in Vincennes. Following graduation from IU, he pursued a career in broadcasting that covered a 21-year span, first in radio and later as general manager of WVUT (TV), Vincennes University’s public television station. In 1978, he became the director of the Lewis Historical Collections Library at VU and served in that capacity until his retirement in 2000.

For years, Gus was the “Voice of the VU Trailblazers,” first on radio and then on television. Beginning in 1965, he volunteered as the university’s sports information director. Four of his VU Basketball Press Guides were accorded first-place honors as the “Best Basketball Brochure of the Year” by the National Junior College Athletic Association. He is likely the only Vincennes resident to have been physically present at each of the Trailblazers’ four national championship wins — 1965, 1970, 1972, and 2019. He was recently inducted into the 2017 class of the NJCAA Men’s Basketball Coaches Association Hall of Fame.

Long active in Masonic circles, Gus was a past master and a more than 60-year member of Vincennes Lodge No. 1. In 1983-84, he served as the grand master of masons in Indiana. He was awarded an honorary 33rd Degree of the Ancient Accepted Scottish Rite and the DeMolay Legion of Honor by the Order of DeMolay for his service to the organization and to the community at large. He was a past president of the Southern Indiana Chapter of the National Sojourners, a member of the board of directors of the Heritage Foundation in Madison, and he served many years on the board of directors of the Indiana Masonic Home in Franklin, where he was chairman of the board.

He was chairman of the board of the Old Northwest Corporation, a member and past officer of the Vincennes Historical and Antiquarian Society, the Old Northwest Genealogy Society, the Vincennes Kiwanis Club, Fort Knox II Committee, the Indiana Military Museum, and a past president of the Vincennes University Alumni Association. In addition, he served as a member and chairman of the board of the Kemper Military School and College and was a member of American Legion Post No. 73 since 1952.

In 1984, Indiana Gov. Robert Orr made him a Sagamore of the Wabash, and in 1996 he was awarded the Caleb B. Smith Medal of Honor, the highest award given by the Grand Lodge of Masons in Indiana. In 1997, Gus was named a Distinguished Graduate of Vincennes Lincoln High School and in 1998 was named a “Patriot of Vincennes” by the city. In 2000, he received the Long Knife Award, presented by the Spirit of Vincennes Rendezvous, Inc., for contributions to historical development of the Vincennes area. He is also a past recipient of the Walter A. Davis Citation from Vincennes University. During his long career, he wrote and published numerous articles for historical journals, magazines and newspapers.

Upon his retirement from Vincennes University, he served as the volunteer curator at Grouseland, the home of William Henry Harrison, and he continued service as the vice president of the board of the Indiana Masonic Home and Medical Center.

He was devoted to his church, formerly First Presbyterian and now Upper Indiana Presbyterian, as an elder and a member of the session.

He loved music and was self-taught on the piano. He enjoyed playing American popular standards by composers such as George Gershwin, Jerome Kern, and Irving Berlin, as well as Indiana’s own Cole Porter and Hoagy Carmichael. He also loved the music of the Big Band era.

When asked about the origin of his nickname, Gus would tell the story of himself as a kid, five or six years old, coming into his home on Old Wheatland Road with tattered clothes and a dirty face. Upon seeing him, his Uncle Bob Reller remarked, “Kid, you look like a member of the Gashouse Gang. From now on I’m going to call you “Gashouse Gus.” The reference was to the famous 1930’s St. Louis Cardinals baseball team known as the “Gashouse Gang,” and the name stuck. Today, there are probably people in Vincennes who don’t even know his name was Robert.

Preserving the history of Vincennes was certainly Gus’ passion. While happy to discuss the life and times of Francis Vigo, Red Skelton, or countless others who contributed to Vincennes’ rich history, few things brought him more joy than showing dignitaries, visitors, and his grandchildren the local historic sights. The George Rogers Clark Memorial, the Harrison House, the Gimbel Corner, the cemeteries, Kimmel and Gregg parks, the French House and the military museum were all standard stops on his tours. His extensive genealogical collection is available for research at the local McGrady-Brockman regional history/genealogy center. The legacy of Gus’ broad knowledge of Vincennes and the state of Indiana will forever be his gift to succeeding generations.

Above all things, Gus Stevens loved his family and he loved Vincennes. He would only want to be remembered as a wonderful story teller, a true gentleman, and a lifelong Hoosier.

Gus was preceded in death by his parents, Mary (Reller) and R. Nelson Gaskins; his maternal grandparents, Mabel (Potter) and Hugo N. Reller, with whom he spent significant time growing up; a half-sister, Susan J. Talbert; and his first wife of 37 years, Suzanne Stevens.

Due to the COVID-19 pandemic, the family will hold private services.

Online memories may be shared with Gus’ family and friends at www.goodwinsieversfh.com.