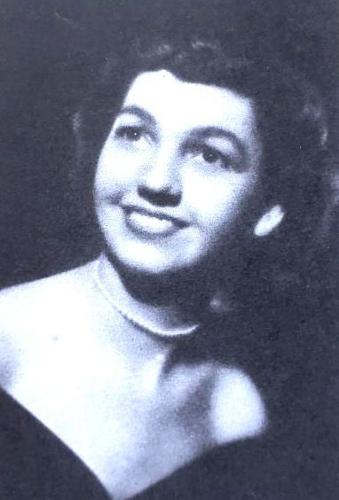 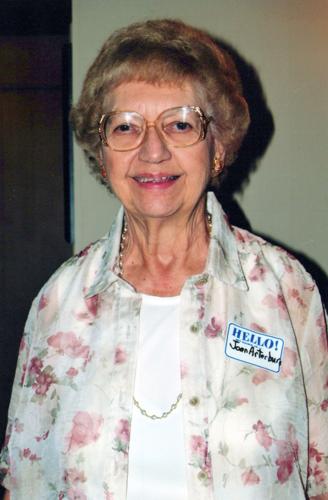 She was born Nov. 19, 1930, in Vincennes to the late Indiana Supreme Court Justice Norman F. and Lois (Richards) Arterburn.

Joan graduated from Lincoln High School in Vincennes in 1949, DePauw University as an English major, and Indiana University with a master’s degree in education. She began her teaching career in New Albany in 1957. She then taught at Lincoln High School from 1959 until her retirement in 1980. In 1963, she was the class sponsor. In the early 1970s, Joan encouraged students on the importance of computers in their lives. While convalescing at Colonial Oaks from a broken hip, Joan received many get-well cards and words of encouragement from former students of over 50 years ago because of her impact on their lives. After retirement from teaching in 1980, she began a new career in real estate. Of special interest to Joan were classic cars, rescued greyhounds, classical music, playing the piano, traveling, and watching sports. Joan and her late husband, attorney Jules Scott Walker, donated money for the pickleball courts at Matter Park in Marion. Joan will also be remembered for her sense of humor and infectious smile. While at Colonial Oaks, she derived great pleasure watching the many birds and squirrels at the bird feeders and window ledge outside her bedside window.

She married the late Jules Scott Walker on Jan. 2, 2009. They enjoyed eight years together before his passing in 2017. In addition to her parents and husband, she was preceded in death by her sisters, Joyce Arterburn and Linda (Arterburn) Ridgely; and her stepmother, Lois (Arterburn) Holl.

Also left behind to cherish her memory are special friends, Linda McKee, Dan and Sarah Willis, Barbara Bluebaum and family, and Michael from Colonial Oaks. Bill and Jan Beekman, Terry and Betty Porter, and Jim and Sally Baas became new friends and extended family after her marriage to Jules Scott Walker.

Special thanks go to Colonial Oaks Health and Rehabilitation Center for the loving care bestowed upon Joan her last four and a half years and to Heart to Heart Hospice.

On Aug. 1, family and friends will have a memorial visitation from 2-4 p.m. at Goodwin-Sievers Funeral Home, 524 Broadway St., Vincennes. There will not be any visitation at Joan’s house.

Arrangements are entrusted to Needham-

Memories may be shared online at www.nswcares.com.