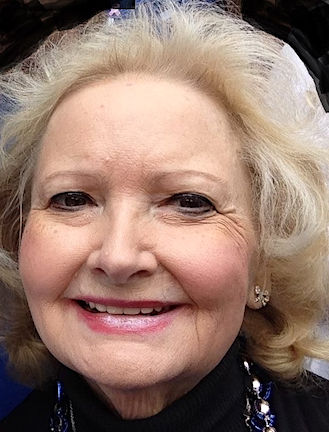 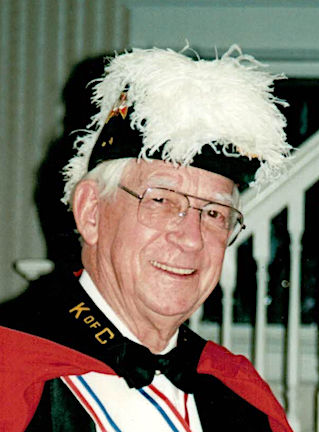 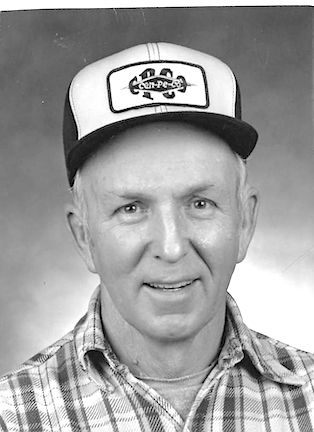 Richard F. “Dick” Brown, 98, of Vincennes, passed away on Thursday, March 12, 2020 with his family at his bedside at Gentle Care Nursing Center.

Richard was born on March 17, 1921 in Knox County, the son of Louis R. and Margaret Tromley Brown. Dick was a 1940 graduate of Lincoln High School and after graduation he entered the U.S. Marine Corps and served his country during World War II in the Pacific Theater in the battles of Tarawa and Okinawa. He married Phyllis Hinton on Oct. 19, 1958 and they made their life together for over 60 years. He was a member of St. John Catholic Church and a 4th Degree member of the Knights of Columbus where he had served as Faithful Navigator. Dick was a lifetime member of The Harmony Society, the Elks, VFW and the American Legion. He was named “Veteran of the Year” in 2016. He formerly owned and operated Dick Brown’s Camera World.

Richard is survived by children, Richard L. Brown and his wife, Cynthia, of Vincennes, and Rebecca Noe and her husband, Gary, of Chattanooga, Tennessee; and his grandchildren, Christian Brown, Ciera Noe and Lindsey Noe.

He was preceded in death by his wife, Phyllis Brown; his parents; his sisters, Esther Jane Brown and Margaret Brown; his brother, Raymond Brown, in infancy; and a half brother, John E. Woods

A Mass of Christian Burial will be celebrated at 10 a.m. on Tuesday at St. John Catholic Church with Father Tony Ernst officiating. He will be laid to rest next to his wife in the Mount Calvary Cemetery with gravesite military honors presented by the All Weather Firing Squad. The family will receive friends from 4-6 p.m. on Monday at the Duesterberg-Fredrick Funeral Home, 521 Vigo St. Memorial contributions can be made to the Good Samaritan Hospice or the donor's charity of choice. Duesterberg-Fredrick is honored to assist the Brown Family during their time of loss.

He owned and operated Affordable Vapor and Best Choice Vapor and was a attended Washington Assembly of God.

Funeral services will be 11 a.m. on March 21 at Fredrick and Son McClure Utt, Vincennes Chapel, 313 Church St. Burial will be in Oaktown Cemetery. Visitation will be 4-7 p.m. on Friday at the funeral home.

He was born on Sept. 21, 1924 in Knox County to Esco and Helen (Ruble) Marchino. Ray attended the Pilgrim Holiness Church and worked at Sater Morgan in his younger days. He retired as a mechanic for coal mines.

Surviving are his wife, Virginia (Cochran) Marchino, who he married on July 3, 1947; his daughters, Cheryl Ann Marchino of Vincennes and Deborah Myers and her husband, Ron, of Mount Vernon, who have no words that would describe the greatness of their loss; a brother, Bob Marchino of Vincennes; four grandchildren, Amy Holzmilller, Ron Myers II, Petrina Chambers, and Valerie Hurst; along with eight great-grandchildren and six great-great-grandchildren.

He was preceded in death by his parents; a sister, Nancy Holzmiller; a brother, John Marchino; and a grandson, Chad Holzmiller.

Funeral services will be 1 p.m. on Tuesday at Goodwin-Sievers Funeral Home, 524 Broadway St., with Rev. Tony Frankum officiating. Burial will be in the Upper Indiana Cemetery. Visitation will be noon until the hour of services on Tuesday at the funeral home. Goodwin-Sievers is honored to serve the family of Raymond A. Marchino.

She had been a registered nurse.

Verda's wishes were to be cremated with no formal services.

Online condolences may be made at www.cunninghamfuneralhomes.com.

She was born in Greensboro, North Carolina, on Aug. 18, 1949 to James and Willie (Maness) Vining, who preceded her in death. A cat enthusiast, Martha was very proud of her two daughters and was an avid Vincennes University basketball fan supporting her husband while he coached. Martha was a teacher and graduated from Grimsley High School and East Carolina University.

Surviving are her husband, Harry Meeks, who she married on May 20, 1978; her two girls of whom she was so proud, Molly Lee and her husband, Jim, of Denver, North Carolina, and Melanie Meeks of Plainfield; her three beautiful grandchildren, Lincoln James Lee, Sadler James Meeks, and Walter Robert Lee; along with two cousins, Brad Phillips and his wife, Carol, and Steve Ingold.

Martha never met a stranger, befriending all who came across her path. She greatly enjoyed tutoring her husband’s basketball players over the years. Her love for her kitties was unmatched, as was her love for a good fart joke. In her spare time, she enjoyed embarrassing her daughters (all in good fun, of course), frying peanuts, and loving her three grandsons.

A Celebration of Martha’s Life will be 5 p.m. on Sunday at Goodwin-Sievers Funeral Home, 524 Broadway St., with Pastor Pete White officiating. Visitation will be 2 p.m. until the hour of services on Sunday at the funeral home. Memorial contributions may be directed to the Vincennes Animal Shelter. Goodwin-Sievers Funeral Home is honored to serve the family of Martha Meeks.

Edward A. Robbins, 93, of Vincennes, passed away on Thursday, March 12, 2020 at Hendricks Regional Health in Danville. Arrangements are pending at Goodwin-Sievers Funeral Home.