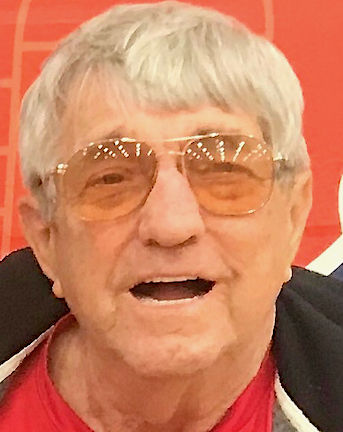 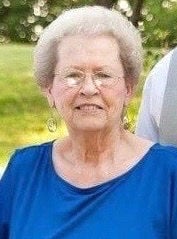 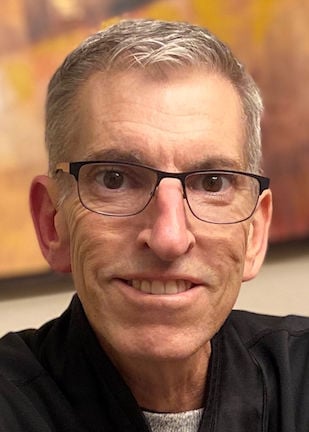 Jim was born on Dec. 3, 1941 in Shoals, the son of Howard D. and Betty (Qualkenbush) Abel. He married Roberta “Birdie” Barksdale on March 6, 1981. Jim worked in service for Hoosier Gas and later SIGECO until his retirement. He was a member of St. John Catholic Church and was an avid golfer and enjoyed fishing, bowling and hunting. Jim was also a member of the American Legion and an avid St. Louis Cardinal and Indiana University fan. More importantly though, Jim enjoyed watching his children and grandchildren participate in any sporting event they were in.

Jim was preceded in death by his parents; two brothers, Dwain and Brian Abel; and his brother-in-law, Dave Wright.

Private graveside services will be held on Monday at Mt. Calvary Catholic Cemetery with Rev. Dale Biehl officiating. Anyone interested will be able to watch the service live on the Goodwin-Sievers Funeral Home Facebook page; and you will be notified when it goes live. The Abel family will have a public celebration of life ceremony at a later date. Goodwin-Sievers Funeral Home, Vincennes is honored to assist the Abel family with arrangements.

Online memories may be sent to the Abel family at www.goodwinfamilyfh.com.

Vi was born on Sept. 21, 1936 in Huntington County, the daughter of Fred W. and Zelma E. (Trout) Reece. She married Mark Blinn on Dec. 9, 1956. Vi worked at Francis Vigo Elementary School as a reading assistant and then as a supervisor in the Food Service Department at Good Samaritan Hospital. She was also a member of First Baptist Church for many years. Vi moved to Vincennes in 1968 and with her husband, Mark, was instrumental in starting the host family program for international students at Vincennes University. Vi was proud of the fact she taught some of the students English and made prom dresses for some as well. She was also proud of the fact that one the international students they hosted lived with them for seven years. She also was a member of the YMCA Men’s and Women’s Club.

Vi was preceded in death by her parents.

A private graveside service will be held on Tuesday at Sugarland Memory Gardens in Washington with Rev. Phillip Walthall officiating. Anyone interested will be able to watch the graveside service live on Goodwin-Sievers Funeral Home Facebook page and will be notified when it goes live. Memorial contributions may be made to United Way of Knox County.  Goodwin-Sievers Funeral Home is honored to assist the Blinn family with arrangements.

On line memories may be shared with the Blinn family atwww.goodwinfamilyfh.com.

Steven O. Staley, 54, of New Carlisle, passed away on Monday, March 23, 2020, at his home surrounded by his wife, Alyssa and their children.

Born on June 4, 1965 in Vincennes, Steven proudly served his country for 26 years with the Army National Guard. He was also a dedicated past master of the Acme Masonic Lodge No. 83, F & A.M. of Michigan City, and member of the York Rite chapters 15, 32 and 12. Steven enjoyed camping with his friends and family, watching the Packers games, and spending time with his kids. Steve was diagnosed with mesothelioma in January 2019, and celebrated with us on Sept. 26, 2019, in a living celebration of life.

Steven was preceded in death by his parents Elza and Ida (Stewart) Staley; a brother, Elza Staley Jr.; and a sister, Alfreda Wells.

Memorial contributions may be made to curemeso.org. In honor of Steven, considering wearing blue on Sept. 26 each year in remembrance of him.

Baum, Donna Lee, died March 19. Due to the current coronavirus pandemic, a memorial service for her will be announced at a later date. Memorials: Knox County Community Foundation’s “Cantwell Family Fund,” 20 N. Third St., Vincennes, IN 47591.