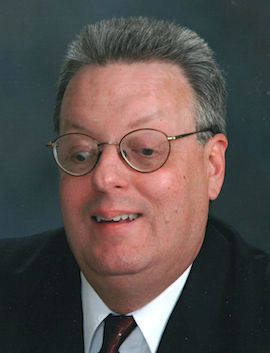 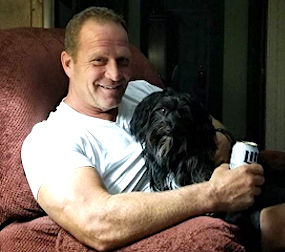 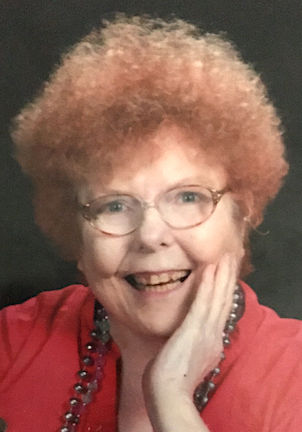 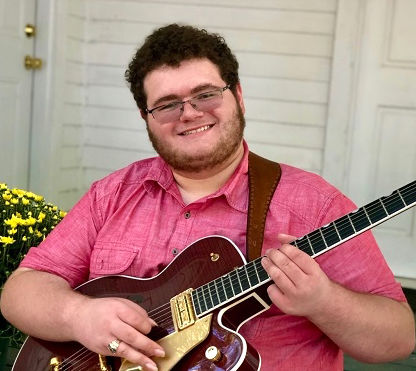 She worked as a secretary at St. Paul Lutheran Church in Decatur, Illinois.

Survivors include her daughter, Rhonda Fox, and a sister, Helen Hartness.

Online condolences may be made at www.glasserfh.com.

Wanda Shoulders Hudspeth, 89, of Bridgeport, Illinois, passed away on Sunday, Feb. 9, 2020, at her home surrounded by her loving and grateful family.

She was born at her family’s home in rural Bridgeport on Dec. 8, 1930, to Lou Cox and his wife, Daisey (Faith) Cox. As a young woman, Wanda met and married the love of her life, Sylvester “Beck” Shoulders. They had nine children together. Sylvester preceded Wanda in death in 1977. She was fortunate then to have met and married Gerald “Gene” Crump, who preceded her in death in 1999. Marvin Hudspeth was Wanda’s third husband. He preceded her in death in 2008.

Wanda was a loving homemaker to her nine children and their families as they became adults. She absolutely loved her family. The caretaker in her was evident as she worked as a home health-care aid, and she also had been an AVON representative. Wanda was a member of the Calvary Apostolic Church of Lawrenceville, VFW and American Legion auxiliaries, and the Bridgeport and Lawrenceville Moose Lodges.

Funeral services will be 2 p.m. CST on Wednesday at the Cunningham Funeral Home. Burial will take place in the Bridgeport City Cemetery (Shiloh Cemetery). Visitation will be 6-8 p.m. CST today and 1 p.m. CST until the hour of services on Wednesday at the funeral home. Memorial contributions can be made to the group or organization of the donor’s choice.

Funeral services will be 1 p.m. on Wednesday at Goodwin-Sievers Funeral Home, 524 Broadway St. Burial will be in Memorial Park Cemetery. Friends may visit with Tim’s family from 11 a.m. until the hour of services on Wednesday at the funeral home.

Online condolences may be sent to the family through www.goodwinfamilyfh.com.

Douglas Neal Roberts Sr., 55, of Vincennes, left this world peacefully while at home with his loving wife on Friday, Feb 7, 2020.

He was born July 30, 1964 in Annapolis, Maryland, to Jean (Lavender) Roberts and Franklin Albert Roberts Sr. Doug was preceded in death by his father.

Doug was a 1983 graduate of Monessen High School, in Monessen, Pennsylvania, and moved to Vincennes in 1988. In 2010 he became a master mason and belonged to Vincennes Masonic Lodge No: 1. Doug’s light shined brightest in the ways he loved his family and grandchildren. He wore many hats, but none so well as “papaw” and “pap.”

Doug was the maintenance director for the Vincennes Parks and Recreation Department for 13 years, a position he approached in the spirit of service to his community. Doug dedicated his summers to making The Rainbow Beach Aquatic Center one of the jewels of our community.

Doug was a lifelong Pittsburgh Steelers fan, was passionate about physical fitness, and encouraged everyone to live their best life. Doug devoted many years to coaching youth sports and invested countless hours shaping the youth of his community.

A celebration of Doug’s life will be 1 p.m. on Saturday at Adam’s Coliseum, to be followed by food and fellowship until 5 p.m.  As in his life, all are welcome. His family asks the community he so lovingly served to come share a meal, share a laugh or share a story.

If you find yourself searching for a way to honor Doug’s legacy, support local youth sports, serve your community, and love your family. In lieu of flowers, memorial contributions may be made to the Vincennes Football Association, 1545 S. Hart Street Road, Vincennes, IN 47591. Goodwin-Sievers Funeral Home, 524 Broadway St., is honored to assist the Roberts family.

Cynthia was born Dec. 5, 1952 in Decatur, Illinois, to Richard Thompson and Barbara Grimes Thompson. Cynthia was a member of the Wheatland Christian Church and a devoted Christian. She enjoyed making baby blankets, bowling, and word search puzzles. She retired from KCARC Dove manufacturing plant.

She was preceded in death by her father, Richard Thompson, and both maternal and paternal grandparents.

Funeral services will be 10 a.m. on Friday at Fredrick and Son McClure-Utt, Vincennes Chapel, 313 Church St. Burial will be in Memorial Park Cemetery. Visitation will be 4-7 p.m. on Thursday at the funeral home. Please make memorial contributions to Heart to Heart Hospice, 415 E. Sixth St., Jasper, IN 47546, or Attic INC. 2735 Washington Ave., Vincennes, IN 47591.

You may leave the family an online condolence at www.fredrickandson.com.

He was a member of the Bunker Hill General Baptist Church, and was part of its praise team. A 2019 graduate of South Knox High School, he served as class secretary. He was attending Vincennes University for audio recording and was part of the Blues Ensemble. Evan loved music his entire life, and music played a huge part in his life. He started playing guitar when he was two years old, and had played at the Farmers Market of Historic Vincennes since he was six years old. He was a four-time gold medalist in state choir competition  in solo ensemble. Evan got to meet and play music with Vince Gill in Nashville, Tennessee, and with James Burton, who was Elvis Presley’s guitar player. When Evan was seven years old, he played with Leon Rhodes, who was Ernest Tubbs guitar player in Nashville.

His accomplishments in music were plentiful, as were his memberships in music associations. Evan was a member of the Chet Atkins Appreciation Society, Country Gospel Music Association, International Home of the Legends, and the South-Central Indiana Blues. His awards included 2015 International Home of the Legends Thumbpicking Horizon Award, 2015 International Traditional Thumbpicking Champion, 2016 Country Gospel Music Association Instrumentalist of the Year, and the Teenage Performer of the Year. In 2017, he became an endorsed artist for Gretsch Guitars, and in 2018 was the Traditional Champion in Arkansas Thumbpicking guitar. In  2019, he was the Arkansas Contemporary Thumbpicking Champion and finished second in individual finger-style competition. He won the  2020 International Blues Competition Youth Show Case Award in Memphis, Tennessee.

Those surviving who will cherish Evans’s memory include his parents, Rick and Jamie (Hess) Twitty, of Vincennes and the love of his life, his high school girlfriend, Jennie Davis.

Evan was preceded in death by his grandparents, Junior and Rosie Twitty. and James and Edna Hess.

A Celebration of Evan’s Life will be held at 11 a.m. on Friday in the South Knox High School gymnasium, with Pastor Jay Howder officiating. Burial will be in the St. Vincent Cemetery. Visitation will be 4-8 p.m. Thursday in the auditorium. In lieu of flowers, memorial contributions may be directed to the Evan Twitty Scholarship Fund, Bunker Hill General Baptist Church, or the Vincennes Animal Shelter. Goodwin-Sievers Funeral Home is honored to serve the family of Evan Twitty.