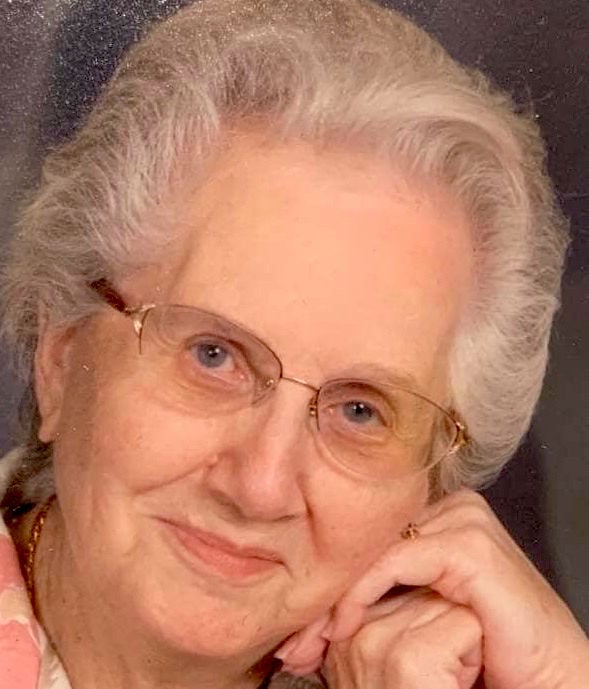 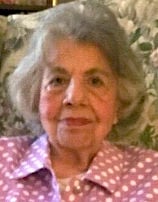 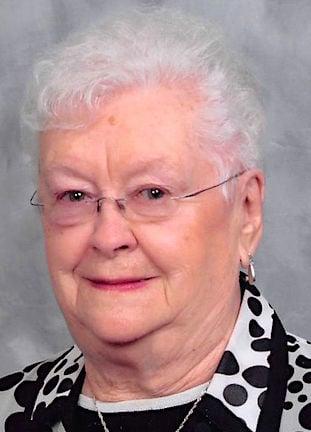 Dorothy (Zarafonetis) Phillips, 95, of Vincennes passed away on Saturday, March 7, 2020. Her family was by her bedside.

She was born on Aug. 25, 1924, to Mary (Vlahoos) and Demitrius Zarafonetis in Vincennes. Dorothy was a graduate of Lincoln High School and Vincennes University. In her early years she worked with her family at the Greek Candy Kitchen, also known as “The Greeks.” She became a member of Saint James Episcopal Church when she was eight years old.

She was married to Joseph Wayne Phillips, who was well-known as “Pappa Joe.” They owned and operated Pappa Joe’s restaurant on Willow Street serving the Greek family recipe for Coneys and also Italian food. Dorothy worked at the former Gimbel Bond store before she married Joe. In addition to working at Pappa Joe’s, she also worked for Indiana Bell Telephone, the law office of Emison, Doolittle & Kolb, and later at McDonalds office in Vincennes. She was also a member of Tri Kappa. Dorothy remained active in her Lincoln High School class reunions and kept this group of friends throughout the years.

Friends may visit with Dorothy’s family and friends from 4-8 p.m. on Wednesday at Goodwin-Sievers Funeral Home, Gardner-Brockman Chapel, 505 Main St. Dorothy’s funeral service will be held at 10 a.m. on Thursday at Saint James Episcopal Church, 610 Perry St. Dorothy will be laid to rest in Fairview Cemetery next to her husband, Joseph. Goodwin-Sievers Funeral Home, Gardner-Brockman Chapel is honored to assist the Phillips family with arrangements.

Online condolences may be shared with Dorothy’s family and friends at www.gardnerbrockman.com.

Dorothy’s laughter and kindness were some of her blessings. She was proud of her Greek heritage and being first generation here in the United States. But her faith in God, was the basis of her life. The family requests memorial contributions be made to Saint James Episcopal Church. We would like to thank the healthcare professionals that have taken care of Dorothy. We thank all the people over the years that have been a part of our mother’s life. We will miss her wisdom and courage.

She was born on Jan. 25, 1934 in Lawrenceville, the daughter of Roy Everett and Marie (Cummins) Seed. She married Roy “Buster” Richardson in 1952. He passed away in 2017. Peggy worked in housekeeping at the Lawrence County Memorial Hospital. She was a member of the Billett United Methodist Church and was an active member. She was an avid reader and loved her children and great-grandchildren.

Mary Marie McCormick Gardner Stone, 99, of Vincennes and formerly of Monroe City, went to be with the Lord on Sunday, March 8, 2020.

She was born July 9, 1920 in Knox County to Edward and Bernice (Hinkle) McCormick. Mary was a member of the Cumberland Presbyterian Church in Monroe City, Eastern Star, and was a 1938 graduate of Monroe City High School. She retired as postmaster of the Monroe City Post Office in 1979, where she had started working in 1949. Mary was still playing the piano at church at 94 years old and often said when life is hard you just go on and do the best you can.

Preceding her in death were her parents; her first husband, Charles Gardner, who was killed in 1948, and her second husband, James L. Stone.

Funeral services will be held 10:30 a.m. on Thursday at Goodwin-Sievers Funeral Home, 524 Broadway St., with Rev. Dave Parman officiating. Burial will be in the Memorial Park Cemetery. Visitation will be 5-8 p.m. on Wednesday at the funeral home. Memorial contributions may be made to the Cumberland Presbyterian Church or the Monroe City Blue Jean Center. Goodwin-Sievers Funeral Home is honored to serve the family of Mary Marie McCormick Gardner Stone.

She was born on March 29, 1927 in Ragsdale to George H. and Mary (Emmons) Tomson. A homemaker, Betty was a member of the Church of Christ and the Telephone Pioneers of America.

She was preceded in death by her parents, her husband, M.E. “Gene” Taylor, her son, James E. “Jim” Taylor, her sister, Frances Harris and her brother, George Tomson.