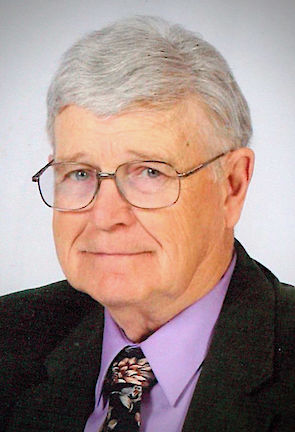 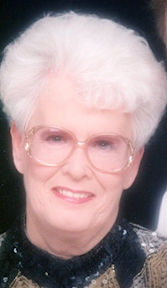 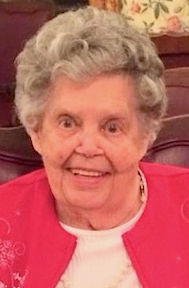 Joy was born in Knox County on Aug. 29, 1936 to the late Hobert Hooper and Pearl (Sanders) Hooper. She then married to John E. Bennett on Sunday, July 20, 1958 in Bicknell. Joy was a member of Word of Life Church and enjoyed her church fellowship. She was a retired cafeteria manager at North Knox East Elementary and Madison City Schools in Madison, Alabama. She also was employed as a telephone operator for the city of Bicknell.

In addition to her parents, she was also preceded in death by her husband of 60 years, John E. Bennett; a son, Bradley Bennett; three brothers; and one sister.

Arrangements have been entrusted to Fredrick and Son McClure-Utt Funeral Home, Bicknell Chapel. Due to the COVID-19 pandemic, services will be privately held and officiated by Pastor John Moreland on Wednesday; please make floral deliveries today or on Wednesday morning. Burial will be in Bicknell Memorial Cemetery. Memorial contributions may be made to The Word of Life Building Fund, 7144 Russell Drive, Bicknell, IN 47512.

During these difficult times we would like to encourage everyone to please support the family by signing the online register book at www.fredrickandson.com.

He was born on March 28, 1937 in Knox County to William Herschel and Barbara (Yount) Carnahan. Bill retired as produce manager for Kroger after 45 years and was a member of the Turning Point Foursquare Church. In his free time Bill enjoyed golfing, bowling, gardening, woodworking, and attending River Region Herb Society meetings.

Surviving are his wife, Dallasue (Chastain) Carnahan, who he married on Nov. 5, 1961; his children, William Bradley Carnahan of Los Angeles and Robert Carnahan and his wife, Lynn, of Vincennes; his sisters, Margie Clark of Washington and Barbara Peloski of Indianapolis; his grandchildren, Jeremy, Jordan and his significant other, Jennifer, Sam, Elijah and his wife, Payton, Koty, and Logan; along with a great-grandchild, Koen.

Preceding him in death were his parents; a brother, Robert Carnahan; and two sisters, Joann Henderson and Flossie Johnson.

All services will be private. Goodwin-Sievers Funeral Home is honored to serve the family of William Eugene Carnahan

Jolee was born on Sept. 16, 1934, the daughter of Lloyd and Violet (Knoblett) Lucas. She married Albert Leon “Pete” Culp on June 4, 1955 and he preceded her in death on Dec. 5, 2017. Jolee worked at Brown Shoe Factory and as a telephone Operator. She was a graduate of Decker High School and a member of Decker United Methodist Church. Jolee and Pete enjoyed riding their motorcycle and had the privilege of traveling all over the United States and into Canada. They also enjoyed taking their annual trip to England for many years.

Survivors include her daughter, Cheryl Wilson and her husband, Jay, of Indianapolis, and her sister, Linda Lucas Culp of Decker.

Jolee was preceded in death by her parents; her husband, Pete Culp; her daughter, Brenda Culp; and her brother, Bill Lucas.

Online memories may be shared with Jolee’s family and friends at www.goodwinfamilyfh.com.

She worked for the Lawrence County Senior Citizens and was a member of the Shiloh Baptist Church.

A celebration of life will be announced at a later date. Memorial contributions may be made to the Lawrence County Senior Citizens or the American Heart Association. Emmons-Macey & Steffey Funeral Home in Lawrenceville, Illinois is in charge of the arrangements.

Tom was born on Dec. 2, 1944 in Vincennes, the son of Cletus C. and Veronica Carie Hess. He was a life-long member of St. Thomas Catholic Church and graduate of Central Catholic High School. Tom was a life-long farmer and enjoyed raising Quarter Horses. Tom married Mary Louise Oexmann on July 4, 1964 and they made their life together for nearly 56 years. He was a lifetime member of the American Quarter Horse Association, National Barrel Horse Association IN05, various local saddle clubs in the Tri State Area, and was a leader in the Knox County 4-H Horse and Pony Club. He and his wife, Mary Louise, were avid supporters of South Knox athletics. Tom was a loving husband, father, grandfather and great grandfather.

Tom was preceded in death by a son, Mark Hess; his parents, Clete and Veronica Hess; and a sister in infancy.

Due to the COVID-19 pandemic, to remember Tom the family invites family and friends to Hess Farms at 1873 W. Carie Road for a drive-through visitation in his shop building from 11 a.m. to 2 p.m. on Thursday. Tom will be laid to rest next to her ands Louise's son in St. Thomas Cemetery where a gravesite service will be conducted with Father Tony Ernst officiating following the visitation. Memorial contributions can be made to the St. Thomas Cemetery Fund or to the donor’s charity of choice. Duesterberg-Fredrick Funeral Home is honored to assist the Hess family during their time of loss.

He was a farmer.

He was a truck driver.

Due to the COVID-19 mandates, private services will be held at Cunningham Funeral Home. There will also be a graveside service held at Bridgeport City Cemetery.

Online condolences may be made at www.cunninghamfuneralhomes.com.

She was born on Jan. 14, 1925 in Fairfield, Illinois, to Joseph L. and Lula M. (Young) Milner. She married Walter Lowell Wilkens on Nov. 27, 1945. Ruby graduated from Newton High School in Newton, Illinois, and attended the University of Illinois. She left college to make parts for airplane wings for planes needed in World War II. She was a member of the First Baptist Church in Olney, Illinois, and owned Ruby Wilkens Trucking until 2011.

Private graveside services will be held on Wednesday at White Church Cemetery in Princeton. In lieu of flowers, memorial contributions may be directed to St. Jude Hospital in Memphis at https://www.stjude.org, or Shriners Hospital in St. Louis at  https://www.shrinershospitalsforchildren.org/st-louis. Anyone interested will be able to watch the service live on the Goodwin-Sievers Funeral Home Facebook page and you will be notified when it goes live. Goodwin-Sievers Funeral Home in Vincennes is honored to assist the Wilkens family with arrangements.

Online memories may be made at www.goodwinfamilyfh.com.