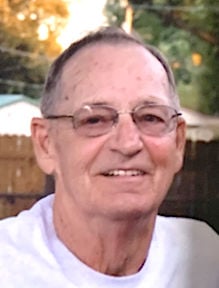 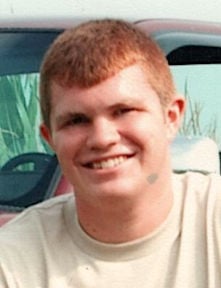 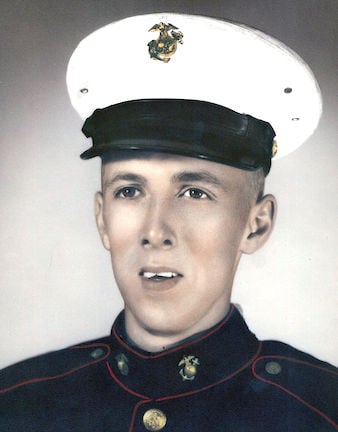 Nathaniel D. Crawford, 32, of Lawrenceville, Illinois, passed away on Saturday, April 18, 2020 at his residence.

He was born on March 8, 1988 in Fort Ord, California, the son of Daniel Crawford and Trudy (Moffitt) Tester. Nate worked at the Lawrence County, (Ill.) U.S. Department of Agriculture Office of Natural Resources Conservation Services. He was a member of the Wesleyan Christian Church on Fourth Street in Lawrenceville. He enjoyed fishing, landscaping, traveling, and being outdoors.

A private funeral services will be 2 p.m. CDT on Wednesday at the Emmons-Macey & Steffey Funeral Home. Viewing will be available on the funeral home’s Facebook page https://www.facebook.com/Emmons-Macey-Steffey-Funeral-Home-Burial-Cremation-Services-241234759332208/. Extended family and friends are invited to drive past the funeral home from noon CDT until the hour of services in honor of Nate and his family; approach the funeral home from South 12th Street, and you will be directed by staff to pass through under the awning. Burial will be at the May Chapel Cemetery. Memorial contributions in may be made to the Lawrence County Resource Center and Wig Shoppe. Mail cards and/or memorial contributions to the funeral home at P.O. Box 564 Lawrenceville, IL 62439.

She was born on April 30, 1922 in St. Francisville, Illinois, the daughter of Thomas A. and Louisa (Sumner) Diver. She was a graduate of Lawrence Township High School and earned a bachelor’s degree from Marion University in Indianapolis, a master’s degree from Catholic University in Washington, D.C., and did post-graduate work at the University of Minnesota and Baylor University. She worked as a field representative for the Navy Relief Society. She was a member of St. Lawrence Catholic Church in Lawrenceville, the Lawrence County Historical Society, and the Lawrence County Arts Council.

Surviving are one sister, Gerry Cannon of Lawrenceville, and 23 nieces and nephews.

She was preceded in death by her parents; her brothers, Tom, Joe and Patrick Diver; her sisters, Ruth Diver, Dorothy Whitmarsh, Mary Curts, Virginia Mullin and Joan Childress; and seven nieces and nephews.

He was born on Sept. 11, 1930 in Vincennes, to Howard and Margaret (Cardinal) Lance. Gib retired from the maintenance department at Good Samaritan Hospital and served his country in the U.S. Army during the Korean War. Gib loved to shoot trap and visit with all of his Amish friends from the Odon area and travel with Madonna. He was a 50-year member of the Masonic Lodge No. 1 and Hadi Shrine and the Scottish Rite. Other memberships included the Vincennes Gun Club, American Trappers Association and the Vincennes Harmony Society.

Preceding him in death were his parents; his wife of 34 years, Madonna M. (Doser) Lance, who preceded him on March 22, 2007; and his two brothers, Lyman and Leroy Lance.

On line memories may be shared with Gib’s family and friends at www.goodwinsieversfh.com.

Kenneth was born on March 12, 1938, in Vincennes, the son of James and Betty (Howe) Nickless. He married Martha A. Cox on July 3, 1959 and she preceded him in death on July 30, 2018. Kenneth worked at Hamilton Glass for many years and after his retirement he enjoyed working in his shop on woodworking projects. He served his country in the U.S. Marine Corps and was very proud to be a Marine. Kenneth was a member of the VFW and American Legion. Kenneth was also a huge sports fan and was a huge fan of NASCAR, Indiana University, the Indianapolis Colts and the St. Louis Cardinals. He also always enjoyed a good joke.

Survivors include his daughter, Nancy Goff, and her husband, Rick of Vincennes; his son, Kenneth J. Nickless; his sisters, Barbara Burnworth of Vincennes, and Shirley Smith of Bridgeport, Illinois; his brother, Harley Nickless and his wife, Sylvia, of Oakland City; his grandchildren, Joshua Berry and his wife, Sarah, Brooke Billings and her husband, Regis, and Zachary Nickless; great-grandchildren Mason Berry and Blakley Billings; step-great grandchildren Remi and Rhys Billings; and several nieces and nephews.

Kenneth was preceded in death by his parents; his wife, Martha A. Nickless; a great-grandson, Caden Berry; his brother, James Nickless; and his beloved dog Daisy.

Private graveside services will be held on Wednesday at Memorial Park Cemetery with Pastor Ron Fellows officiating. Anyone wanting to watch the service can do so on Goodwin-Sievers Funeral Home Facebook page and will be notified when it goes live. Memorial contributions may be made to the Vincennes Animal Shelter or the All-Weather Firing Squad. Goodwin-Sievers Funeral Home, 524 Broadway, Vincennes is honored to assist the Nickless family with arrangements.

Online memories may be shared with Kenneth’s family and friends at www.goodwinsieversfh.com.

Jim was born on Jan. 24, 1940, in Vincennes, the son of James O. Owens Sr. and Glendola Duckworth (Biddle) Owens. Jim married Linda Charley of Oaktown on May 5, 1959 and they were married just 17 days shy of 61 years. Jim was of the Presbyterian faith and had worked in retail sales his whole career. He was a member of the Sons of American Legion Post 73, where he had been their historian. Jim also enjoyed golf, NASCAR, St. Louis Cardinals baseball and Indiana University sports. The most important thing in the world to him was his family and watching his grandchildren’s sporting events.

Survivors include his beloved family, including his wife, Linda Owens of Bridgeport; his son, Kenny Owens and his companion, Jodi Hippensteel Smith, of Cincinnati, Ohio; Debbie Riggle and her husband, Lee, of Bridgeport, Tracy Sparks of Vincennes and her companion, John Lytle, of Sumner, Illinois; his brothers, Kenny Ray Owens and his wife, Geri, of Vincennes, David Owens and his wife, Carole, of Paducah, Kentucky, and Chuck Owens of Vincennes; his grandchildren, who he cherished so much, Tiffany Gossett and her husband, Cody, Elizabeth Owens, Brooke Owens, Jordan Hennessy and his wife, Leah, Leah A. Hennessy and her companion, Josh Karns, Tristen Eby and her husband ,Taylor Eby, Samantha Ball and her companion, Logan Mills, Cierra Riggle, Lindsey Sparks, and Tanner Sparks; great-grandchildren Savannah Gossett, Peyton Gossett, Wyatt and Levi Gossett, Eli Owens, Kobe Hennessy, Blair Hennessy, one on the way, Maverick Eby, Kizer Eby, Miley Eby, Summer Quarterman, Tyler Trowbridge and Caden Trowbridge.

Jim was preceded in death by his parents; his sister, Marietta McCrary; and his great-granddaughter, Chloe Hennessy.

Private graveside services will be held at Memorial Park Cemetery with Rev. Jim Russell officiating. Anyone wanting to watch the graveside service can do so on Goodwin-Sievers Funeral Home Facebook page and will be notified when it goes live. Memorial contributions may be made to Good Samaritan Hospice, 601 S. Ninth St., Vincennes, IN 47591. The Owens family will hold a public memorial service which will be announced at a later date. Goodwin-Sievers Funeral Home in Vincennes is honored to assist the Owens family with arrangements.

Online memories may be shared with Jim’s family and friends at www.goodwinsieversfh.com.