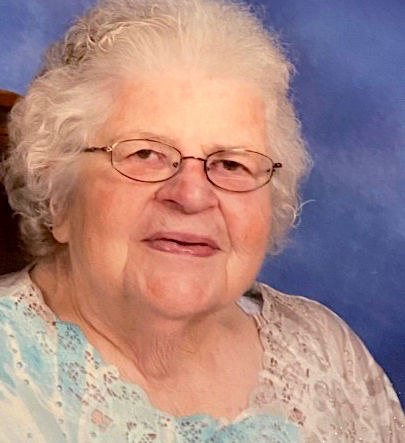 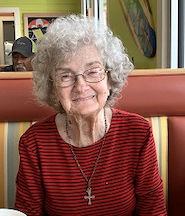 He was a commercial painter and a member of the Happy Corner Church in Ohio.

Due to the coronavirus social distancing regulations, services will be private. Memorial contributions may be made to St. Jude’s Children’s Hospital, 501 St. Jude Place, Memphis, TN 38105. Arrangements have been entrusted to Fredrick and Son McClure-Utt Funeral Homes, Bicknell Chapel.

Billy Joe Koenig, 88, of Vincennes, and formerly of Carefree, Arizona, passed away on Good Friday, April 10, 2020 at The Lodge of the Wabash.

He was born on Dec. 18, 1931 in Bicknell to Earl Malcolm Koenig and Lucille (Warren) Koenig. He graduated from Bruceville High School in 1949. After high school, he served in the U.S. Air Force before returning to Knox County to attend Vincennes University, from which he graduated in 1955. He then transferred to Indiana University majoring in business accounting and graduated in 1956.

On Oct. 23, 1953, he married Jacqueline June Grigsby of Bruceville at the Bruceville Christian Church. As Bill’s career progressed, they ultimately moved to the West, living in Scottsdale, Arizona, the San Francisco area, Seattle, Washington, and finally retiring in Carefree. Bill became a partner in Rock Associates, an early pioneer company in the cable television industry. It was there that he made lifelong friendships with his partners, Gordon Rock, Sam Evans, Page Jenner, and the late Bob Allison. They were a huge part of his life in good times and bad, always there for each other with support.

Bill, along with his wife, Jackie, were avid hikers and huge supporters of Yosemite National Park and the Grand Canyon National Park, where they hiked at every opportunity for over 50 years. Bill shared his love and knowledge of the Parks, the Sonoran Desert, the wildlife and the history of the West that he loved so dearly. Many family members and friends were introduced to the trails of the Parks as he would host them in his home and head each day with them on new adventures. For this, he is fondly remembered by his many nieces and nephews.

Preceding him in death were his wife, Jackie, who died in 2018; his parents, Earl and Dorothy Goodman Koenig and Lucille and Herb Richter, his sisters-in-law, Jan Richter and Doreen Carnahan; and his brother-in-law, Dan Thomas.

Bill suffered from Alzheimer’s and following his move to Vincennes, in addition to his family, was loved and cared for by his special caregivers, Georgetta Gaines, Brenda Richardson, Debbie Burke, Debbie Riggins, and Shannon Howder. They were amazing in their attention to him and to his family for over two years. Thanks also is extended to the staff at The Lodge of the Wabash for the care and accommodation they made during Bill’s time with them.

With special permission from the U.S. Park Service, Bill’s ashes will be spread in his favorite spot in Yosemite National Park. Due to the coronavirus restrictions, a private service will take place this summer to celebrate Bill’s life. The family asks that if anyone wishes to make a memorial contribution in Bill’s memory, reach out in your local community and help someone in need. That is what Bill would do.

John was born in Vincennes to Carl and Olivia (Thais) Lemon on Aug. 9, 1937 and was a 1955 graduate of Central Catholic High School. He was known for his love of the outdoors and was active in shooting sports, hunting, and fishing, and was a long-time member of the Vincennes and Oaktown Gun Clubs. John retired from the maintenance and engineering departments at Essex Wire after a nearly 40-year career. He had previously worked at Blackford Glass. John had a talent for working with anything mechanical and was known for his ability to repair everything around the home as well as repairing and even building firearms.

John is survived by his daughter, Sandi Lemon, of Indianapolis; his son, Chris Lemon and his wife, Sabrina, of Evansville; a granddaughter, Madeline Lemon, and her mother, MaNissa Coonboth, of Evansville; and three step-grandchildren, Noah, Mary, and Gabi Gardner, all of Evansville.

He was preceded in death by his parents and his wife of 49 years, Donetta (Briner) Lemon.

The family would like to thank all of those who genuinely cared for him during his time of need, with a special thanks to his wonderful neighbors, Brett and Elizabeth Carter, who were always there for him.

Due to the coronavirus social distancing regulations, services will be private. Burial will be at a later date in Mt. Calvary Cemetery. Memorial contributions may be made to Christian Education Foundation, 229 Church St. Vincennes, IN 47591. Fredrick and Son McClure-Utt Funeral Homes, Vincennes Chapel has been entrusted with arrangements.

Marilyn J. Little, 85, of Evansville, passed away on Friday, April 10, 2020, at Deaconess Gateway Hospital in Boonville.

Marilyn was born in Vincennes on Sept. 24, 1934, to Bill and Helen (Wininger) Massey. She had worked as a secretary in the Knox County Clerk’s Office. She was a member of the Freelandville Christian Church.

Her parents, and her daughter, Karen Andrews, preceded her.

Private graveside services will be held at the Freelandville Christian Church Cemetery. Goodwin-Sievers Funeral Home is assisting with the arrangements.

Wanda Worland, 86, of Vincennes, passed away on Sunday, April 12, 2020, at her residence surrounded by her loving family.

She was born Jan. 28, 1934, in Vincennes to Carl and Mary (Turpin) Kolehouse. Wanda was a hairdresser, homemaker, and a retired farm wife. She loved to cook as she was known best for her fried chicken, mashed potatoes and white gravy, and chicken and noodles, and always had an extra seat at the table or a glass of tea. Celebrating special occasions like Christmas and her husband’s birthday where the whole family could get together were very special to her. She loved her children, grandchildren, listening to music, flowers, gardening, and reading. She enjoyed going to seed corn meetings, trips, and loved her trips to California to see the boys and grandchildren. Phone calls from all meant the world to her, but especially her life-long friend. Elise Clark. She was a member of the St. Thomas Parish (St. Francis Xavier Parish), Good Samaritan Hospital Pink Ladies with her friend Norma Halter, and the St. Thomas Altar Society. She graduated from Lincoln High School in 1953 and the Vincennes Beauty College.

Friends may visit with the family without exiting their cars at a drive-thru visitation at the St. Thomas Catholic Church from 2-5 p.m. on Wednesday. A private family graveside service will be held Wednesday. Anyone interested will be able to watch the service live-streamed on the Goodwin Funeral Home Facebook page and you will be notified when it goes live. Memorial contributions can be made to the Vincennes University Foundation Rose Marie Brian Scholarship Fund, St. Francis Xavier, or the Good Samaritan Hospice.

Condolences may be sent to Goodwin-Sievers Funeral Home, 524 Broadway St., Vincennes, IN 47591, or online at www.goodwinfamilyfh.com.