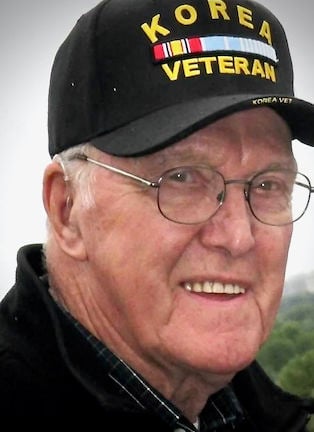 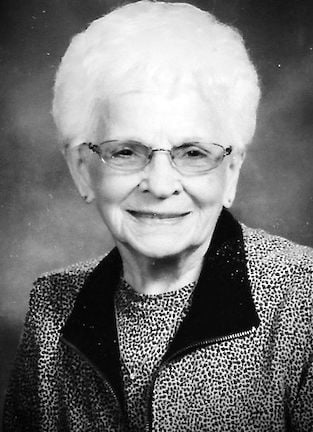 Georgia Geary, 88, formerly of Bicknell, passed away on Friday, May 1, 2020 at GentleCare.

She was born May 7, 1931 in Monroe City to Arby and Ethel (Cardinal) Bottoms. Georgia had worked at Brown Shoe Factory and was a member of the Monroe City Church of Christ. She enjoyed collecting dolls, angels, and cats.

Surviving are many nieces, nephews, and cousins.

She was preceded in death by her parents; her husband, Wilson Geary, who she married on June 3, 1967 and who died on May 14, 1997; along with four sisters and three brothers.

Private services will be held at a later date. Goodwin-Sievers is honored to serve the family of Georgia Geary.

Online condolences may be made at www.goodwinsieversfh.com.

Edith Osa (Klein Campbell) Martin, a life-long resident of Vincennes, went to heaven on April 30, 2020, at the age of 95. She was surrounded by family.

Edith was born to George and Osa Klein on May 7, 1924, in Vincennes.  She was the youngest of eight children. All seven siblings have preceded her in death. Edith was a devoted mother and wife and a life-long member of St. John’s United Church of Christ where she was involved in several church activities and volunteer work. She also volunteered and was a Pink Lady for many years at Good Samaritan Hospital. She was employed with Indiana Bell for over 30 years. Some of her many hobbies were quilting, going to French Lick, planting flowers in her yard and playing cards with friends.

She will be deeply missed by her family, friends, caretakers and all who knew her.

Private services will be held with Pastor Jason Hill officiating. In lieu of flowers, the family is asking the memorial contributions be made to your charity of choice. Goodwin-Sievers Funeral Home is honored to serve the family of Edith.

Condolences may be offered by going to www.goodwinsieversfh.com.

Kenneth L. Perry was born to Edwin and Opal McCormick Perry on Feb. 17, 1932, in Harrison Township where he was a lifelong resident. Kenny graduated from Monroe City High School in 1951 and played basketball and baseball for the Blue Jeans. Kenny married Loretta June Noble on June 24, 1951 and they were married for 60 years until Loretta’s passing in 2011.

Kenny was a Korean War veteran, having served his country in the U.S. Army, Engineering Corps 808, from 1951-1953. Kenny enjoyed memberships in the Indiana Presbyterian Church and was a 60-year member of the Monroe City Masonic Lodge 548. Kenny was an operating engineer throughout his career. Kenny had a passion for his farm and the horses he cared for throughout his life. One of his best days was when he took the Veteran Honor Flight to Washington, D.C., with granddaughter Julie.

Kenny is survived by his sisters, Freida Brown and her husband, James, of Port Huron, Michigan, and Judy Tillman and her husband, Bill, of The Villages, Florida two brothers-in-law, Myron Noble and his wife, Lois, and Lee Eldon Noble; and a sister-in-law, Doris Noble Green. Kenny loved his nieces and nephews and thought the world of them.

Those proceeding Kenny in death were his parents, his beloved wife Loretta June, his sister Janice Clark, and brother-in-law Brian Noble.

Private graveside service will be 12:30 p.m. on Monday at Memorial Park Cemetery. Those who wish to watch the graveside service can do so on Goodwin-Sievers Funeral Home Facebook page and will be notified when it goes live. In lieu of flowers, memorial contributions may be made to Indiana Presbyterian Church Gemini Mission Camp,  2431 S. Lower Indiana Road, Vincennes, IN 47591.  Goodwin-Sievers Funeral Home, Vincennes is honored to assist the Perry family with arrangements.

Online memories may be shared with Kenny’s family and friends at www.goodwinsieversfh.com.

Pickering, Leatha F., died April 28. Private funeral services at 11 a.m. CDT today at the Emmons-Macey & Steffey Funeral Home in Lawrenceville, Illinois. The service will be available for viewing on the funeral home Facebook page, https://www.facebook.com/Emmons-Macey-Steffey-Funeral-Home-Burial-Cremation-Services-241234759332208/. Extended family and friends are invited to drive past the funeral home from 10 a.m. CDT until the hour of service on Saturday in honor of Leatha and her family; approach from South 12th Street. Burial: Lawrenceville City Cemetery. Please feel free to mail cards to Emmons-Macey & Steffey Funeral Home, P.O. Box 564, Lawrenceville, IL 62439. Condolences: www.emmonsmaceysteffey.com.