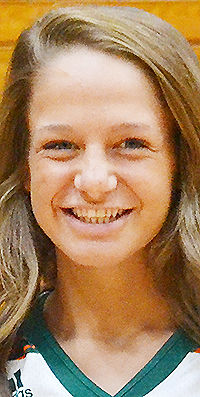 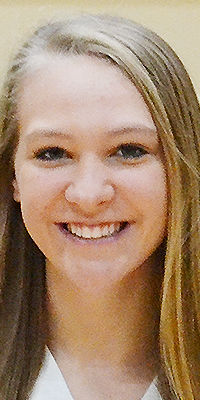 Carmean, the top vote-getter, was selected for the third straight season, while Lange makes her second appearance. Carmean was the area’s leading scorer this year at 21.4 points per game, and Lange was fourth at 15.7. Carmean added 3.9 assists and 1.7 steals, while Lange grabbed 9.9 rebounds with 2.2 steals and 1.7 blocks.

Carmean also led the conference in points, made 3-pointers (69), made free throws (130), free-throw percentage (86) and total assists (82). Lange was fifth in scoring, second in rebounds and blocks, and fifth in scoring, while also providing 10 double-doubles.

Nottingham, Knies, and Sisk join Carmean as three-time all-conference picks, and Brandenberger and Levasseur were selected for the second time.

The Alices were unbeaten champions in the league’s final season at 5-0. They were followed by Washington 4-1, Boonville 3-2, Jasper 2-3, Mount Vernon 1-4, and Princeton 0-5. It was Lincoln’s third Big Eight championship in the last four years.