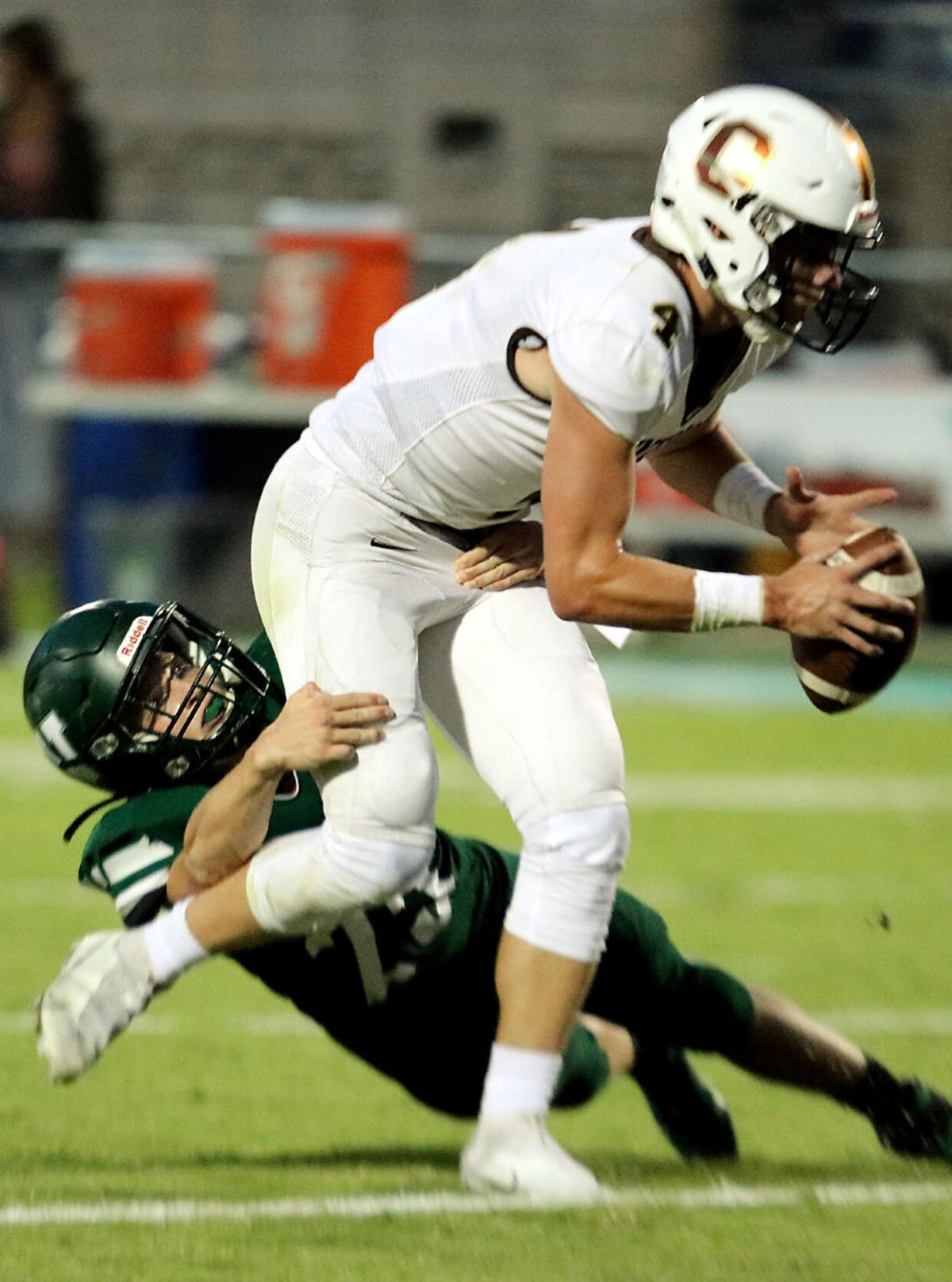 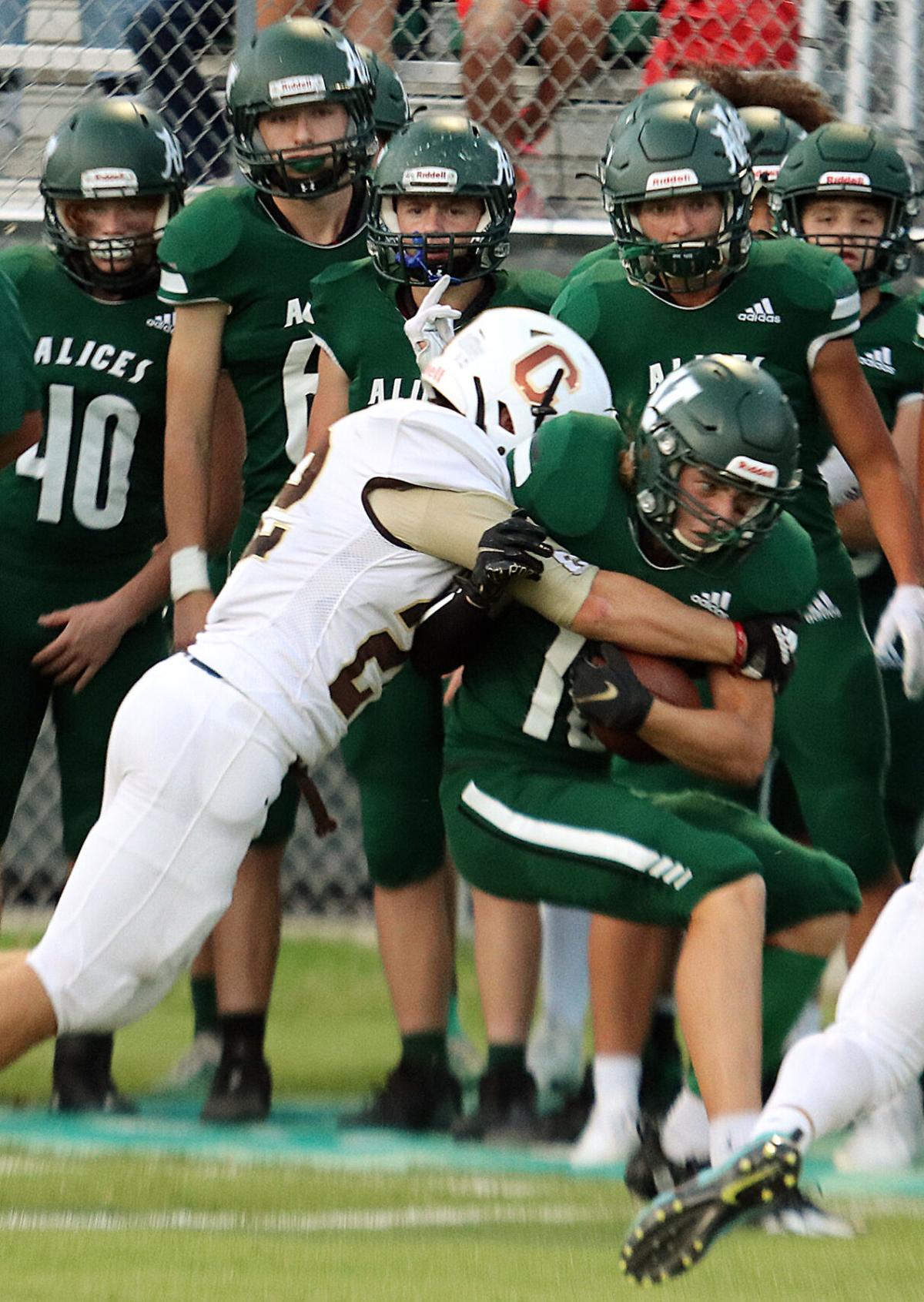 Lincoln's Dejuan Gillis holds on to the ball as he is hit by Evansville Central's Joshua Boberg. 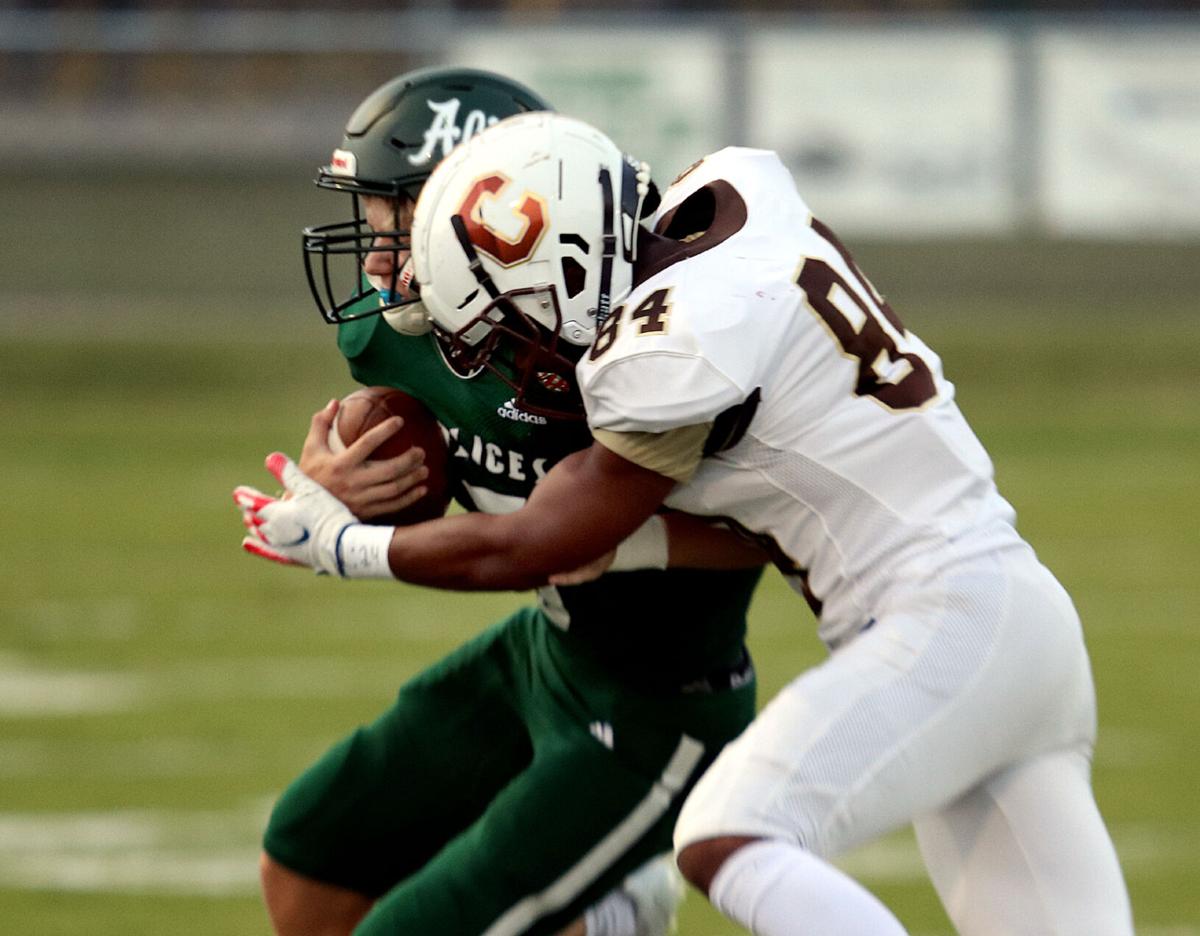 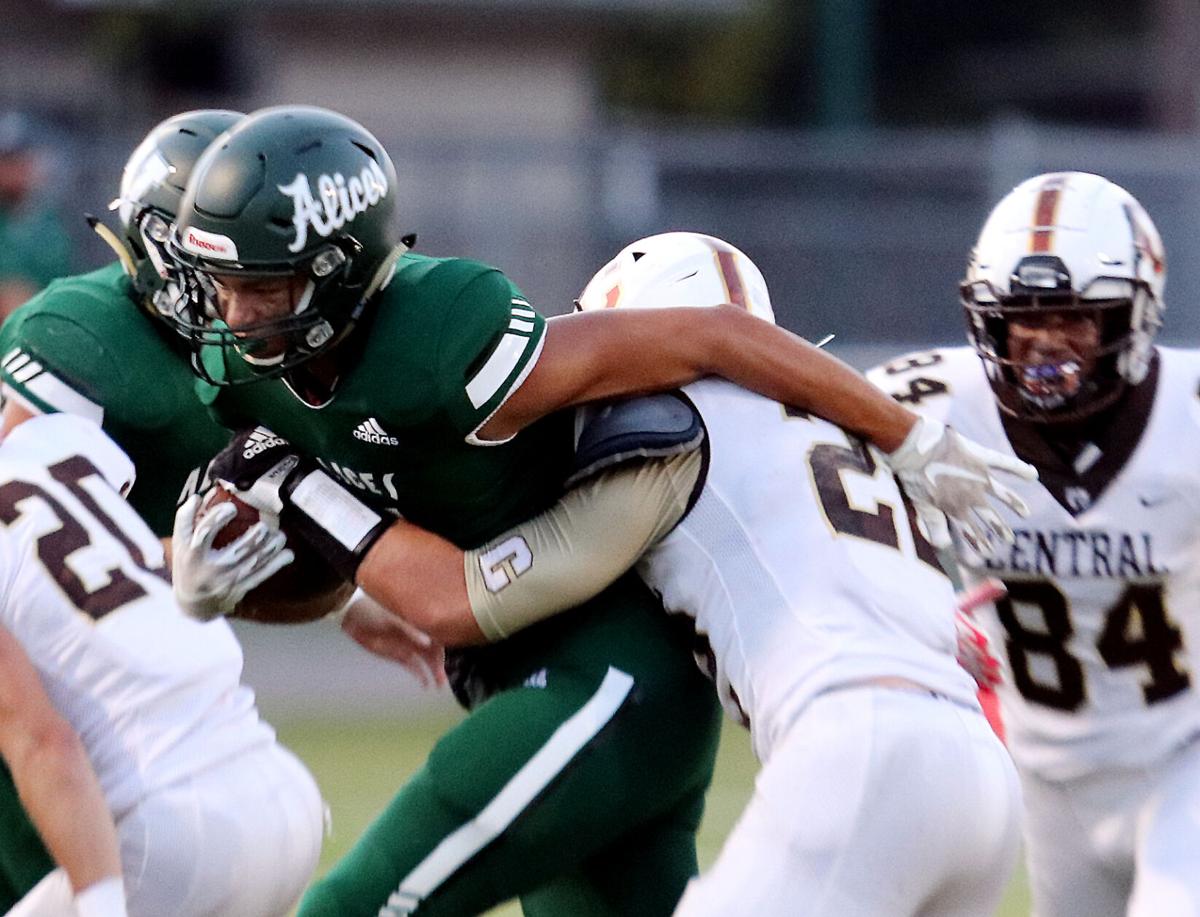 Lincoln's Dejuan Gillis holds on to the ball as he is hit by Evansville Central's Joshua Boberg.

Lincoln's offense didn't play its best on Friday, but it was better. And it was good enough with a freshman kicker to help the cause.

Luke Lindsey drilled a game-tying field goal with two minutes left in regulation, and he put through the game winner in overtime to give the Alices a 13-10 victory over Evansville Central at Inman Field.

Elijah Hovland keyed a strong defensive effort for Lincoln (1-2), recovering a fumble and snaring a huge interception to stall Central's possession in overtime. Hovland also rushed for 91 yards on 17 carries, with the majority of that coming on two big runs in the second half.

Coleton Pfoff helped lead the Alices in relief of sophomore Xander Hunt making his first start at quarterback. Pfoff finished 4-of-6 for 52 yards, as Hunt was injured making a tackle after throwing an interception.

"I kind of had to talk myself up a bit, because I can't look like I'm pouting. But we stayed positive, believed something good was going to happen, and Hovland helped keep us in the game," Lincoln coach Levi Salters said. "He made some big plays, and we had a big play to (Dejuan) Gillis that got us over the hump. Luke Lindsey, that's a freshman with ice in his veins, and it also took a good snap from Pfoff and a good hold by (Zach) Steffey.

"We needed that. We're a young team, and we needed that win big time. I can't tell you how big that is for our program and our season moving forward."

Hovland's third-down interception on Central's overtime possession gave Lincoln a chance to win with a score. The drive only went a couple yards, but that was plenty to set up Lindsey for the game winner.

The Alices were hurt by three turnovers, and Hunt completed 9-of-19 for 80 yards and a TD, but he also threw an interception in the third quarter and injured his non-throwing shoulder making the tackle. He did not return.

Lincoln had the momentum with a 7-3 lead at halftime, but a fumble on the kickoff to start the third quarter stopped that. Central took over at the Alices' 29 and needed just three plays to take the lead, as Aaron Garris ran it in from 7 yards out with 10:59 showing.

The margin stayed at at 10-7 until Lincoln's final series. In relief of Hunt, Coleton Pfoff engineered a 10-play, 79-yard drive that took just over four minutes to set up Luke Lindsey's 22-yard field goal. That tied it, 10-10, with 2:01 remaining. The Bears moved the ball to set up a 53-yard field goal with 23 seconds left, but Steven Pritchett's kick was wide left. The Alices ran out the clock to set up overtimes.

The first half was a defensive struggle as well. After a Central holding penalty assisted Lincoln's first defense series, the offense looked solid on Hunt's first possession as starter. The Alices moved it 45 yards in seven plays, the big one a 21-yard reverse pass from Pfoff to Darrius Hill, but Lincoln's drive stalled after that. The Alices didn't get another first down until their final series of the half.

Lincoln's defense held firm for the most part but received a setback midway through the second quarter. A bad snap thwarted a Bears series and ultimately force a punt, but on the Alices' next possession Hovland fumbled, giving Central the ball at Lincoln's 18. Hovland made up for it three plays later with a sack that set up a 4th-and-17 at the 25, but Pritchett was true on a 43-yard field goal to give the Bears a 3-0 advantage with 5:43 showing.

Following a third consecutive Lincoln possession without a first down, Hunt boomed a punt 58 yards with a friendly bounce, and a Central penalty forced the Bears inside their own 10 with 4:30 left. They managed a pair of first downs, but the Alices still took over with 1:31 left at Central's 45.

The big play was a 30-yard strike from Hunt to Simon Corrona, and three plays later, with time winding down, Hunt rolled to his left and found a wide open Kiefer Foster for a 2-yard TD reception with :09.3 on the clock. Lindsey's extra point made it a 7-3 Lincoln lead at halftime.

Lincoln hosts Class 5A honorable mention Castle for its homecoming next Friday at 7:30 p.m.

From Faurot Field to 'The Bachelor' mansion: MU grad to star on reality show