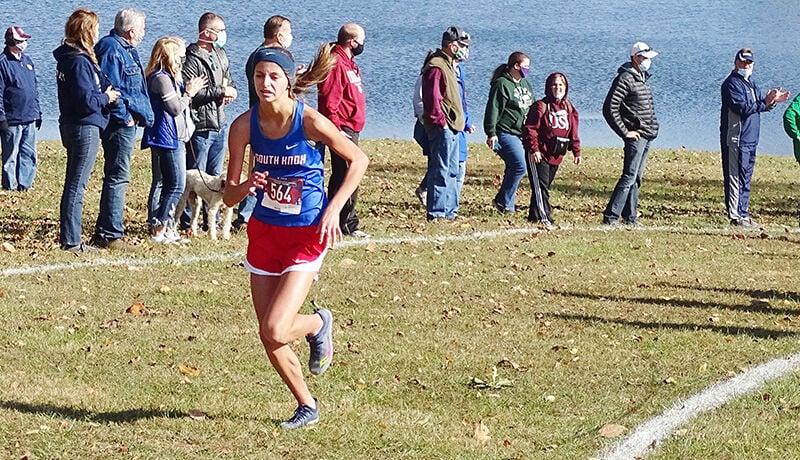 South Knox's Ava Like runs toward the finish line during the Pike Central Regional on Saturday at Prides Creek Park. 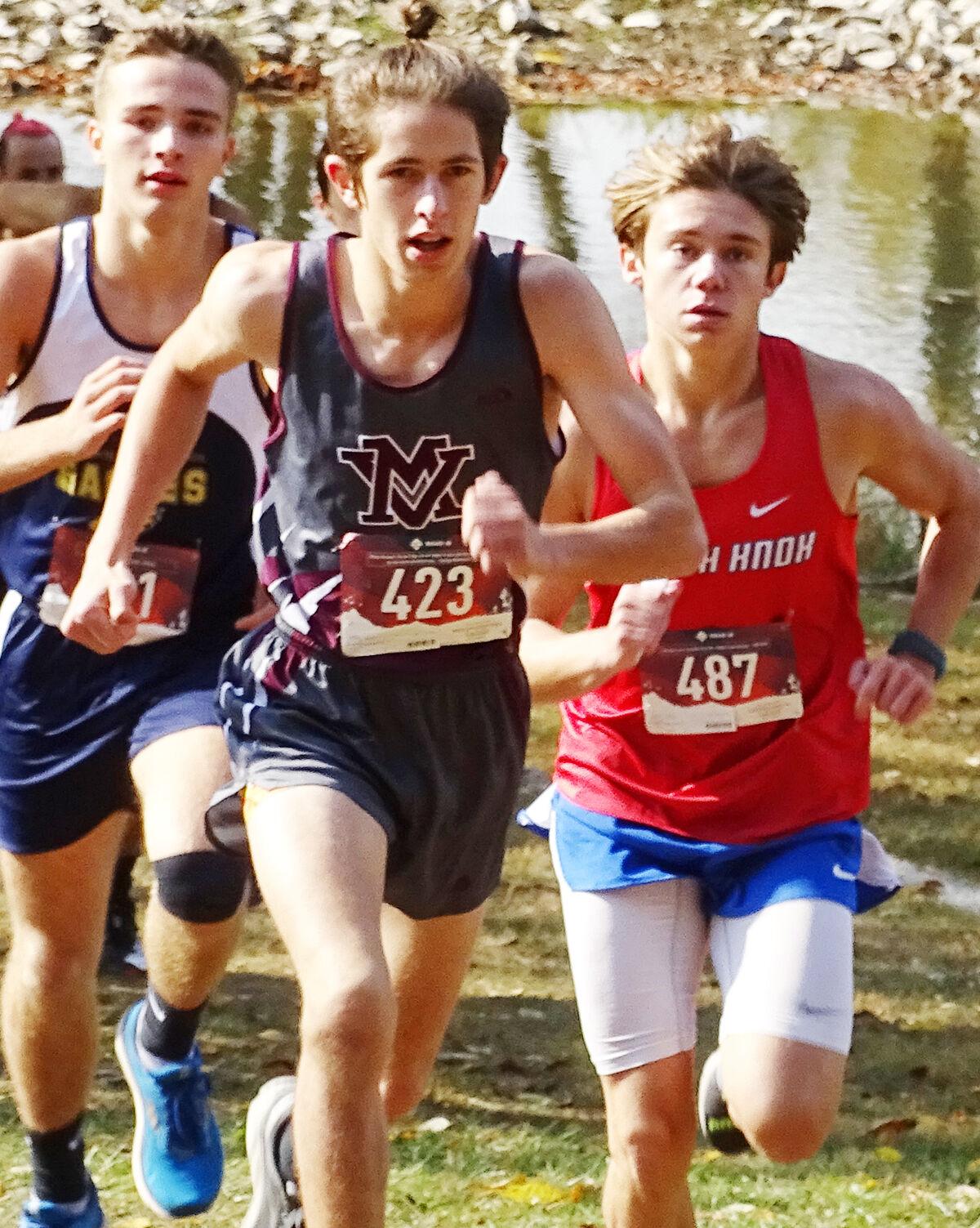 South Knox's Ava Like runs toward the finish line during the Pike Central Regional on Saturday at Prides Creek Park.

South Knox's girls cross country team has been behind Barr-Reeve since the start of the season.

But at the Pike Central Regional in Petersburg Saturday, the Lady Spartans merged into the left lane and blew past the Vikings. Led by the top-five finishes from Ava Like and Gretchen Carie, South Knox topped Barr-Reeve, 50-62, and collected their second consecutive regional championship.

The county is going to be well-represented at next Saturday's Brown County Semistate. The Spartans boys team advanced to their 10th semistate in Matt Toothman's 12 years of coaching, taking a runner-up finish. Also Lincoln's Keenan Clegg and Blake Meade, along with North Knox's Brittany Page, qualified as being top-10 runners among non-advancing teams.

But the biggest smiles of the day at the Prides Creek Park course belonged to the South Knox girls, as their high finishes combined with a 58-second split was too tough for the competition. Spartans coach Betsy Couchenour said all seven runners had career-best times, with Like tying her mark of 19:31 in her third-place showing.

"I knew they could do it, if they ran like they're capable of at the same time, they were going to be amazing, and they were amazing," Couchenour said. "All seven of them came under 21 minutes, which is unbelievable. All of them looked strong while they were running and happy the whole time.

"Getting our second regional title, especially after not winning the sectional, is some neat history," she said. "This team was so hungry after being the sectional runner-up last week. They knew they had a shot, and they got Barr-Reeve by 12, not by two or three. We scored 48 at the sectional, then almost as low with 50 at the regional. This team is unbelievable, and I'm so proud of them."

Princeton's Heidi Meade was the winner in 19:09, with twin sister Haley Meade second in 19:11.

The other teams advancing are Gibson Southern 115, Evansville Reitz 116 and Princeton 123. They were followed by Pike Central 126, Castle 177, Evansville North 187, Evansville Mater Dei 221 and Evansville Harrison 254.

‘Unique’ recruiting cycle has been bountiful for Arizona, but closing could be tricky

'It's going to suck': Badgers share thoughts of playing inside empty Camp Randall

The Castle boys were the regional favorite coming in, and the Knights didn't disappoint with their score of 43, easily outdistancing South Knox's 69 and the rest of the field.

"We had a good run. Our 1-5 time gap was 53 seconds, which is real good and we were the only team from our sectional to advance to the semistate," South Knox coach Matt Toothman said. "I tip my hat to Castle. They absolutely brought it, with five in the top 14. We had five in the top 22, and our team average was 16:59. Breaking 17 minutes is huge for us going into next week's semistate."

Evansville Reitz's Alex Nolan was the winner in 15:59, one second faster than Castle's Tyler Spurling.

"This is certainly not how we wanted our season to end as a team, but we just didn't get it done," said Lincoln coach Craig Klitz, whose team was a semistate participant last year. "It's refreshing to know we have everyone coming back next season, and we have two moving on to next weekend, which will be good for them. I hope they can both break 17 minutes. That would be a great springboard to their senior years."

Page qualified for the semistate for the second straight year, finishing 30th in the girls race in 20:52. She was 10th among non-advancing teams.