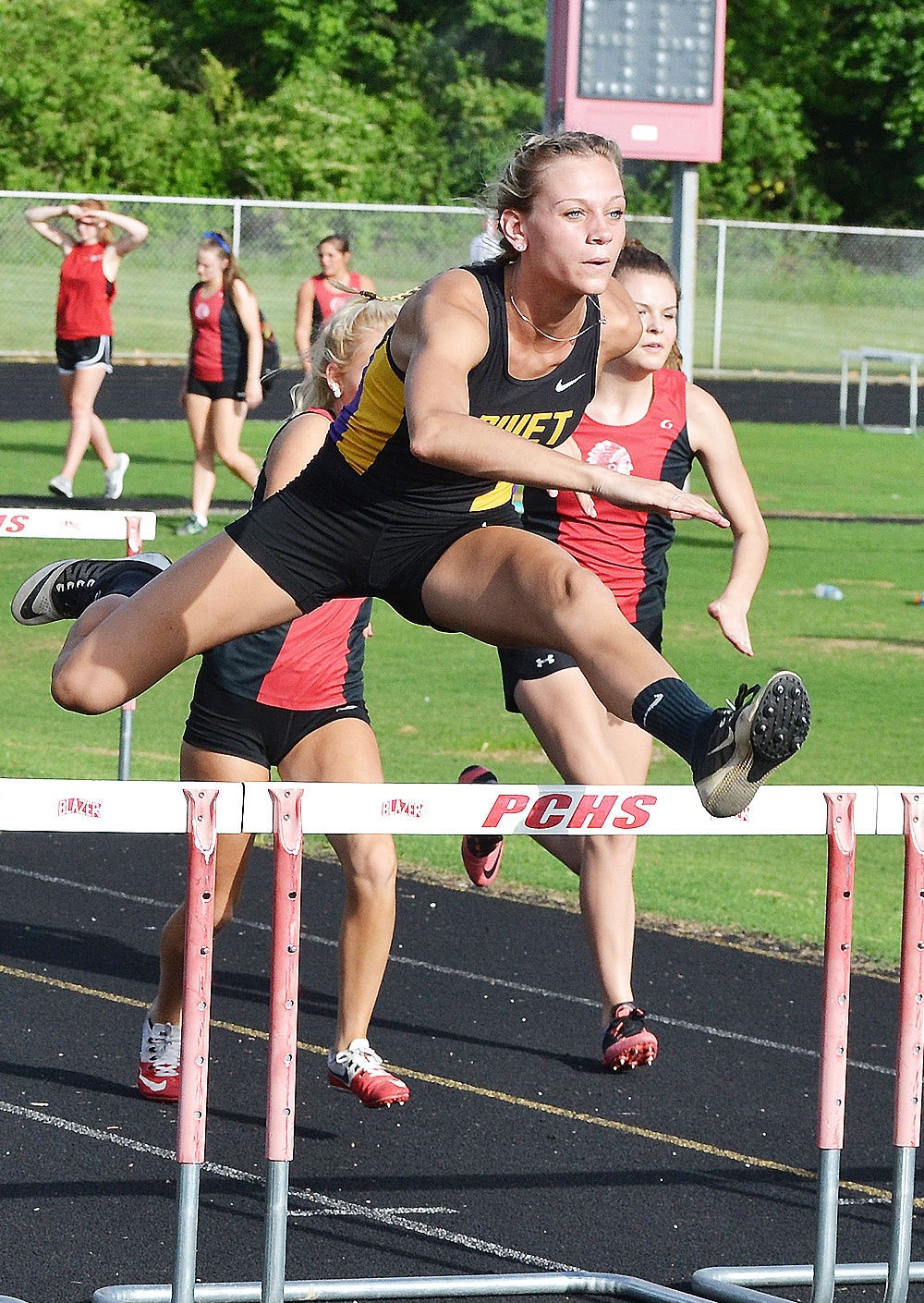 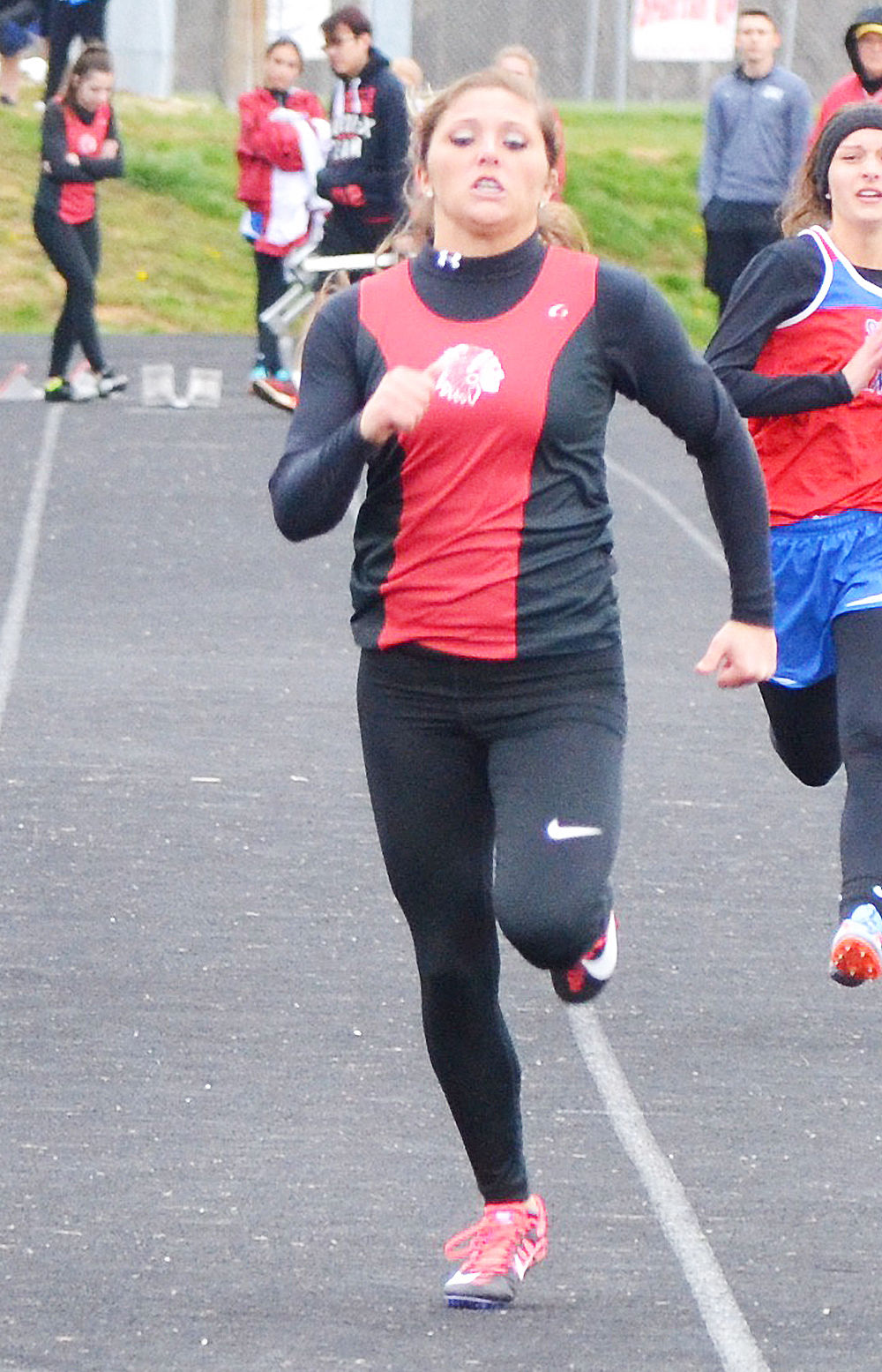 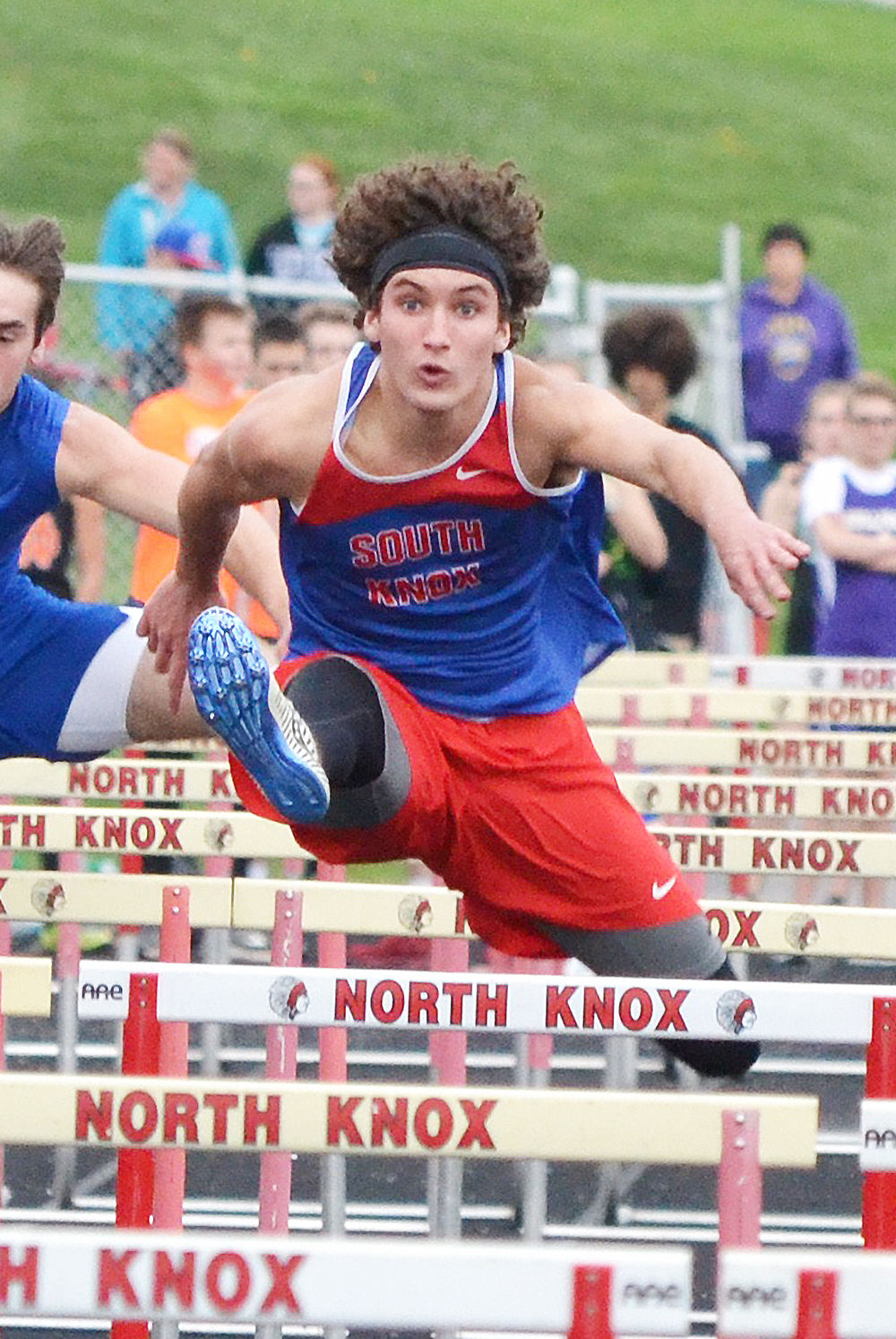 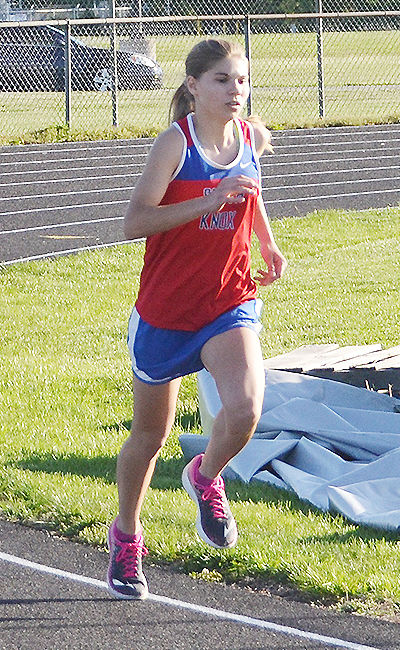 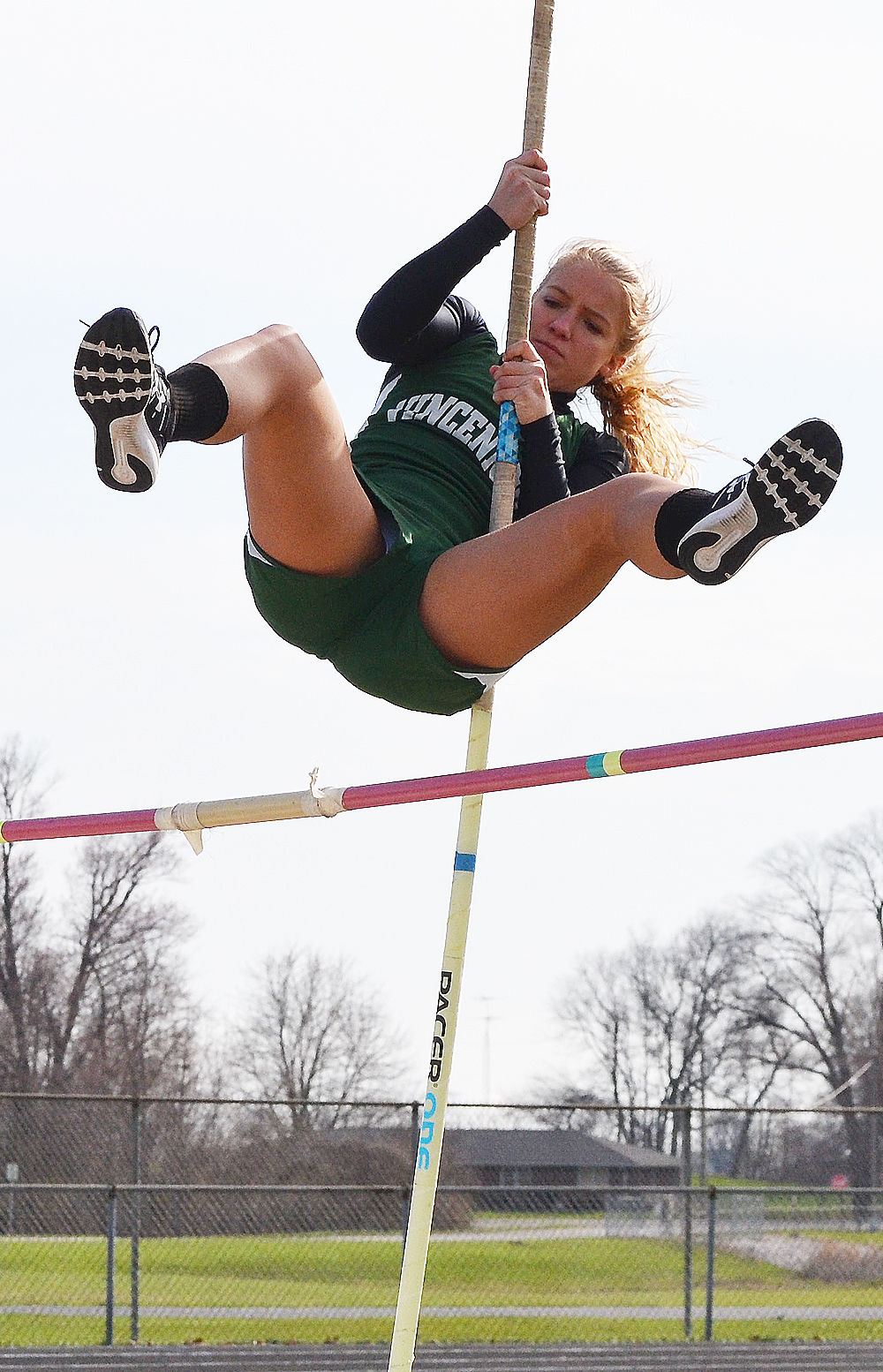 A year ago, four from Knox County qualified for the IHSAA Track and Field State Finals, and the area athletes duplicated that feat again this year.

Rivet junior Grace Waggoner will be competing in three events at State, North Knox junior Makinzi Meurer qualified for two events, and South Knox junior Steven Burkhart and sophomore Mykayla Couchenour are also heading to Bloomington for the State Finals. Lincoln's Rachel Frey, who was the only senior among the county contingent, also qualified for state in the pole vault with a third-place finish at the regional, but she bowed out of the opportunity due to prior commitment.

“Grace has a calm and focused composure about her,” Rivet coach Amanda Linn said. “She has prepared herself for multiple events all season. It amazes me how she takes the task in front of her and gives it all she has. Grace has shown that she can handle the pressure.

“Grace would love to set new PRs at State. This season I have watched her try her best to make a new PR in long jump, and at the regional, she was just an inch away from this goal. I believe she gives each event everything she has, and she could set a few personal bests.”

Meurer will be taking a stab at competing in two events. A year ago, Meurer qualified for the 200 and finished 19th at state. This year she's back in that event and will also compete in the pole vault. She may have the best chance in the area at reaching the podium (top nine) as she's seeded 12th in the 200 with a regional championship time of 25.39. She was second in the pole vault at the regional at 10-2, which has her seeded 20th at state. Both regional marks are Meurer's career-bests.

“I know she'd definitely like to get to the podium. That's something she's wanting to do. On the pole vault, she's wants to try to clear 11-0,” North Knox coach Tammy Meurer said. “She's been working hard to reach those goals. We'd like to see her get under 25 (seconds) in the 200, and we thought that might happen at the regional. If she hits both of her goals, I think that'd be a great accomplishment. She's going to have a little bit of time between events, so it's not exactly back-to-back, and that'll be good to get her a little rest in between.

“It's awesome that Makinzi is going to state in back to back years. It's something to be proud of, and I think she'll represent the school well.”

Burkhart, the only male from the area to qualify, is back in the 300 hurdles, where he placed 21st at last year's state meet. He finished second at the regional in a time of 40.08, which has him seeded 25th. That time is one-tenth of a second slower than his school-record time he set last year.

“If everything goes right for Steven, he has a very good chance at placing high in the state meet,” South Knox boys coach Travis Herb said. “Only 1.59 seconds separates his regional time from the No. 2 seed's time. He has the ability to run with anybody in that group. It's an event where anything can happen. His biggest challenge will be to do it from the slowest of the three heats.

“Getting to the state meet is a big deal. It means that he belongs with that elite group of runners. He was the only sophomore in the event last year, and some considered him just lucky to have made it. This year he has the experience and wants to do something with it. He has high hopes. Representing South Knox on this stage is a great honor that Steven is excited to do.”

Couchenour is the rookie among the Knox County athletes as she makes her first appearance at the track State Finals. But going to state isn't entirely new for Couchenour, who qualified for the state meet in cross country as a freshman. The sophomore distance runner placed second in the 800 in a regional time of 2:21.37, which is a second slower than her personal best. She's seeded 21st and is five seconds behind the top nine.

“She wants to get under 2:20 for sure,” South Knox girls coach Sandy Dunham said. “We've been really working on getting her time down. She's got a good kick, but we're just trying to keep her endurance up. She'd like to finish in the top nine, but it's not going to be an easy chore. The biggest thing is that she can't get boxed in. If she does, that's hard to get out of.

“Mykayla meant a lot to our team this year. She split time between track and tennis, and in some of our bigger meets when we had her, we probably wouldn't have finished as well without her. She's worked hard, and there's nothing she can't do if she puts her mind to it. I don't think this will be her last trip to state either.”

Frey finished third in the pole vault at the regional by clearing 9-10, but a commitment to her dance team is preventing the senior from going to the state finals.

“If she misses her dance competition, she'd be letting her whole team down. With the track, it's just her out there. I may not agree with it, but I definitely understand her logic,” Lincoln coach Ralph Connor said.