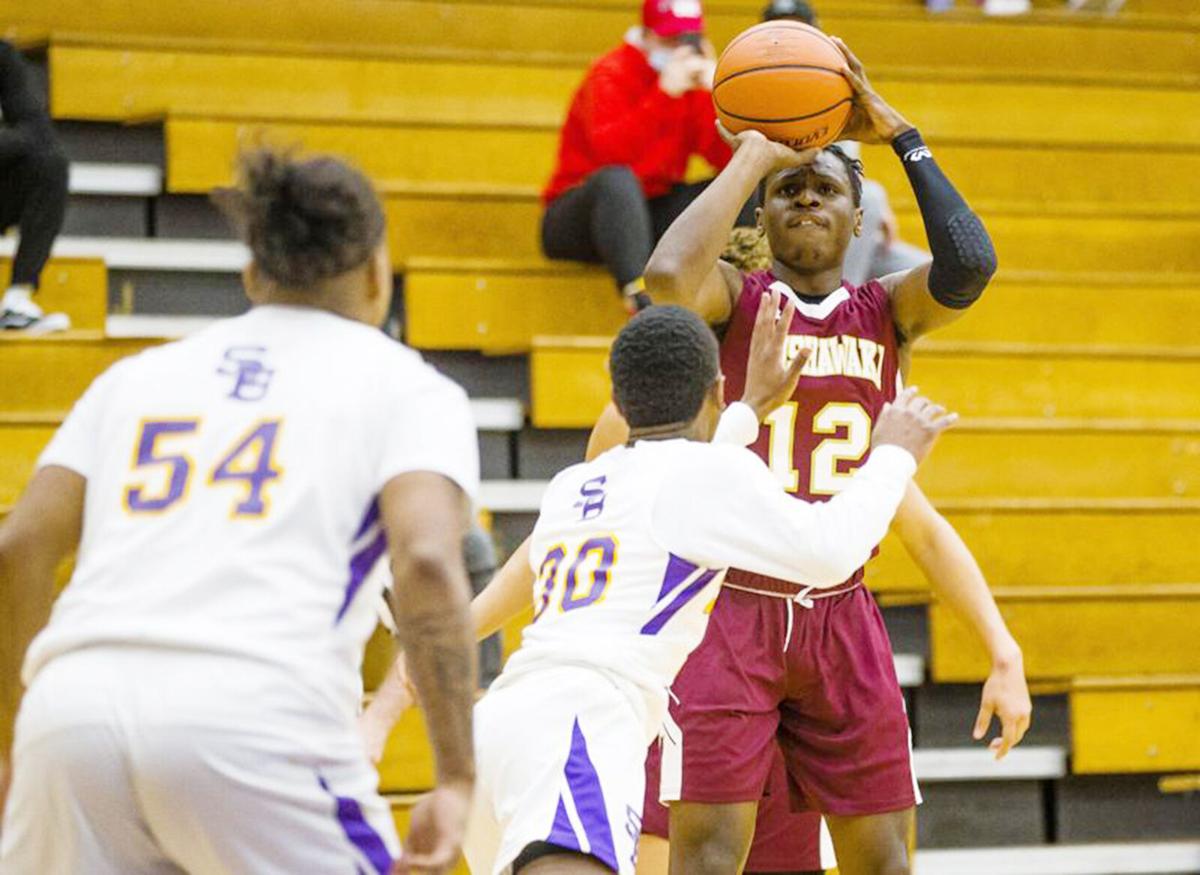 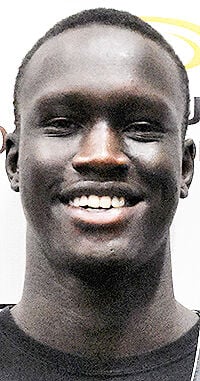 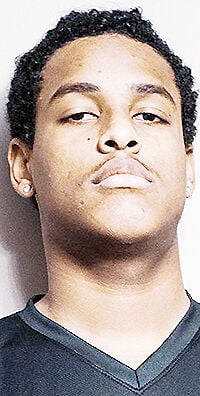 Four of the first five signees are from Canada

It's not going to be an easy offseason for the Vincennes University men's basketball team, but some of the hard work has already been completed.

The Trailblazers, with just three returning players off last year's 17-7 squad, have to fill a big recruiting class. They are almost halfway done with five signees.

The team already has a distinct Canadian look to it. Mitchell is from Oakville Prep in Toronto; and Biel and Jock are from Edge Prep in Calgary. White played with The Carmel School in Ruther Glen, Va., but is from Montreal. Johnson is from Mishawaka.

VU coach Todd Franklin said his team has a good reputation in Canada, and with players like Mychal Mulder going from the Trailblazers to eventually Golden State in the NBA, it's easy to see why Vincennes keeps heading north to add to its roster.

"It's like recruiting another state for us. Canada is booming when it comes to basketball, just a huge surge in the last 20 years," Franklin said. "Because we've had success with Canadian players, we have a good rep and are able to access the highest level there."

The coach said Canadian players have little trouble adjusting to the American game, and that Canada's school system, not on purpose, helps breed a bigger junior college talent pool.

"The academics in Canada are different than here," Franklin said. "Once you get off track early, they kind of keep you on that track and it may mean not meeting NCAA requirements, even when you end up being a good student."

Mitchell is the biggest player in the group, weighing 250 pounds, and has the power game and rebounding abilities that Franklin covets. He is Canada's 20th-ranked player according to North Pole Hoops.

Biel and Jock are ranked 17th and 75th by the same website, but neither played any regular season games this past season because of COVID-19. Biel, who has high-major college potential and is an athletic scorer, averaged 18 points and eight rebounds as a junior. Jock, in the same season, averaged eight points and eight rebounds and is known for his hard-working play from the perimeter.

White, ranked 35th in Canada with high-major potential, is known for his defense and rebounding. He's coming off a season where he averaged 16 points, six rebounds, four assists and two steals.

Johnson was a 1,000-point scorer in two years at Mishawaka. The son of former VU player Leon Johnson, he averaged 22 points this past year for the Cavemen. Franklin said he thought Johnson was under-recruited, that he is explosive to the basket and a scorer inside and outside.

For Aaron Rodgers, a sarcastic ‘quiet offseason’ continues as Packers’ OTAs wrap up

While Matt LaFleur has ‘one plan’ for Packers’ training camp, the coach knows one guy — Aaron Rodgers — remains vital

Franklin said they have as many as three more players "on the horizon" to join the Blazers.

"There's a lot more going on at this time of year," Franklin said. "Without the season extending an extra month, we may have had a guy or two more already here. When you have to sign a bunch, it is a little frightening. But we're still going to take it slow and get it right. That's how we're doing it all the way until the clock runs out in August. We're going to add the pieces when they come available."

Franklin called this offseason a "reset," as VU had a hard time adjusting to the coronavirus-delayed season. That team, like this upcoming one, was full of new players.

The only Blazers back from last year are starting guard Brevin Jefferson, and rotation players, forward Nigel Martin and center Deatrick Pashell, who is a month away from returning from a mid-season hand injury. Mitchell and Johnson are the only recruits who are in Vincennes for the summer.

Two of the better scorers last season, Justin Archer and Christian Wells, had thoughts about coming back but opted not to.

The coach said he finds comfort in Jefferson returning. Last year's team didn't have a guard from the year before.

"We had a lot of problems last year, like very few returning players and no guards back. Then you have COVID, where your routine and offseason are disrupted," Franklin said. "When you have to throw all the things out you used to do to solve problems, it becomes difficult to solve the problems.

"The key is that the sophomores are good leaders. If you have three really good ones, that's fine," he said. "When we won it in '19, we basically had just Everett Clemons, George Dixon and Lony Francis leading us.

"As long as you have guys you can trust, like Brevin and Nigel, who are good guys who have bought in, they can lead and show the new guys how to do things our way. Deatrick's been leading too, even if he's not ready yet. They've done a good job this summer, working with a good attitude.

"COVID was tough for us, but it's starting to feel normal again. We're getting our culture back, we don't have a big number here, but we have some returnees who have an idea."

Franklin has seven scholarships available, but said that the normal 15-player roster might end up being 11 or 12 if he can't find players who fit.

"I like the guys we have so far. We'll see how many more we get."