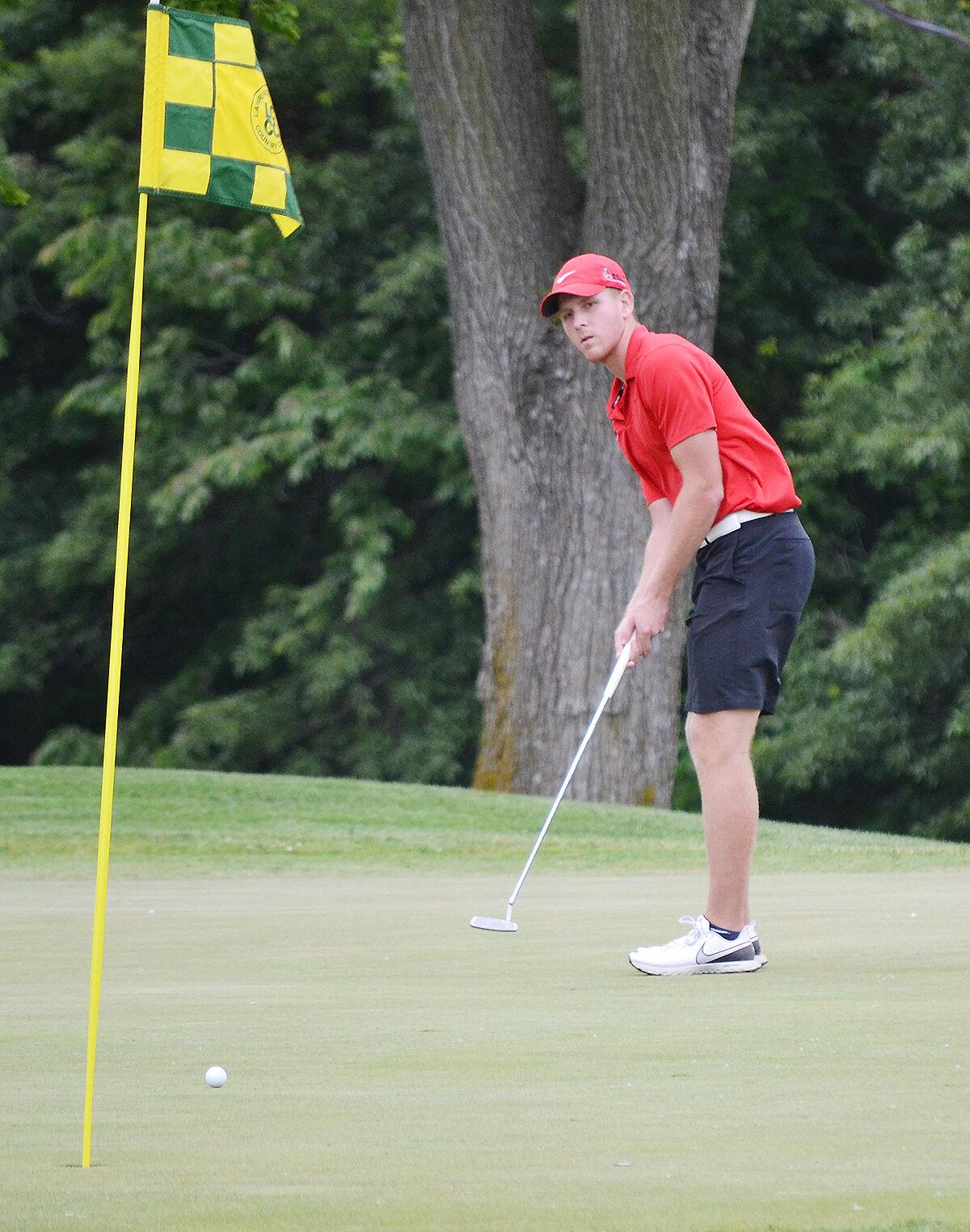 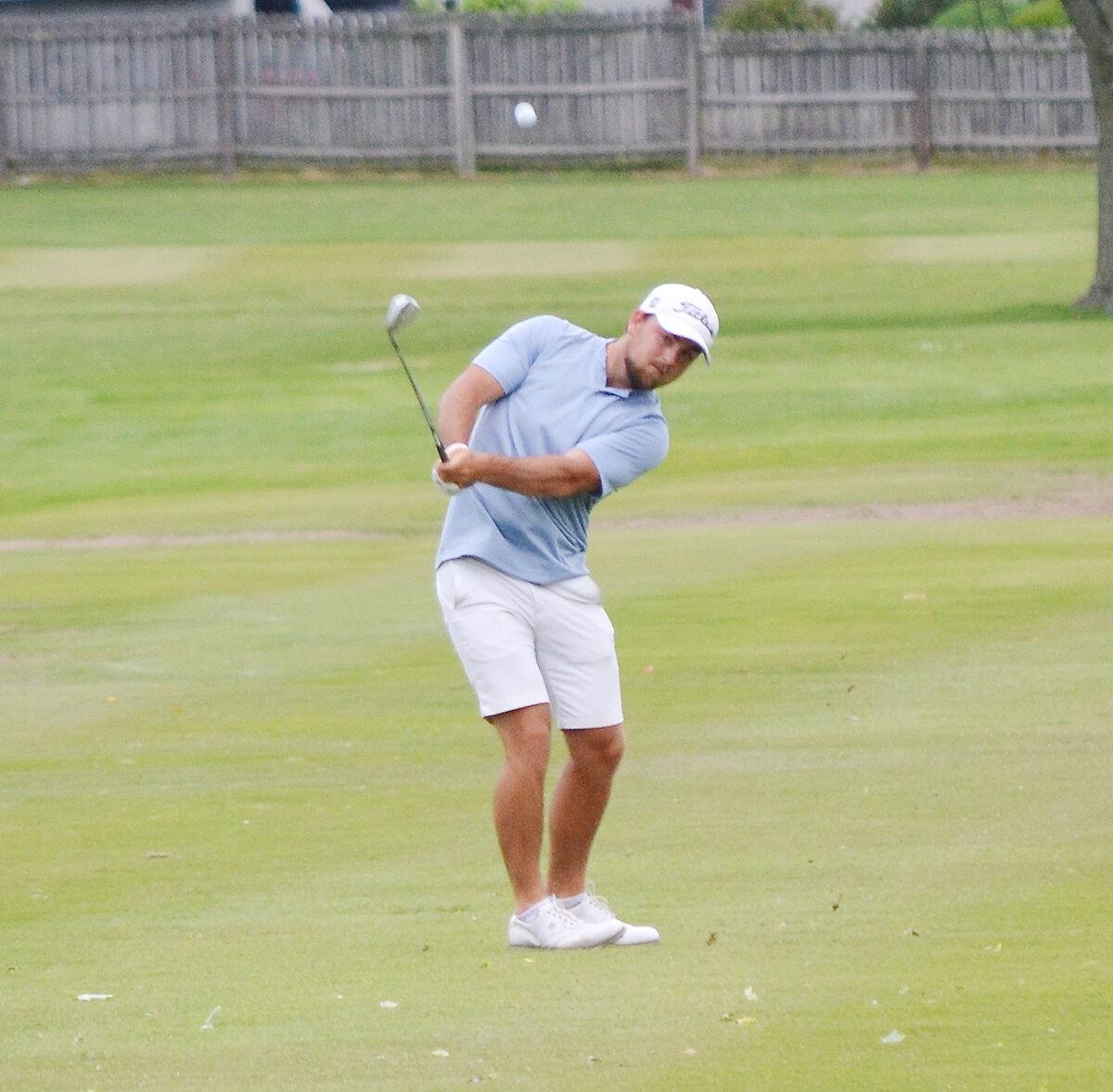 LAWRENCEVILLE, Ill. — Vincennes golfer Jack Cunningham said he always tried to enter the biggest tournaments, testing himself against the best golfers he could go against.

PGA golfer Adam Schenk of Vincennes said he ought to try another route.

Before he turned pro, Schenk took a summer to play every local tournament around. He became the first player to win the Lawrence County Open, the Knox County Open and the Vincennes Open in the same year, the local Triple Crown. He also added the Washington Open title. A few years later, Schenk became a fixture on golf's biggest tour.

Cunningham, who has the same aspirations, was all ears to Schenk's suggestion.

"Adam told me I should just play as many tournaments as possible, to get used to winning and feeling that pressure to win. He said it helped him," Cunningham said. "I think he's in a pretty good place, so it's probably a good idea to listen to him."

Cunningham, who had only played at the Lawrence County Country Club a couple of times, entered the Lawrence County Open for the first time. The recent Ball State University graduate rode an opening-round 68 for a cushion and was a two-shot winner Sunday with a 5-under-par 139.

Defending champion Zach Breault of Bridgeport and recent Red Hill graduate Camren Ray tied for second at 3-under. Former champion Blake Claycomb of Vincennes was the only other golfer to break par at 1-under.

"I have hit a lot of balls recently, but haven't played a lot," Cunningham said. "I did feel comfortable on the course. There were bail-out spots I could go to if I didn't like a shot. The greens were challenging though, a lot of subtle breaks that were hard to read. The guys who play here know them, but I had no idea. I missed probably 8-12 putts inside 10 feet and looked pretty stupid.

"But overall, I don't have a good answer of why I played well."

Cunningham roared to the lead Saturday when he birdied four in a five-hole stretch to get to 5-under after 15 holes before a 16th-hole bogey pushed him back to 4-under. He had a two-shot lead over Ray and three shots over five players, including Breault. He said the lead gave him comfort going into Sunday.

"It definitely made playing a little easier. I tried to make as many birdies as possible Saturday. I saw a few putts drop and that helped get me off to a good start," Cunningham said.

He was 6-under for the tournament through 10 holes on Sunday but had another opponent waiting, the weather.

"We get to 11 tee, and we have a 20-25 mph wind in our face out of nowhere. Those next few holes got difficult," Cunningham said. "I started to play safe. I decided if I was going to lose, I was going to make somebody beat me. It wasn't going to be me making a bunch of mistakes."

The Vincennes golfer noted the par-5 14th hole was pivotal. Breault, just two back, had a short putt for birdie. Cunningham had a four-footer downhill to save par.

"I felt a little uneasy about that putt. It could have been a two-shot swing, and we would have been tied. But Zach missed his putt, and I made mine," he said. "Those are just the swings in golf. That helped."

Cunningham parred the final six holes under the blustery conditions.

Claycomb and Kevin Johnson had Sunday's best rounds at 2-under 70. That helped Johnson get in a three-way tie for fifth at 2-over.

Cunningham said he plans to turn professional in August with the thought of duplicating Schenk's success.

"I'm either going to make it or lose my mind, but I'm going to give it a shot for at least a couple of years," Cunningham said. "If it doesn't work, I'll have to figure out how to join the real world."

Lawrenceville players claimed two of the five flights, with all the victories decided by at least three shots. That started in B Flight with Lawrenceville's Tommy Hulfachor taking a three-shot victory at 156. Jeff Small was runner-up at 159 and Roger MeNeely third at 162. City-mate Blake Potts captured C Flight with a 162, four strokes ahead of J.R. Claycomb and Rick Thompson.

David Kiely of Evansville, Ind., collected the A Flight title with an even-par 144. That was good for a four shot-victory over Rick Leonard and Blayze Miller.

Olney's Nick Poland was the four-shot winner in D Flight with a 160. Steve Taber was second at 164 and Terry Martin took third at 171.

Larry Fossi of Terre Haute, Ind., grabbed the Senior Flight at 152. Frank Landry shot 156 and Larry Tackett was third at 160.

Matt Davis of Terre Haute was the winner of Friday's Shootout.

Schweizer headlines past and present Tigers at track and field trials