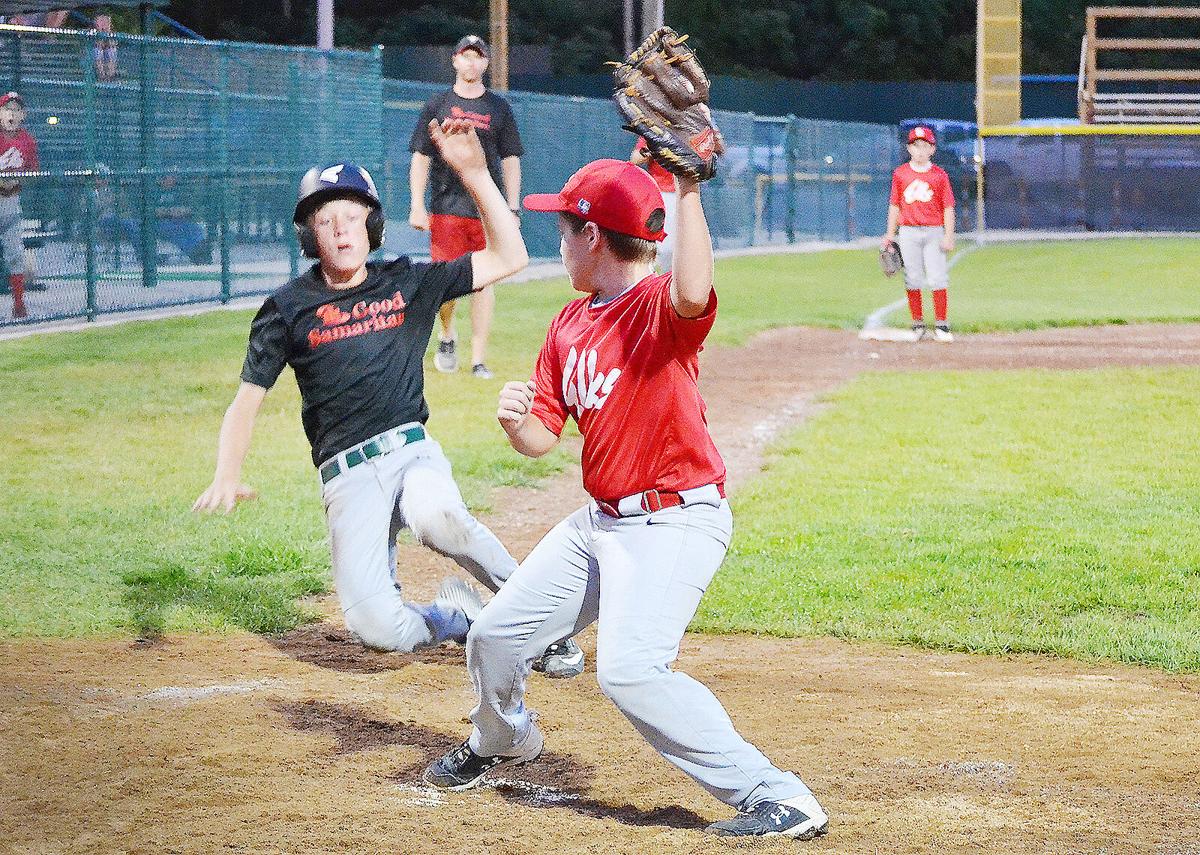 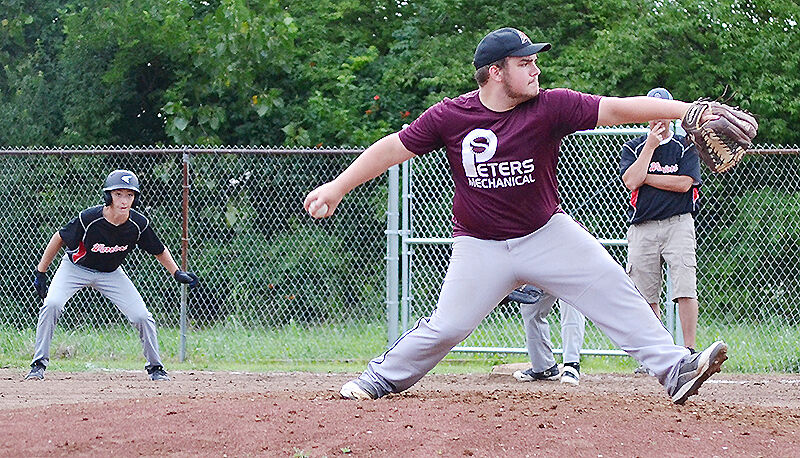 Peters Mechanical pitcher Derrek Jackson throws to the plate as North Knox's Hunter Noonan leads off from first base in their Babe Ruth championship game Wednesday at the Cub League complex.

Peters Mechanical pitcher Derrek Jackson throws to the plate as North Knox's Hunter Noonan leads off from first base in their Babe Ruth championship game Wednesday at the Cub League complex.

Five teams claimed tournament championships at the Cub League complex Wednesday, with two of the league champions doubling up with postseason titles.

Four league winners came into Wednesday with hopes of taking the postseason title too, but two came up a game short. One of those was in the Senior League, where sixth-seeded Good Samaritan Hospital upended No. 1 seed Elks, 7-3, in the nightcap at Joe Bilskie Sr. Field.

One of the league champion teams to claim another trophy Wednesday was Miller Endodontics in the Junior League. The regular-season champion produced a seven-run fifth inning to top second-seeded Piper Diamond, 10-5, at Bilskie Field.

In the Minderman Field opener, Pepsi added a Junior Rookie League tournament title to its regular-season crown when it doubled up second-seeded Wabash Food Service, 10-5.