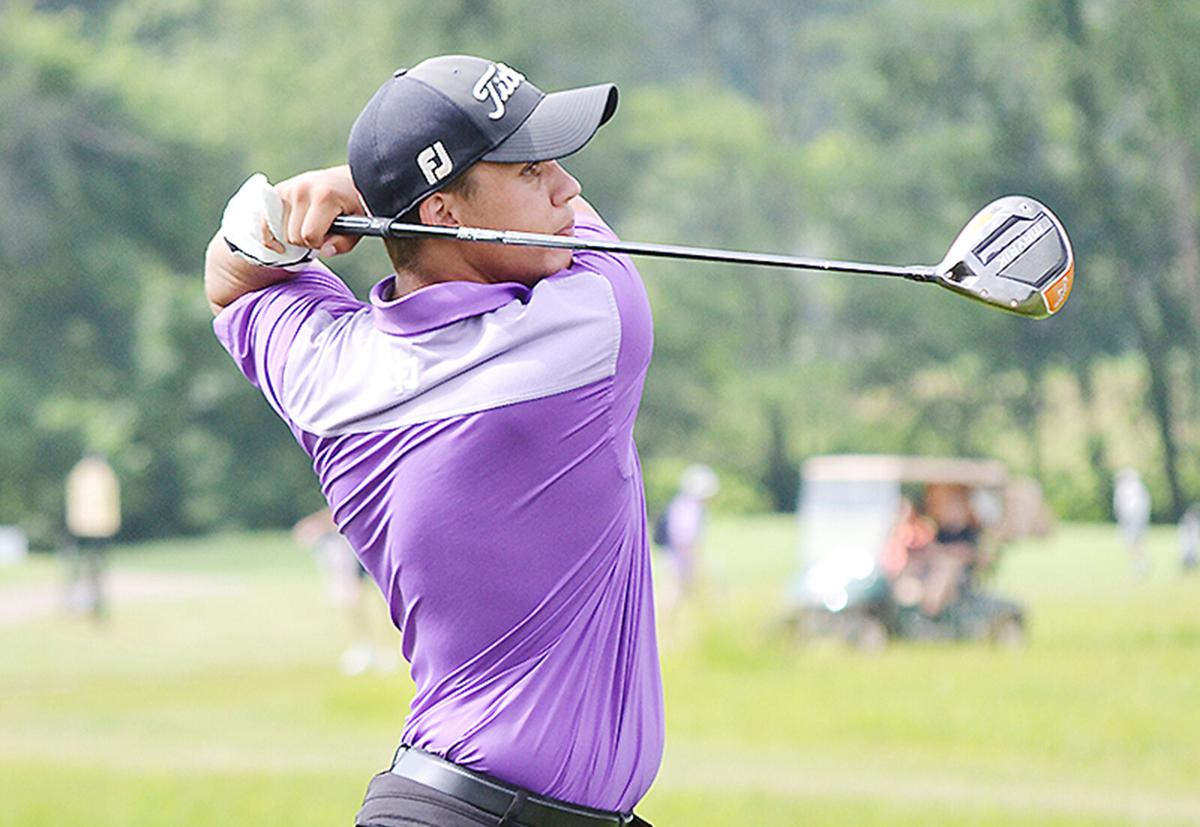 Rivet's Christian Steininger watches his tee shot on the 13th hole Thursday in the Washington Regional at Country Oaks. 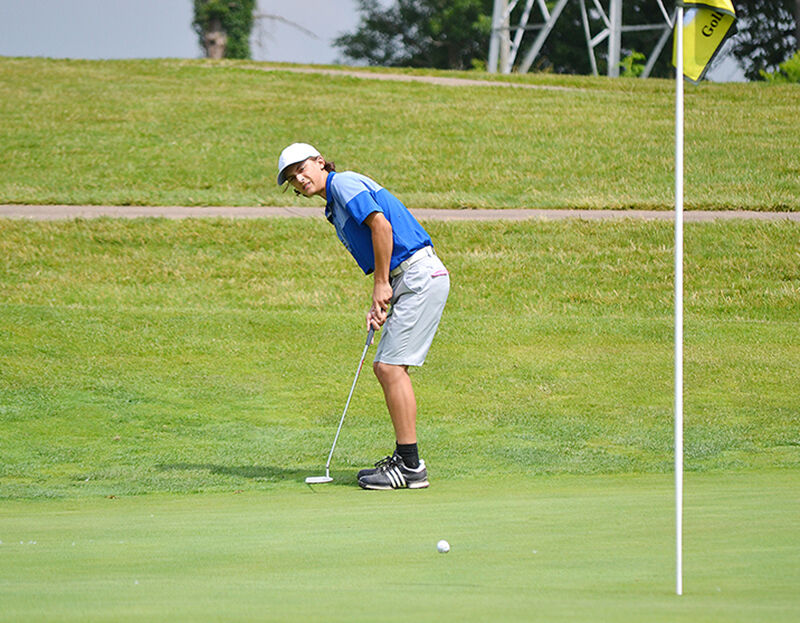 South Knox's Cameron Chattin watches his putt on the 12th hole in the Washington Regional.

Rivet's Christian Steininger watches his tee shot on the 13th hole Thursday in the Washington Regional at Country Oaks.

South Knox's Cameron Chattin watches his putt on the 12th hole in the Washington Regional.

MONTGOMERY — Rivet's Christian Steininger got to do Thursday what thousands of pro and amateur golfers have done before him — scoreboard watch.

For much of the two hours of having to wait in the Washington Regional, Steininger's 2-over-par 74 at Country Oaks was going to be good enough for a playoff berth to reach next week's state finals. Then Brownsburg got in the way.

The final two golfers for the Bulldogs, in the field's final two groups, shot 73 and 72. It wouldn't have been a problem had Brownsburg tallied one of the three low scores to advance as a team. But the Bulldogs' 314 total was one stroke behind Avon's 313 for third place. Steininger's 74 was good for a tie for sixth among players on non-advancing teams, but only the top five qualify for next Tuesday's state finals in Carmel.

It was also the season-ender for South Knox's Cameron Chattin, who shot an 85.

Rivet coach Chris Steininger, Christian's dad, called it a "gut punch." He, like many of the scoreboard observers, thought there was going to be a three-way playoff for fourth and fifth place with the 74s shot by Gibson Southern's Ryan Islam and Covenant Christian's Preston Broce.

"I couldn't have asked any more out of him. He played his heart out. Unfortunately these things happen. You just have to smile and use it as some energy for next year," coach Steininger said.

The day had drama before waiting endlessly on every score to come in as a one-hour lightning delay came in the middle of the round. Steininger, starting on the back nine, bogeyed the 17th in a 1-over 37. He birdied two and three to get to 1-under before the lightning paused the round.

On his return, the Rivet junior bogeyed five, six and seven. He nearly got one of those back on the ninth hole. Steininger's drive nestled under the lone tree in the left rough, but he deftly punched out to the green, high-fiving his Rivet teammates in the gallery on his walk up. His 30-foot putt for birdie barely missed.

The coach said Steininger's 74 score was brought up before the round.

"We had discussed a number and 74 is what we came up with, that it was a score that would probably put Christian in a good position," Steininger said. "Christian said that everybody was telling him that he needed to shoot 74.

"I know if somebody would've told me we could have 74 before playing, I'd taken it to at least get into a playoff. When those final scores came in, I was in shock," he said. "I just know Christian couldn't have brought it at a better time. I'd love to know the amount of footage of made putts today. He made so many 5-6 footers that he had struggled with. He made those first couple, and it snowballed the right way this time.

Chattin did what Steininger did two years ago, qualify for the regional as a freshman. His score could have threatened his sectional round of 80 had it not been for five 3-putts.

"Cameron played a solid round. He got sideways on one hole, but after he got his nerves under control, he started to play some good golf," Spartans assistant coach Malcolm Dubbs said. "I'm proud of him, to shoot 85 on a tough course as a freshman."

Dubbs said Chattin, like Steininger, will get inspired over the summer to improve next season.

"Cameron's grown up a lot just this past week, preparing for the regional. It's hard, being a freshman, seeing this atmosphere for the first time. It's a tough crowd. It's a taste of big-time golf and what it takes to be a great player. I know it'll put a fire in his belly and he'll want to shore up some stuff."

Honorable mention Evansville North took the team competition with a 307, one shot better than Indianapolis Brebeuf.

Camron Jones of Ben Davis was the top score among individuals with a 3-under 69. Wood Memorial's Paxton Schwomeyer, who advanced out of the Vincennes Sectional last week, advanced to state with a round of 73. He was a three-way tie for third among non-advancing teams.