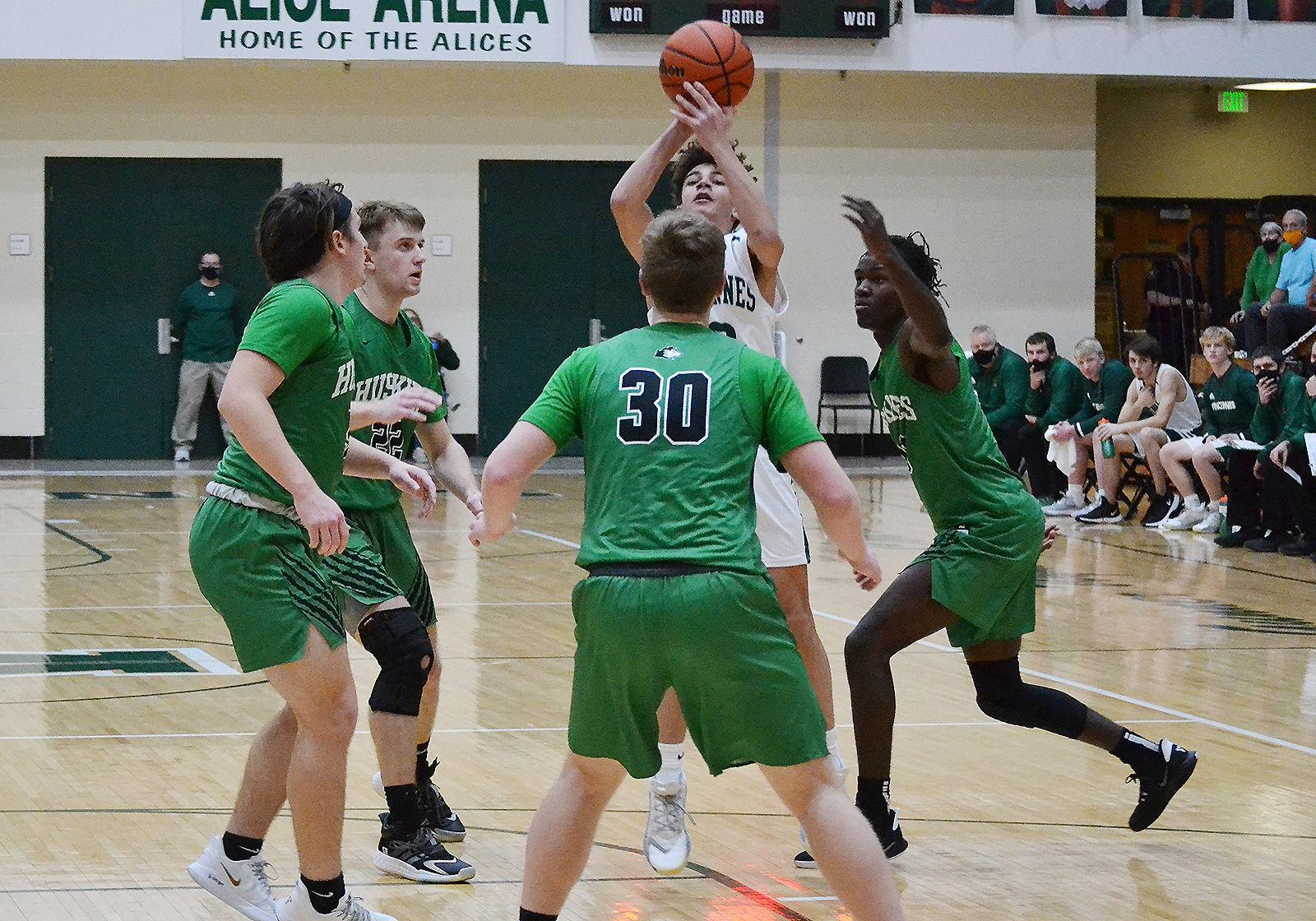 Sure Clean Inc. has taken another step toward its endeavor to build more than a dozen new homes in an area just off Hart Street, a subdivision dubbed Broadway Place, after receiving support from members of city council Monday to rezone the plots of land.

The plan, according to a spokesperson for Sure Clean, is to build 13 single family homes in the space, but currently there is a “hodgepodge” of zoning across the adjoining plots.

“We want to clean all that up, remove the R-2 and C-2 zoning and use Planned Unit Development (PLU) zoning,” the representative added.

In response to Sure Clean’s request to rezone the land, president Tim Salters conveyed enthusiasm for the housing project on behalf of the city council.

“I know a lot of us are excited about this project. We’re seeing the beginning of, hopefully, many more projects all over the city,” he said.

The city’s Redevelopment Commission previously committed to help with the $2.5 million endeavor, specifically $218,000 for help with infrastructure costs of things like the construction of roads within the housing development as well as connection to existing utilities.

Per the RDC’s request, each house will be different and with their own unique qualities — moving away from any type of “cookie cutter approach,” as is common with many new housing developments. While there will be four basic interior designs, buyers can customize some aspects of the plans, particularly external features.

The homes will be built as buyers come forward to purchase them, and Sure Clean hopes to complete the project — meaning having the lots sold and the homes built — by the summer of 2022.

City council members unanimously approved the first reading of the zoning change request. It will now go before the Area Plan Commission for either a favorable or unfavorable recommendation before returning to the council for second and third readings.

In other business, the seven councilman unanimously approved a resolution to seek an additional $250,000 in funds from the state Office of Community and Rural Affairs’ now revamped Community Development Block Grant Program.

This is the third phase of the program, which initially aimed to provide mini-grants for businesses facing hardships due to COVID-19.

Now, the state organization says while the grants for businesses are still a possibility, the upcoming round will be more competitive, with opportunities for funds to be distributed to places such as food banks and child care centers who have also found themselves overextended during the pandemic.

Should Vincennes be awarded another round of funding, $150,000 would be used to extend the current mini-grant program for local businesses, but the remaining $100,000, Salters explained, would be distributed to local food pantries in need.

“They would apply for funding through the city, (which) would disperse those funds,” he said, noting that it would closely mirror the same process used for the business mini grants.

Businesses, depending on the number of employees, can be eligible for anywhere from $2,000 up to $10,000 under the city’s mini-grant program, which is overseen by its Revolving Loan Fund Committee. 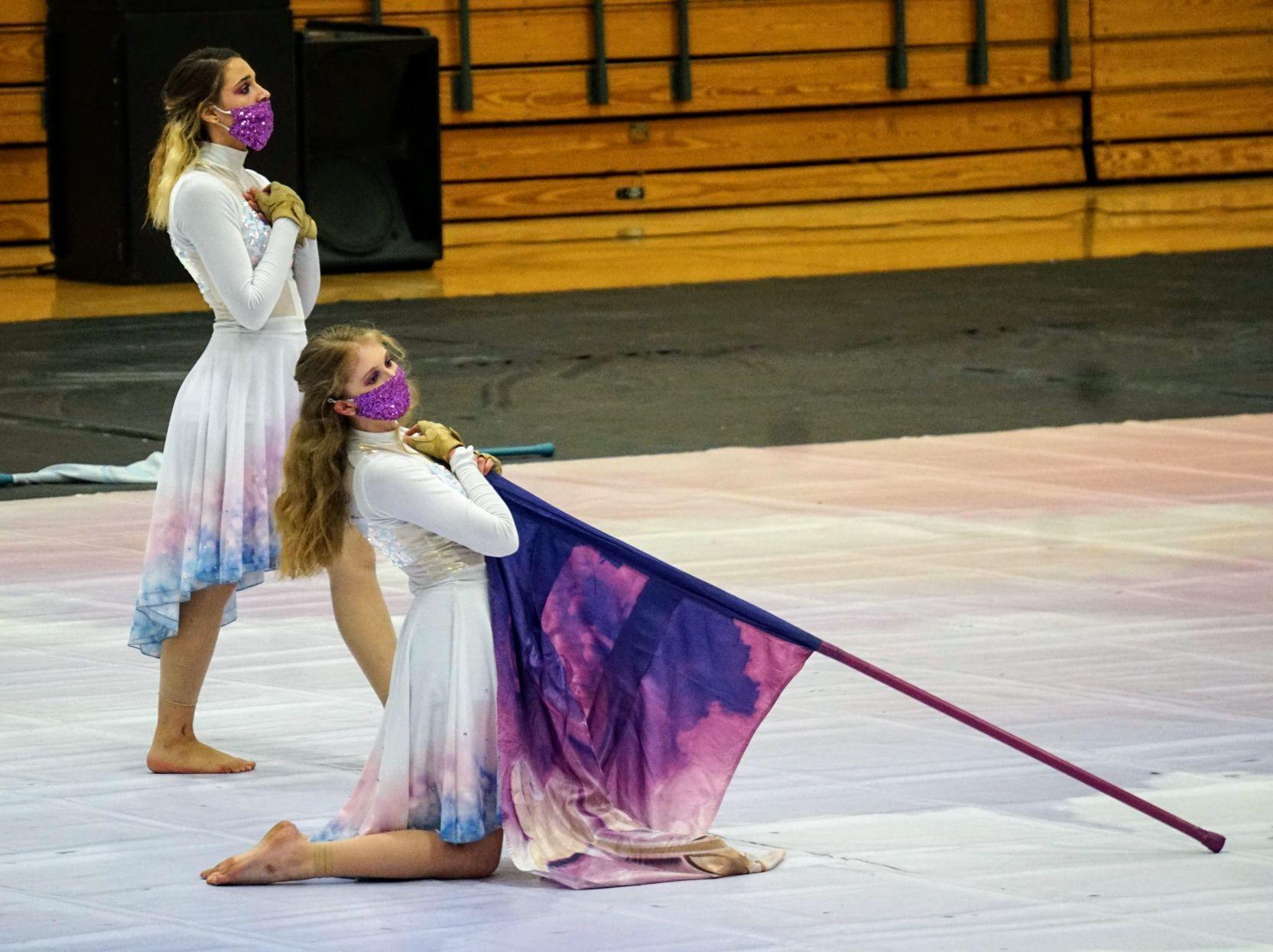 Zasha Jenkins (left) and Brianna Pinnick, both members of the Vincennes Lincoln Winter Guard compete at Terre Haute South Vigo High School Saturday, eventually finishing sixth out of eight teams. The Guard has Saturday off, but they have two more competitions before the end of the season.

Two officers with the Vincennes Police Department were recognized by Mayor Joe Yochum and members of the Board of Works for their efforts in saving a local boy from choking earlier this month. Pictured from left are VPD officer Michael Caswell, Ryder Duke, Colton Duke and Capt. Josh Burke.

Members of the city’s Board of Works on Monday recognized two city police officers for their efforts in saving a boy from choking earlier this month.

Officer John Hillenbrand, the school resource officer at Lincoln High School, said on Feb. 8, officers with the Vincennes Police Department gathered at the high school for a regular meeting, using the more open space of Ader Auditorium as a way to better social distance.

Capt. Josh Burke and officer Michael Caswell happened to be outside when they were approached by a boy, later identified as Ryder Duke.

Ryder was frantic, Hildenbrand said, as his older brother, Colton, was in the backseat of a nearby vehicle with the seatbelt wrapped around his neck.

Caswell and Burke worked together in an effort to release the seatbelt but to no avail. They then worked at unwrapping the seatbelt from his neck but decided it would cause further distress.

The more they worked and the harder Colton fought against it, the tighter the seatbelt got until, eventually, Colton began to choke.

Burke then decided to cut the seatbelt to free Colton, who was found to have marks on his neck and bleeding in his eyes.

“But because of Capt. Burke and Officer Caswell’s quick thinking and responses, Colton Duke only suffered very minor injuries that could have easily ended in a much different outcome,” Hillenbrand told the board.

Mayor Joe Yochum thanked each officer and recognized them with a police merit award.

In other business, city engineer John Sprague told members of the board that crews with CSX Railroad will be moving into town next month for what he described as a “disruptive project.”

Crews, he said, plan to replace every railroad tie along a major portion of the east-west line, which starts near Vincennes University on First Street and crosses several major thoroughfares, including College Avenue, Sixth Street and St. Clair Avenue.

Detours will be in place, Sprague said, and the work will be done so as to keep traffic moving efficiently.

“It will be as minimally disruptive as possible,” he said, adding that he expects crews to begin by the end of March.

The board also on Monday signed a near $150,000 contract with local engineering firm RQAW for right of way service associated with Main Street Phase II.

The city’s Redevelopment Commission is improving Main Street from 22nd Street out to Richard Bauer Drive as part of a multi-million dollar, three-phase effort; Phase II picks up at Jamestown Apartments and includes a redesign of its intersection with Felt King Road.

This contract with RQAW, Sprague explained, will include the appraising of the property in that area as well as purchasing.

City officials received a federal grant to help pay for 80% of the estimated $4 million cost of Phase II, and that money is expected to be released this summer.

Sprague hopes to also pursue Main Street Phase III, which would take the project out to Clark Middle School at Richard Bauer Drive, at about the same time, or 2022.

INDIANAPOLIS — Indiana legislators have approved bills that would repeal the state’s permit requirement for carrying a handgun in public and further tighten the state’s abortion laws.

The Indiana House voted Monday largely along party lines with Republicans favoring repealing the gun permit requirement that supporters of the move argue undermines Second Amendment protections. The bill would allow anyone age 18 or older to carry a handgun except for reasons such as having a felony conviction, facing a restraining order from a court or having a dangerous mental illness.

The Republican-dominated House also voted in favor of a bill that would require doctors to tell patients about a disputed treatment to stop a drug-induced abortion after a woman has taken the first of two pills for the procedure.

Abortion opponents argue the bill ensures that women who may change their minds about ending their pregnancies have information about stopping the process by taking a different drug after having taken the first of the two drugs for a medication abortion. Abortion-rights supporters maintain doctors would be forced to provide dubious information to their patients.

Both bills now go to the Senate for consideration.