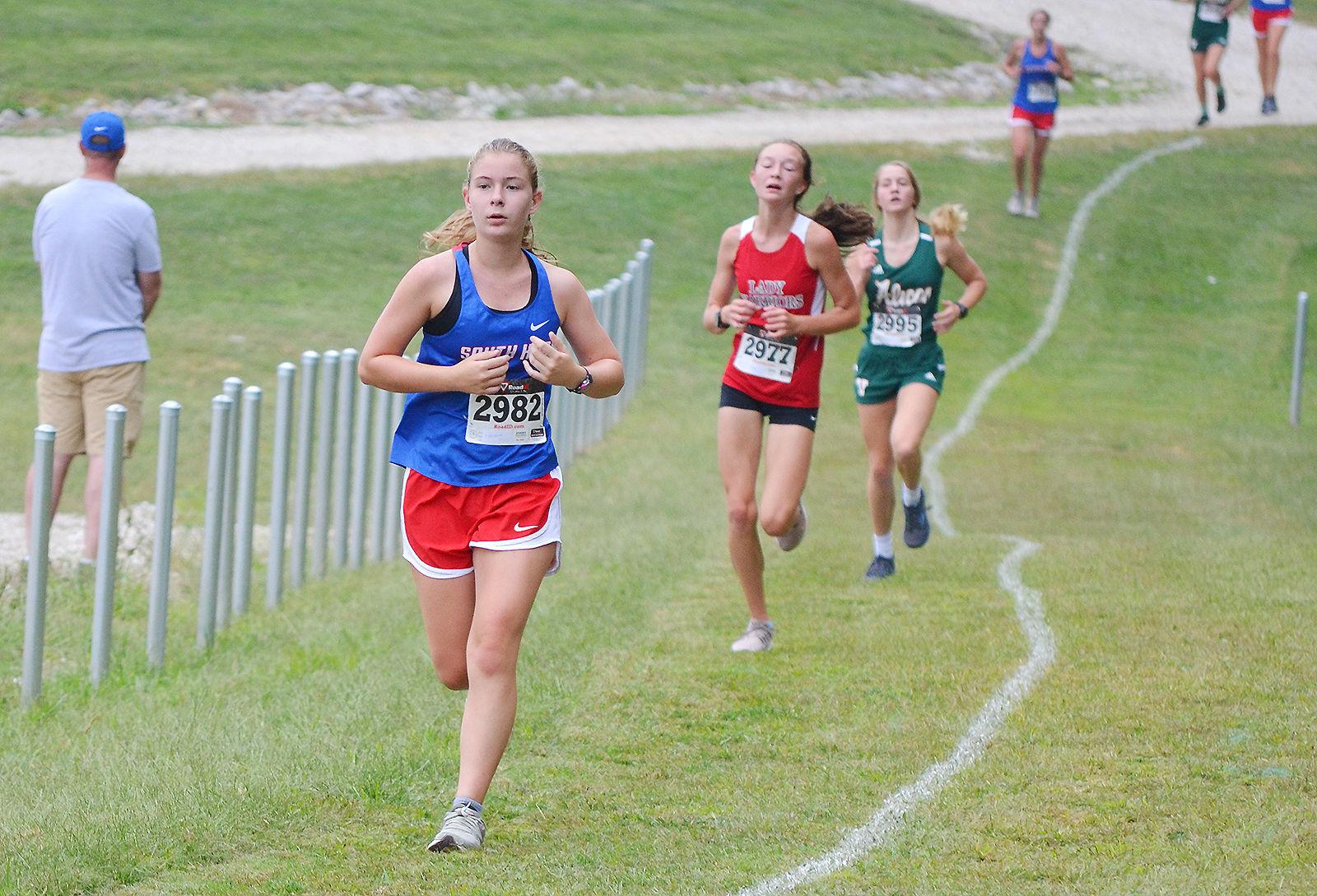 Representatives from the St. Vincent de Paul thrift store once again went before members of the city council last night seeking approval to move forward with an expansion project.

The charitable organization, which operates the thrift store at 1604 Main St., says they are out of space to house donated items. Their plan is to construct a 60 x 80 foot storage facility on some adjacent property.

But first, city council members must approve a zoning change.

In May, local attorney Aaron Doll made the request to the city council to change three lots on the southwest side of Busseron Street, ones owned by the organization, from residential to commercial.

And, as is customary, the request was also submitted to the Area Plan Commission.

The city council traditionally approves a proposed zoning change on first reading and then sends it to the APC for review.

APC members, in a vote of 8-1, approved the zoning request — conditionally.

At Monday night’s council meeting, Doll said the APC had some concerns with storm water drainage issues there but gave the zoning request a favorable recommendation, “contingent upon the development occurring within one year.”

Though the second reading unanimously passed the council on Monday, council members say more information — specifically about stormwater drainage problems as well as the design of the structure itself — is needed before the third and final vote.

In July, a handful of neighbors went before members of the APC to oppose the thrift store’s expansion, citing the new building’s potential aesthetics as well as how it would impact stormwater drainage in a neighborhood that already experiences flooding during heavy rains.

“We’re thankful for the work St Vincent de Paul does, but the biggest concern I have is drainage and making sure any changes made don’t make things worse,” said council president Tim Salters.

Councilman Marc McNeece, also the council’s appointment to the APC, said he, too, is concerned about the drainage issue, but he’s also thinking about how the large storage facility will fit into a primarily residential neighborhood.

“It’s a nice piece of construction, but I don’t feel comfortable rezoning a piece of property that looks like a barn. Neighbors were looking for something that looks more residential, rather than a pole barn,” he said.

Council members did, however, acknowledge there is little St. Vincent de Paul can do to remedy the stormwater issues experienced there.

There seemed to be consensus that a thorough clearing of nearby City Ditch is needed, which would allow for stormwater to better drain from the entire area.

However, there is no indication this will happen in the foreseeable future; the city’s Utilities Service Board has considered it, but the cost would be considerable.

The thrift store, too, takes on water from properties across the street, so its are not immune to the problem itself.

Doll said officials with St. Vincent de Paul plan to reach out to Vincennes Water Utilities to explore what can be done — whether on their part or the city’s — to remedy the flooding situation.

“I certainly would lean on our experts on this issue,” McNeece added.

In other news, the council held first reading of an ordinance that would amend the city’s regulation of manufactured houses.

First reading passed in a vote of 7-0. 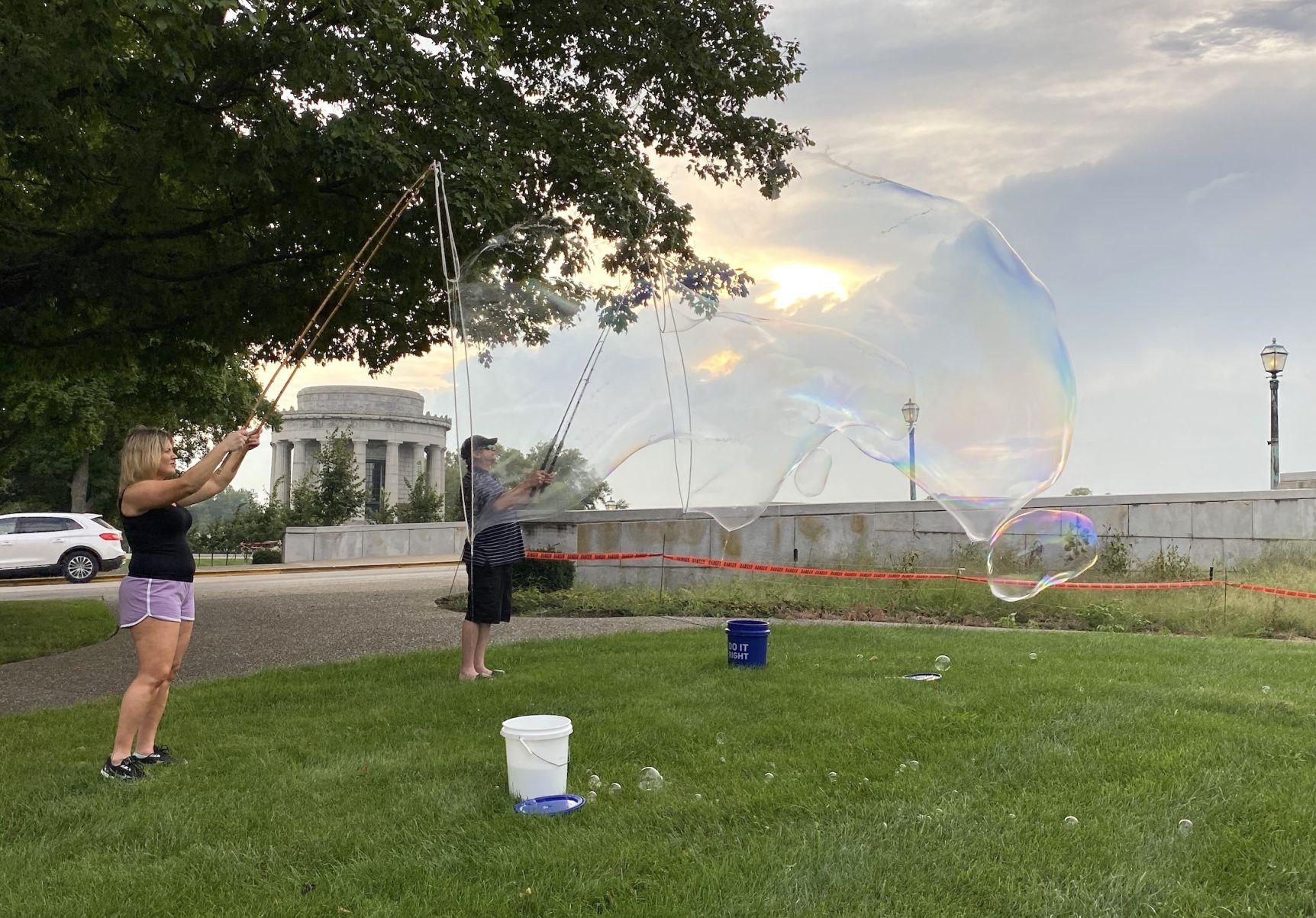 Bubbles in the Sunset

A new state-funded drive-thru COVID-19 testing site is up and running — just not in the location health officials first thought.

Good Samaritan Hospital on Monday announced that the new testing site has been folded into the Convenient Care Clinic at 1813 Willow St.

The hospital just last month finalized the purchase of the old surgery center at 300 N. First St., and officials had plans to open a new state-funded testing site there in partnership with both Vincennes University and the Knox County Health Department.

It was the health department that applied for and received the $100,000 grant that is helping to pay for it all.

“Our original plans were to open a new testing site on First Street, however, after much consideration, we decided it would be more feasible to just expand testing through our Convenient Care Clinic,” said Adam Thacker, chief operations officer at Good Samaritan, in a press release issued Monday.

“By utilizing the Convenient Care Clinic, we can put more of the state funding toward testing supplies and be able to test more individuals in the community.”

County health officer Dr. Alan Stewart, who has been actively involved in the grant process, said with the First Street building having just been purchased two weeks ago, there was simply too much work to be done in order to get the testing site up and running.

“The building is in pretty good shape, but there was still work to do,” he said. “We thought it would be a great building, what with that canopy and everything, for a drive-thru testing site, but the (Convenient Care Clinic on Willow Street) will work great, too.

“The state wanted to get going on this fast.”

The Convenient Care Clinic was the site of the city’s first drive-thru testing facility early on in the pandemic.

Those wanting a COVID-19 test, regardless of whether or not they have symptoms, can be tested at the clinic, which will be open 10 a.m. to 6 p.m. Monday through Friday and again from 11 a.m. to 5 p.m. on Saturdays and Sundays.

Patients visiting the clinic must call 812-885-8941 to check in and to receive further instruction for testing.

Stewart, too, said he is hopeful that, as of Oct. 1, test turnaround times will improve as Knox County begins sending its samples to Deaconess Hospital in Evansville instead of Mayo Clinic in Rochester, Minnesota.

Currently, it’s taking anywhere from 48 to 72 hours to get a COVID-19 result, Stewart said. Couriering them to Deaconess instead should reduce that by 24 hours.

The state Department of Health on Monday reported an additional seven cases of the novel coronavirus here in Knox County, bringing the total now to 441.

Stewart said the county had been averaging anywhere from 10-15 new cases per day; that’s now dropped to 5-10 per day.

That’s after a recent one-day surge of 17 new cases, a day Stewart is calling the “Labor Day surge.”

“I was expecting that, unfortunately,” he said. “But I’m hopeful that with travel now out of the way, we’ll do better.

“We will be moving more inside,” he added, “which is a concern, but we’ll just have to see how it goes and hope that people are careful.”

Knox County currently has 72 active cases of COVID-19; nine will fall off today, leaving that at 70. The county’s 7-day positivity rate is just under 9%.

There are still eight people being treated for COVID-19 at GSH, he said; of those, four are from Knox County, and two of those are in critical condition on a ventilator.

There have been eight COVID-19 deaths among Knox County residents so far, but none in recent days, Stewart said.

According to its online COVID tracker, the North Knox School Corp. has six active cases, two at the Junior Senior High School and four at the Intermediate School.

Neither South Knox nor the Vincennes Community School Corp. are reporting any active cases at this time.

Indiana reported 755 new cases of coronavirus Monday and an additional two deaths, bringing the totals since the start of the pandemic to 106,540 and 3,215 deaths. An additional 224 people are thought to have probably died of coronavirus in the past six months.

Just over 20% of people who have tested positive for coronavirus since the start of the pandemic fall in the 20 to 29 age range, according to a report in the Indianapolis Star. However that age range accounts for only 0.3% of the deaths. Those over 80 make up 51% of the deaths, but just under 6% of positive cases.

Stewart, too, said anyone who got an invitation by mail from the IU Richard M. Fairbanks School of Public Health to participate in a random sampling COVID-19 study either on Sept. 29 or Oct. 1 can rest assured that the testing is legit.

Fairbanks has been in Knox County on previous occasions — including one testing site at Walmart — as part of a random sampling study.

Participants are sent an invitation by mail, Stewart said.

This next testing site will be set up at the hospital itself, specifically conference room J just inside the Sixth Street entrance.

News
Chili in the time of COVID
By Jenny McNeece jmcneece@suncommercial.com
09.15.20

The United Way of Knox County is allowing new ideas to simmer in terms of how to more appropriately host its annual chili cook-off in this new time of COVID.

United Way executive director Mark Hill on Monday went before members of the city’s Board of Works — he is one himself but abstained from voting — and asked for permission to use the Riverfront Pavilion at Second and Busseron streets and close both First Street and Busseron Street around its edges to allow for even more space.

The pavilion would be set up, he said, with 15 cooks on each side, each with a 6-foot table and each of those tables set up three feet apart.

“It’s still our hope that we can have this event outdoors,” he said. “With 15 cooks on either side, we think we’ll have ample room.

“We’ll allow traffic to come in one direction, move down one side, then up the other. We think it will actually be way less congested that way.”

In previous years, the United Way has hosted the chili cook-off both at the Harmony Society and the Vincennes Brewing Company.

“That way we can have some dining tables in case people want to sit down with their chili, socially-distanced, of course,” he said.

The two other board members — Mayor Joe Yochum and Steve Blinn — granted his request.

In other business, board members approved a curb request from Jim Zeigler, co-owner of Ewing Printing Company, 516 Vigo St.

Zeigler asked that they be able to make a curb cut in the employee parking lot directly across Fifth Street from a large, 12-foot overhead door, one they use to pull in semis and large trailers for customized work.

Maneuvering semis into the building given the tight space, he said, is usually impossible. The curb cut would allow for more room.

“This way, we’d be able to get a semi into that building or a great big long trailer,” he said. “Right now, we have to do that work outside, but we’d like to be able to move them inside, especially with winter approaching.”

Zeigler said that area of the curb is painted yellow anyway, so no public street parking would be lost as a result.

Cathy Bush with Hope’s Voice, an organization dedicated to helping victims of domestic violence, also received permission Monday to hang purple ribbons up and down Main Street and along the Riverwalk to recognize October as Domestic Violence Awareness Month.

And the board approved a new workman’s compensation policy for the City of Vincennes, one at a cost of $90,052 per year, which is about $8,000 less than this year, the mayor said.