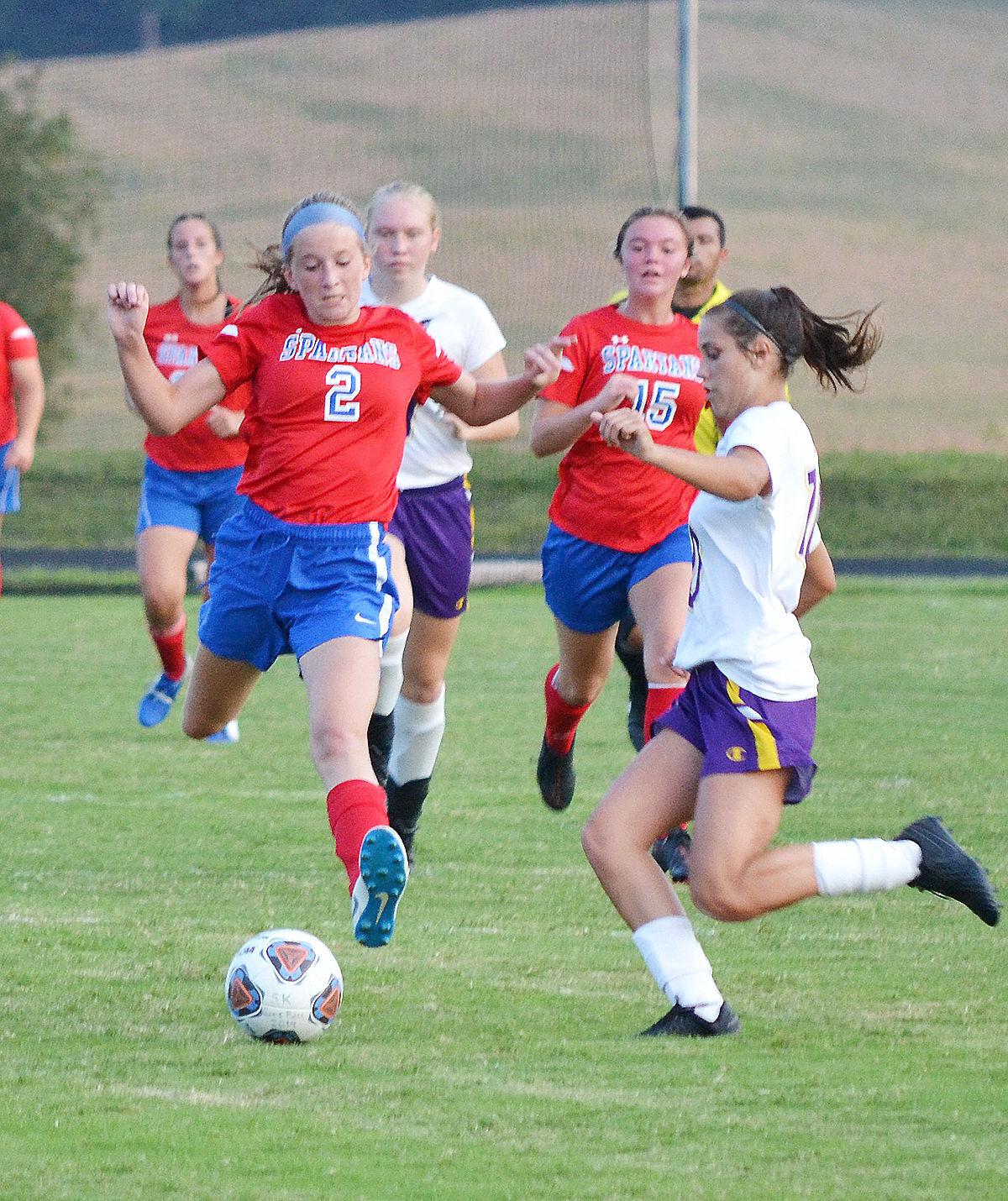 Members of the county council took the first step in granting a tax abatement to a Tenaska, a Nebraska-based solar company looking to build a farm here.

The county council during their regular meeting Tuesday, held at City Hall, 201 Vigo St., approved the establishment of an Economic Revitalization Area around the anticipated solar farm, set to be constructed next year on about 1,200 acres of farm ground in southern Knox County.

County attorney Andrew Porter called it a “declaratory resolution,” one officially declaring the county’s intent to offer an abatement to the company.

The next step, Porter said, will be to hold a public hearing regarding the potential abatement, one tentatively set for Oct. 13, then to provide notice to the affected taxing units.

The last step, he said, will be the approval of a “confirmatory resolution,” the last step in making the tax abatement official.

“This resolution tonight is just to give our intention (to offer an abatement to Tenaska) and to say that we’re going to follow through with the more formal steps to make a final decision,” Porter told the council.

Porter said — from start to finish — the entire process should take about five weeks.

The resolution didn’t include any exact figures, but Tenaska has indicated its intent to seek a 10-year real and personal property tax abatement on the $110 million project.

Tenaska, too, on Tuesday officially announced construction of the solar farm, one of the world’s largest investors in renewable energy.

Tenaska an Capital Dynamics hope to begin engineering on the solar farm yet this year, secure final approvals from county officials early in 2021 and begin construction.

They expect it to be fully operational by 2022.

Construction of the solar farm itself will provide about 188 full-time jobs for a fully year.

After that, the farm will require four full-time workers to oversee operations and maintenance for the expected 35-year project life.

Also part of this deal, there is an expectation by county officials of an Economic Development Agreement, one that, in exchange for the tax abatement, would allow federal dollars set aside for communities that invest in clean energies to pass through to the county.

How the county could spend that money — or how much it would be — hasn’t yet been disclosed.

The county commissioners also in recent months worked alongside members of the Area Plan Commission in the drafting of a new solar ordinance, one that paved the way for this project, specifically in terms of zoning requirements, as well as any others in the future; officials with Miami, Florida-based Origis Energy have also said they’re looking to lease ground in Knox County as well. 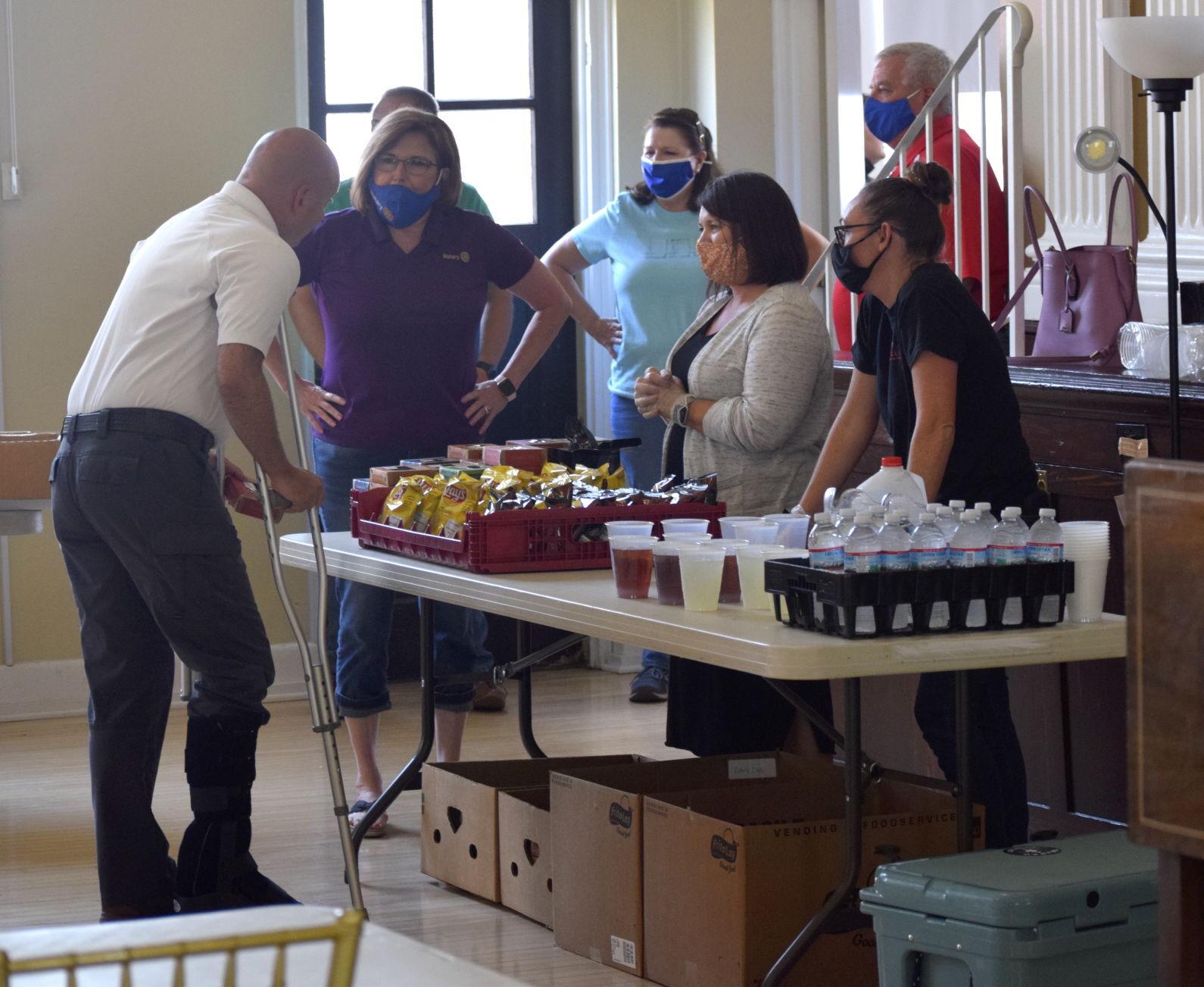 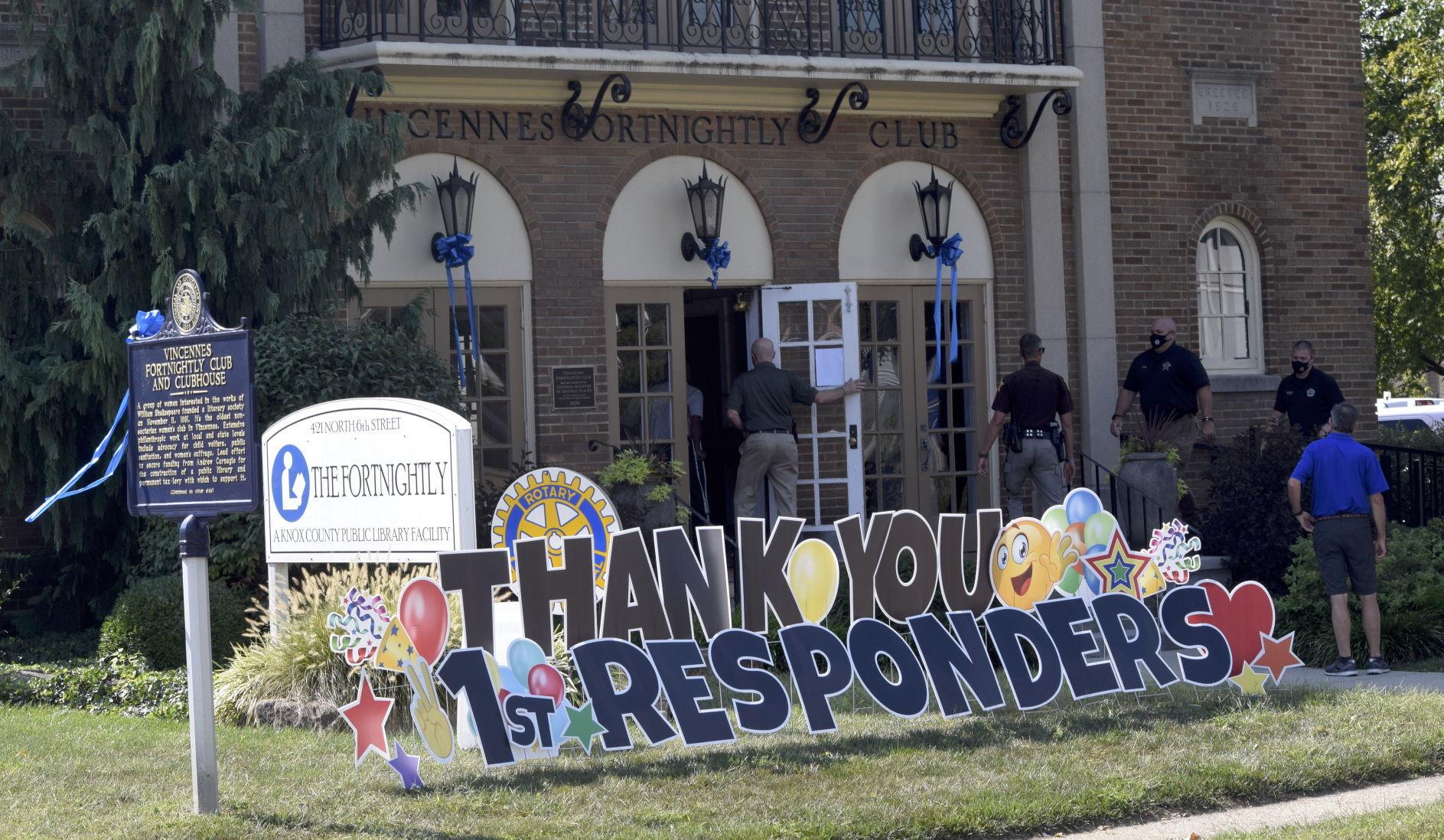 The local Rotarians on Tuesday hosted their second First Responders luncheon at the Fortnightly Clubhouse, 421 N. Sixth St. All area first responders, from military to police, were treated to a free lunch.

The county’s election official says he has received more than 1,100 absentee ballot applications thus far, and he is anticipating at least a few hundred more in the coming weeks.

“On the low side, I think we will see at least 1,500 requests for mail-in ballots, and the high side of the estimate for our county would be around 2,000,” he said.

But, he added, his office is prepared to send as many as 5,000 absentee ballots, should they have an overwhelming surge of requests amid COVID-19 concerns.

In this contentious presidential election year, speculation about everything from voter fraud to mail-in ballots going uncounted has been tossed around the airwaves and Twitter feeds.

But Shelton says Knox County voters have no reason to worry about their votes being counted.

“The number of ballots rejected or disqualified in Knox County has been very small in the past,” he said.

Ballots submitted by mail must be signed by the voter, and Shelton said it’s that signature, or lack thereof, that is the leading cause of a ballot being disqualified and uncounted.

“The biggest problem we have is people not remembering to sign the ballot envelope, which is required for the vote to count,” he said.

And even then, Shelton added, he and others will work diligently to contact the voter and remedy the situation before Election Day if at all possible.

“I want every vote to count,” he said.

The election official said he also has plans in place to handle larger-than-normal early voter turnout amid the pandemic.

Early voting in Indiana runs from Oct. 6 through Nov. 2, and Shelton says his office has a multitude of hand sanitizer, face masks and gloves.

Though he doesn’t trust Indiana weather enough to leave a large voting tent up on the courthouse lawn for 29 days of early voting — county officials did that during the shortened early voting season before the primary election in June — Shelton said other provisions are being made to keep residents safe.

They will likely utilize a nearby community corrections building that features garage doors that can be opened — weather permitting — to allow for better air flow.

“That will make it a little safer and give people peace of mind,” Shelton said.

Typically, to be eligible to vote absentee-by-mail in Indiana, the voter must have a reasonable expectation that they will not be in the county on election day, have a disability or illness, be at least 65 years of age or be prevented from voting due to lack of transportation to the polls.

To vote by mail, a voter must complete and submit the ABS-Mail application to request a vote-by-mail ballot. This must be received by the election office no later than Oct. 22.

Voters can download and print the ABS-Mail form or call the county clerk’s office at 812-895-4927 for more information.

Also filing was Andrew Kopatich, the lone Democrat in the group of candidates.

Both Republicans or Democrats could file the state paperwork to seek the ballot slot, but the decision is ultimately up to local Republicans as Johanningsmeier was elected in 2015 as a Republican.

Shelton has said Republican Party officers, though, will focus their efforts on finding someone committed to carrying on with drug court, specifically in the spirit with which Johanningsmeier governed it for so long.

Shelton said they hope to make their selection by this evening.

Those judges may now, together, appoint “senior judges or local judges pending further action by the Indiana Supreme Court or Governor of Indiana,” according to the order.

Lee and Gregg-Gilmore are calling on a variety of people to help fill in, Shelton has said.

Lawrence County, Illinois, coroner Shannon Steffey confirmed on Sept. 2 that the pilot killed in a plane crash just about two miles north of the Mid American Air Center on Aug. 29 was Johanningsmeier.

The Sullivan County Sheriff’s Office received a 911 call early that Saturday about an overdue plane that should have landed at the airport in Lawrenceville, Illinois.

According to the National Transportation Safety Board, 44-year-old Johanningsmeier, Edwardsport, had departed Peter O. Knight Airport in Tampa, Florida, on the evening of Aug. 28.

Police say Johanningsmeier had stopped in Sullivan County just about 12:30 a.m. to fuel up before taking off again.

Law enforcement in Sullivan and Lawrence County, Illinois, began a search, and around 7:30 a.m. another pilot reported what they believed was wreckage about two miles north of the Mid American Air Center.

Officials believe he crashed just about an hour after leaving Sullivan.

The Federal Aviation Administration continues to investigate the accident, but it’s likely fog may have played a factor in the crash as local officials say the Indiana State Police helicopter was requested as part of the search but, due to weather conditions, couldn’t be used.

Johanningsmeier was flying alone in a late-model single-engine Cirrus SR22 airplane. He’d been a pilot for about two years, friends say.