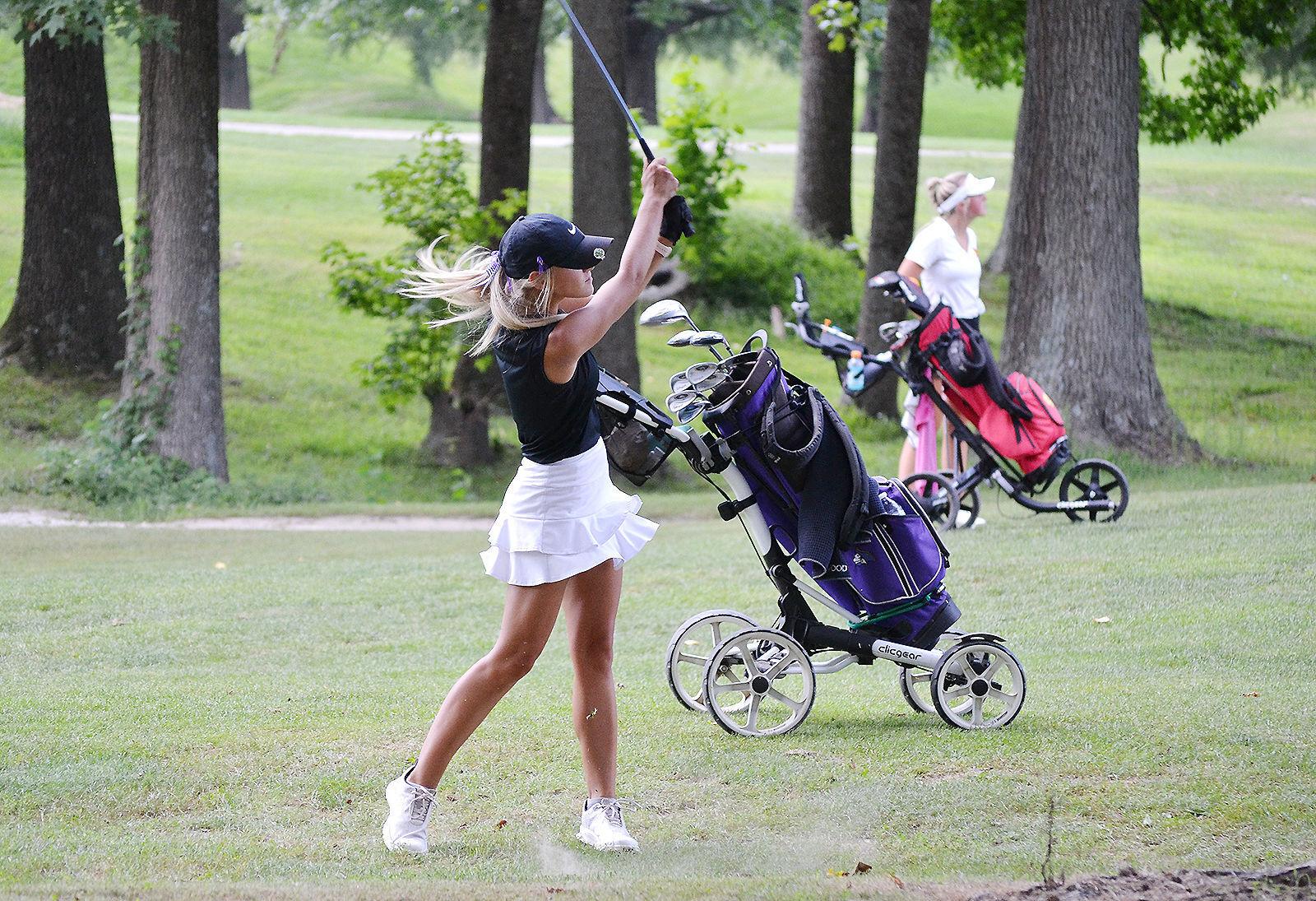 News
City council looks to take up use of backyard campers
By Jill Erwin jerwin@suncommercial.com
08.25.20

The move comes just weeks after Bicknell’s city council approved a similar ordinance after receiving multiple complaints from residents there.

Snider said during Monday’s council meeting that his decision to draft the legislation was, at least in part, also due to the number of complaints his office receives from local residents.

The inspector explained the problem is not with residents owning campers or motorhomes and parking them outside of their primary residence.

Instead, he said, he and other city officials have been receiving complaints about individuals pulling a camper in behind someone else’s home and living there, often running multiple extension cords from the house to the camper or motor home for electricity.

The city already has an ordinance that disallows reliance on a generator as the primary electrical source, and the extensive use of extension cords presents a fire danger.

Snider said he is also seeing use of garden hoses as the primary water source for the campers and trailers, with no access to dispose of sewage and wastewater.

As a result, Snider, members of local law enforcement and county health department officials have responded to complaints that human waste from the motorhomes and campers is being dumped in local alleyways and along residential fence lines.

“Recreational vehicles, campers, job trailers, people are taking them up as a full time residence, and RVs aren’t made for full-time living ,” Snider said.

And he added that campers are not anchored down and secured the way, perhaps, a mobile home would be.

Councilman Dan Ravellette responded to that point by noting that — should Vincennes ever see another strong storm system like the one in April of this year — unanchored campers or job trailers could be blown over with relative ease, posing a threat to those inside and to neighboring homes.

Echoing the sentiment, council president Tim Salters said, “It’s a safety issue, and a public health issue for both the people around them and those in that housing situation.”

Though Snider says he’s trying to eliminate “this substandard living, which also decreases the neighbors’ property values,” he said the new ordinance shouldn’t push any residents to homelessness.

Snider pointed to the area’s mobile home parks, which fall under different guidelines and allow for campers and motorhomes to stay permanently parked for a monthly lot fee.

And, he said, there can be some room for leniency with the ordinance itself.

“If somebody’s house catches on fire and they’re just trying to rebuild, we’ll let them sit there, maybe we can give people a time limit and see that they’re actively working on the situation,” he said.

Snider is expected to present the new ordinance to the city council for a first reading at their next regular meeting, set for 6 p.m. Sept 14 at City Hall, 201 Vigo St. 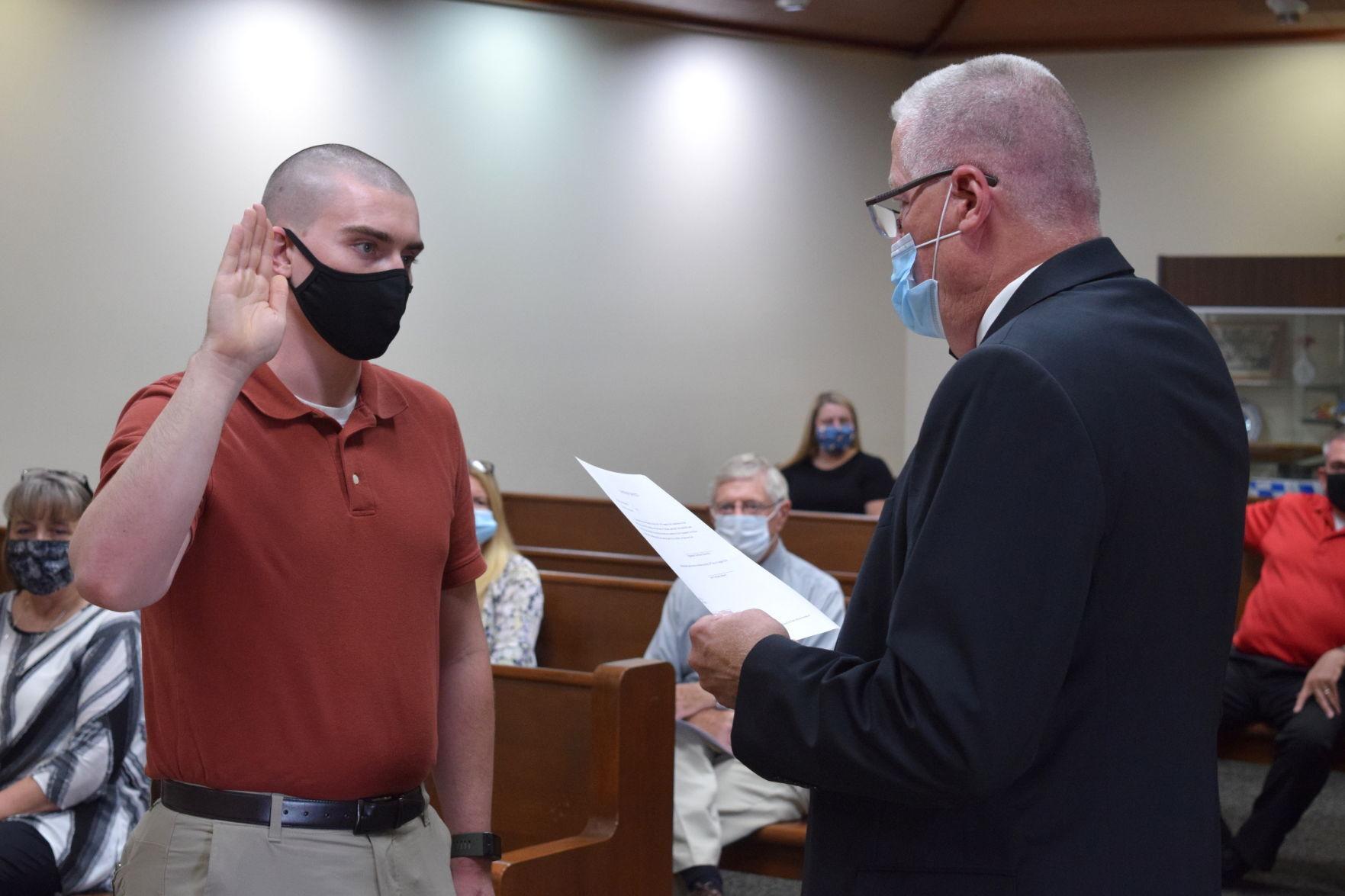 The city is moving forward with a $120,000 window restoration project at Vincennes Police Department Headquarters, 501 Busseron St., after securing yet another $50,000 grant from the state Department of Natural Resources for historic preservation.

Members of the city’s Board of Works on Monday signed two contracts as part of another historic restoration project set to happen at Vincennes Police Department Headquarters, 501 Busseron St.

City officials this spring learned they had been successful in securing a second $50,000 grant from the state Department of Natural Resources for the continued restoration of the police department’s historic wood windows.

The city received the first grant, enough to do 15 of the building’s largest wood windows, in 2016. This new money will go toward restoring another 25 windows; the oldest will be restored, others will be replaced with new, vinyl windows.

“And that will leave you with probably 19 left,” explained Michelle Carrico with the Loogootee-based Southern Indiana Development Commission, the grant administrator.

“But I’ve been told, by the state, that there’s really no reason the city couldn’t go in again and get more money to finish those remaining basement windows.”

In an effort to get the project going, the city’s Board of Works signed a contract Monday with SIDC for the administration work necessary to process the grant; that contract is for $5,000.

The other contract, one for $12,000, is for the services of local architect Larry Donovan throughout the project.

There will also be a local match of $71,000, explained Carrico, so the entire project is expected to be somewhere around $121,000.

The city plans to pull from its share of Economic Development Income Tax dollars to cover the local necessary amount.

Mayor Joe Yochum said they hope to bid out this second phase of the window project by the end of the year — possibly in early 2021 — and the project must be finished, per grant stipulations, by June 30, 2021.

The Neo-classical revival style building was first constructed in 1907, in part with Indiana limestone, and was purchased by the city in 2000. It’s one of just a few in Vincennes that is on the National Register of Historic Places.

It also previously served as a U.S. Post Office.

But this is actually the third time the city has received these particular state funds.

Last year, the city used this same funding source to do a more than $100,000 restoration of the enclosed shelter house at Gregg Park — a Works Progress Administration-era Project — that included restored windows, tuck-pointing, interior improvements and a new roof.

City officials have said they plan to go after the historic preservation grant for a fourth time later this year, this time to possibly do a similar restoration of the bandshell, which was built in 1938 around the same time as the shelter house.

Steve Beaman, superintendent of the city’s Street and Sanitation Department, has placed such a restoration at the top of his priority list, and it was identified as part of a 5-year improvement plan completed earlier this year.

Beaman envisions hosting seasonal concert series there as well as making it available for rent from the public.

The DNR grant program assists publicly owned or private not-for-profit properties that are listed in the National Register of Historic Places with grant money to undertake preservation and rehabilitation activities, according to a press release.

The purpose of these projects is to identify, document, and evaluate cultural resources, and to repair, preserve, and rehabilitate historic properties in ways that are historically appropriate and sensitive, and that maintain or enhance the viability and integrity of the resource.

Vincennes Community School Corp. Superintendent Greg Parsley on Monday received permission from the board of trustees to advertise a $37 million spending plan for 2021.

But as with most other years — and now complicated by concerns surrounding the continuing spread of COVID-19 — he can only sit back and hope that it isn’t cut too much by state officials.

“We advertise the budget high, just like we do every year,” Parsley said. “There is certainly a lot of uncertainty right now, but we’ve repurposed some dollars for our Washington Learning Academy. The state doesn’t offer a lot of dollars for that, so that adds a different twist to the budget.

“But we know we have to offer that additional life-line to our students.”

Just prior to the COVID-19 outbreak, VCSC officials bought back a former elementary school building, Washington Elementary School, on Washington Avenue to repurpose as an alternative learning site.

It ended up offering a vital learning component this year as VCSC officials opted to give parents and guardians a choice in how they send their child back to school.

Initially, about 11% of the VCSC’s overall student body opted for virtual, in-home learning; Parsley said that has since dropped to near 8%.

The school corporation set aside additional money, Parsley said, for the Washington Learning Academy, specifically in hiring a principal, teachers and aides to guide students, ones studying on site as an alternative to the traditional classroom environment.

But they now have many students using the curriculum from home as well.

The board approved a brand new fee schedule for virtual education — $50 per semester per student, but it won’t nearly be enough.

And current state law only allows for virtual students to be funded at 85%.

Gov. Eric Holcomb, however, has promised to do all he can to increase that to 100%, but with legislators not returning to the State House until January, answers are a ways away.

“We believe that will change, but it will also take legislative and executive action for that to happen,” Parsley said. “We’re encouraged in that the governor has said he wants to make (public education) whole at least for the remainder of this biennium budget.

“We have to prepare for either no new monies or cuts moving forward,” he said. “Given that K-12 education is 51% of the state budget, I think it’s going to be pretty hard to get new monies.

“The larger concern is: Will we be cut?”

Parsley did, however, say that, corporation wide, the VCSC is up by about 25 students over last year; given the recent results of a 4-year, $40 million expansion and renovation project at its neighborhood elementary school buildings, they’ve seen students from other, nearby districts transfer in.

“So we’re certainly pleasantly surprised by that,” Parsley said. “Overall, I feel good about the budget. We’re done with our remodeling. We’re done with putting debt out there. We always budget for big ticket items, but with new facilities, I don’t see a lot of capital projects that will need to be addressed.

“The budget we have meets the needs of the VCSC, takes care of our students and staff,” he said. “It is a game you play, though. We know we’ll get cut. We just hope that, even after we get cut, we’ll still be right where we need to be to meet our expenses.”

Parsley added that, as advertised, about $13 million of that $37 million total spending plan will need to be generated by property tax revenue.

Parsley also on Monday reported to the board that the VCSC has gone a week with no new confirmed cases of COVID-19.

School officials, in the first two weeks of school, reported five cases of the novel coronavirus at Lincoln High School.

Those students and a handful of other students were sent into quarantine, but they are scheduled to come back soon.

“We’ve had no new cases since last Monday,” he said. “Of course you never know what’s coming in the next hour, even the next 30 minutes, but from where I’m sitting right now, I feel very good.”

In other business, the school board approved its annual school bus safety policy. Due to COVID-19, some language was added, specifically in making sure all students wear a mask while on the bus. The policy also mandates that each student be dispensed hand sanitizer when they board, that the bus driver wear a mask at all times and that there never be more than two students to a seat.

Each bus, too, this year has a seating chart students must adhere to.