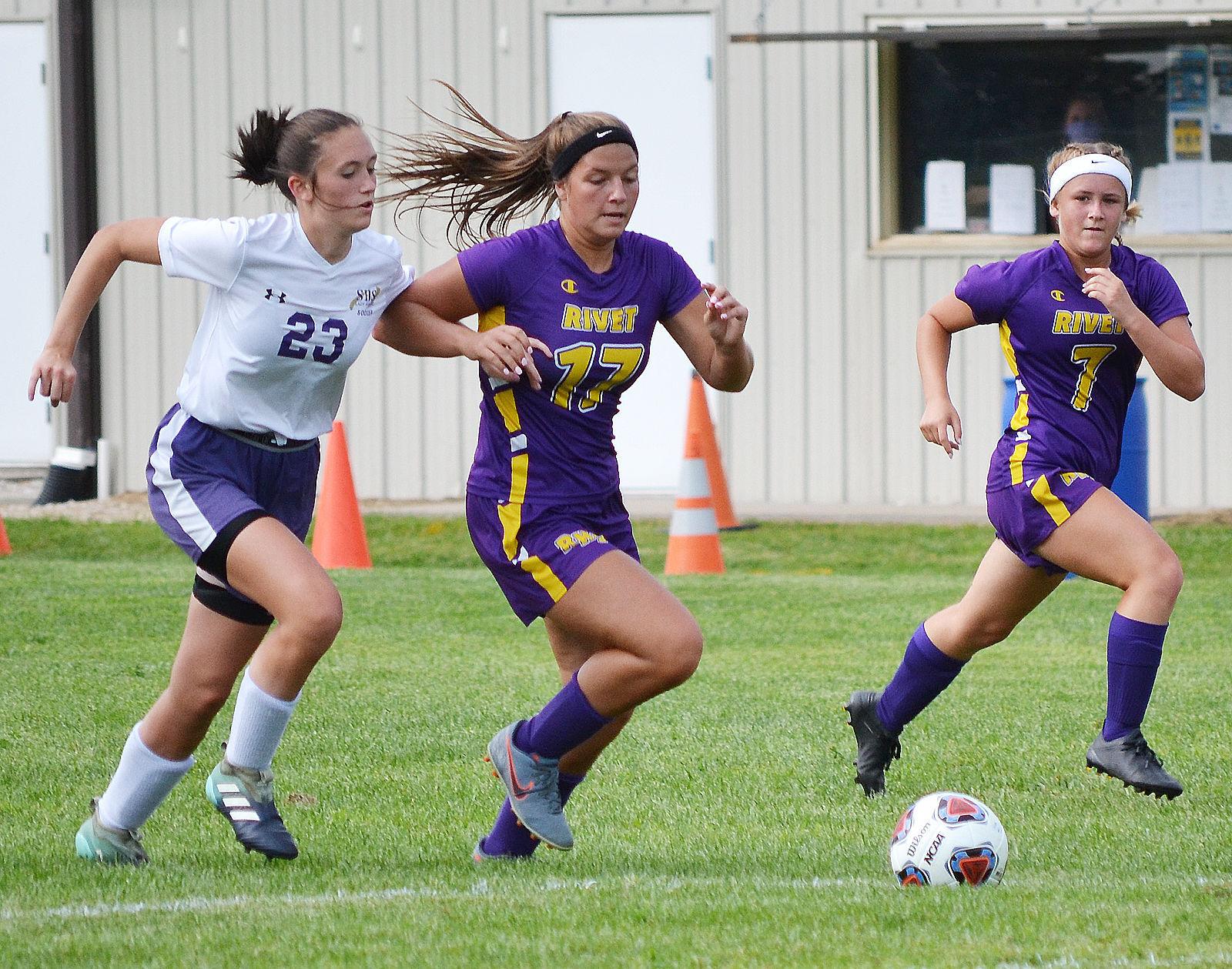 The Knox County Commissioners on Tuesday took back up discussions of a solar ordinance but quickly opted to hit pause yet again.

The commissioners say they are open to making changes — ones suggested by solar developers earlier this month — to the proposed legislation, which would regulate the development of solar energy systems in Knox County. They’ve even suggested amendments to Barnes and Thornburg, the Indianapolis firm drafting the ordinance.

But with no representative from Barnes and Thronburg at the meeting Tuesday — and in the absence of their own legal counsel, Andrew Porter — commissioners felt their hands tied in terms of moving forward.

“I have notes. I have my own ideas, but I don’t think we can amend an ordinance without an attorney here,” said commission president Kellie Streeter.

“I hate to push it again, but I don’t think we have much choice.”

Dan Farrell, a project development manager with Miami-based Origis Energy, and local resident Kent Utt, who is now serving as a consultant for Tenaska, another solar company located in Nebraska, spoke before members of the Area Plan Commission earlier this month as they considered the proposed solar ordinance.

Two of the three commissioners were in attendance to hear their concerns.

Farrell wanted to lessen the financial burden on solar companies by delaying the establishment of a decommissioning security bond until 20 years after the solar farm is constructed.

Utt asked that the county consider allowing for a preliminary permit, of sorts, so solar companies aren’t out hundreds of thousands of dollars in engineering costs only to see the county decline an application later.

APC members acknowledged that they were valid concerns — and listened to near three hours of discussion — but in the end, per the advice of legal counsel, decided they couldn’t make any changes to the ordinance. They did, however, give it a favorable recommendation.

Further amendments, they agreed, would be left up to the commissioners.

Streeter said the commissioners are open to addressing developers’ worries by making changes to the ordinance; she mentioned specifically Farrell’s concern over the decommissioning plan and said, perhaps, the commissioners could at least make sure there is no “overlap” in terms of their potential agreements with landowners. Farrell told the APC that there is often duplication as both counties and landowners require such decommissioning bonds; that, he said, can get very expensive.

Streeter, too, said she saw no reason why the ordinance couldn’t be changed to include a kind of “staged-in process” for solar developers to use as their engineering plans come to fruition.

A “fully-engineered plan,” Utt told the commissioners Tuesday, would simply cost too much.

“It would be more than a half-million dollars to have every spec and detail done,” he said.

The commissioners said they understood.

“We just want to make sure that, as a county, and as we do with all of our permits, that we know what the project entails,” she said. “I don’t think we need to front-load it all.

“I think we can all agree on that,” she said.

Commissioner Tim Ellerman, too, said he looked forward to putting the process — one that has now taken months — behind them.

“We want to get this done and get moved on to other things,” Ellerman said. “I don’t think there will be any surprises here.”

And Hinkle said it was not his intention to “hold up” any development as both Tenaska and Origis are looking at building solar farms here. Property owners in discussions with these developers, too, say they’re on board and want to see the ordinance finished.

In the end, the commissioners agreed they would schedule a special meeting to discuss the proposed amendments and likely approve it on second and third reading. 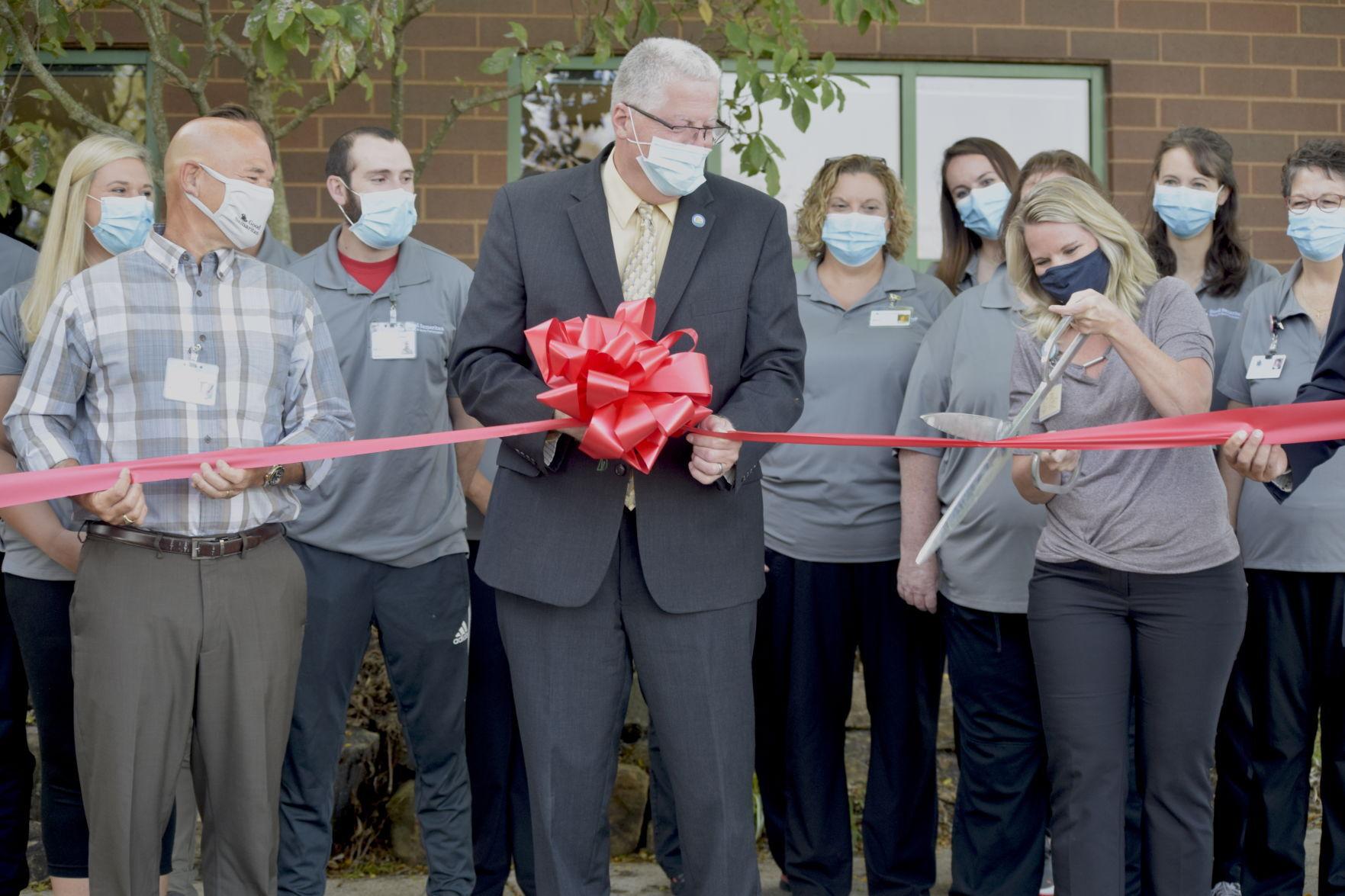 Good Samaritan Hospital on Tuesday celebrated the opening of its Center for Therapy and Sports Performance at 2020 S. Clearview Drive with a ribbon-cutting sponsored by the Knox County Chamber of Commerce. The hospital’s board of governors in June of last year voted to buy the building, previously the Clearview Eye Center. Moving Physical and Sports Medicine to 2020 S. Clearview Drive — a $1.5 million expansion project — was included in a 2019 strategic plan and allowed space in the hospital for its new internal medicine residency program, specifically its Internal Medicine Continuity Clinic. Pictured in the front from left are GSH CEO Rob McLin, Mayor Joe Yochum and Amy Pfoff, GSH physical medicine outpatient manager.

The Knox County Public Library Meeting House, located at the corner of Sixth and Hart streets, sustained damage Friday after a drunken driver failed to navigate the intersection and ran into the front door.

Tuesday’s Knox County Public Library board meeting ended with board members surveying the recent damage done to the library’s meeting house, located at the corner of 6th and Hart Streets.

Burton, 28, initially fled the scene in his vehicle but returned on foot shortly after where he was later arrested for operating a vehicle while intoxicated.

The driver was reportedly heading east bound on Hart Street, when he crossed over 6th and veered straight into the door of the west-facing building.

KCPL board president Yvette Kirchoff credited library director Emily Bunyan for arriving to the scene quickly and securing the facility.

“The public may not be aware of how much you do, particularly on your own time, but we are, and we’re thankful,” she said.

The library does not yet have an estimated cost of the damage.

In better news, the Bunyan was pleased to announce to board members that KCPL is acquiring a substantial donation of local historical documents and funding to properly preserve and maintain.

The family’s Simpson Nursery Company, 1504 Old Wheatland Road, is one of the oldest orchards and nurseries in the country, and Bunyan called the donation “a really fine addition to our collection.”

In other news, the board agreed to continue its partnership with the Indiana Public Library Consortium for Internet Access.

Bunyan explained to board members that participation in the consortium provides the library a substantial discount for internet service.

The public library agrees to utilizing software developed by the state, which filters out content on publicly accessed computers — the idea being to prevent children from accessing inappropriate content.

In exchange, the library benefits from a deep discount of its internet services.

“We currently pay $809 per month for internet services,” Bunyan said, explaining that without participation in the consortium, the cost would be more than $3,000 monthly.

KCPL also completed its 2021 budget and was approved by the state to receive a 4% increase. A public hearing will take place before next month’s KCPL board meeting and will then be presented to the board for adoption in October.

As its last order of business, board members agreed to a request from Bunyan to “loosen up” some health and safety measures.

Taking precautions against the spread of COVID-19, the library has seen patrons by appointment only since reopening its main building in early July.

The director said that while KCPL would still have a greeter at the door to check the temperatures of patrons, and ensure anyone entering is masked, she feels its nearly time to remove the by-appointment-only stipulation.

After Labor Day appointments will no longer be required for entry into the library’s main building at 502 N. 7th St.